ORANGE IS THE NEW BLACK Fans: Watch Lea DeLaria Pay Tribute to Ol' Blue Eyes as Part of SINATRA AT 100

Here's your chance to watch Lea DeLaria and more cover Sinatra's tunes without needing to do more than turn on a phone. 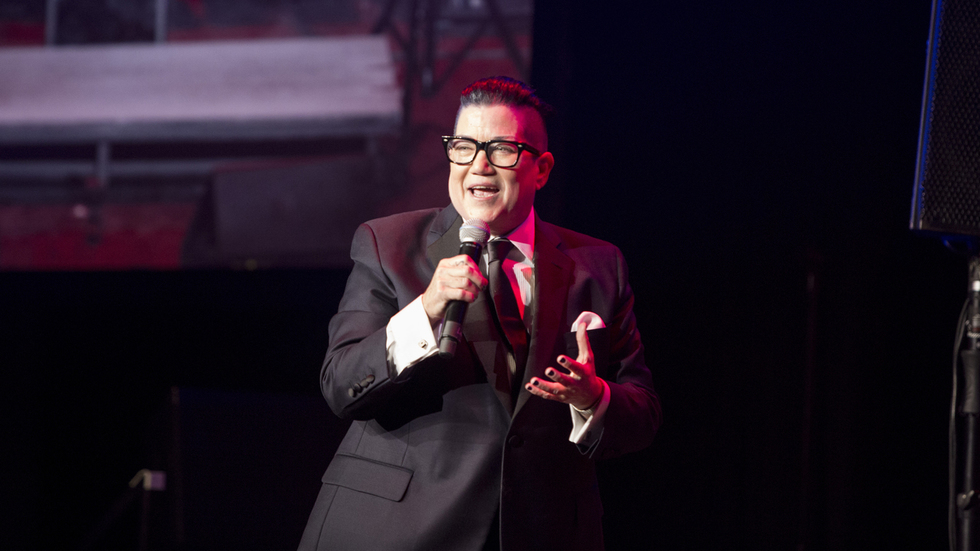 Orange is the New Black fans may only know LGBT trailblazer Lea DeLaria as the riotous comedienne who plays Litchfield's sardonic but sweethearted butch queen Big Boo on the hit Netflix dramedy. What fans likely don't know is that DeLaria is also an acclaimed longtime songstress with five jazz albums, multiple stints on Broadway, and a pair of killer pipes to her name.

During the 2015 Tribeca Film Festival, DeLaria emceed SINATRA AT 100: FILM & MUSIC, a starry musical tribute to Frank Sinatra's career as both singer and screen star during his centennial year. The event featured an eclectic array of artists ranging from Tony Bennett and NE-YO to The Killers' Brandon Flowers and Alice Smith, all united by a shared adoration for Ol' Blue Eyes and his enduring legacies as both classic performer and cultural icon.

If you weren’t able to see their performances, your phone can now fix that. TFF and Lincoln have collaborated on the new "Sinatra at 100" app, which grants users access to the festival’s Sinatra event in a lavish 360° presentation. The app is available in the App Store and Google Play on IOS and Android platforms for mobile and tablet devices. Message and data rates may apply. The 360° content can be optimally viewed using a virtual reality headset compatible with smartphone. Select 360° content from TFF: Sinatra at 100 will also be available on Lincoln’s YouTube channel, as well as YouTube’s main 360 channel.

"He had that thing, the romantic thing," DeLaria says of Sinatra. "He was so cool. Who was cooler than Frank?"

Go behind the scenes of the event with DeLaria during its preparation stages and then watch her gutsy, electrifying rendition of the old Guys and Dolls hit "Luck Be a Lady," which Sinatra indelibly immortalized in the 1955 film. You've heard the tune before, but you've never heard it quite like this. Watch the performance below: