Home » Tribeca News » Can We Talk About Nicole Kidman in ‘Stoker’?
View All News

Can We Talk About Nicole Kidman in ‘Stoker’?

This week, we’re highlighting some of the year’s most underrated performances that deserve wider recognition. Today we look at Nicole Kidman’s Hitchockian turn in Park Chan Wook’s ‘Stoker.’ 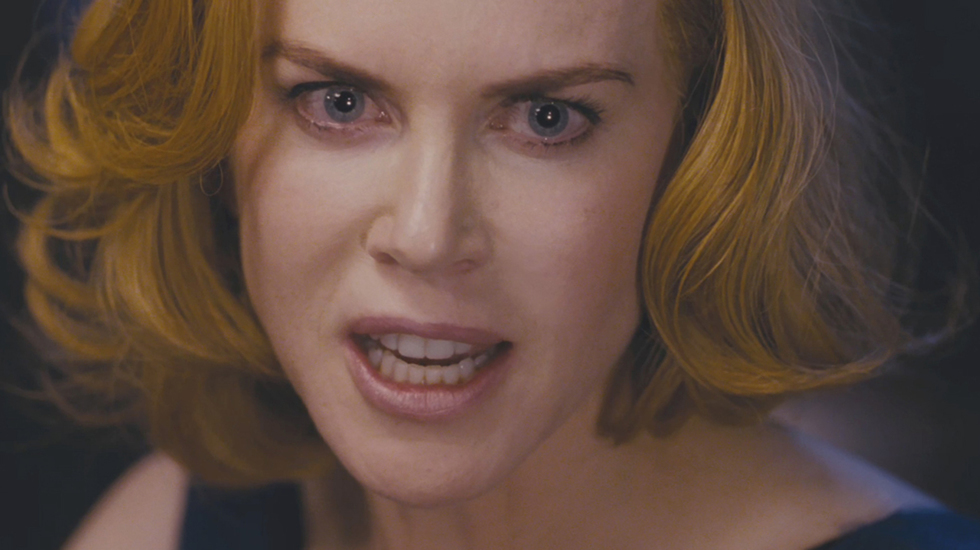 When Stoker premiered at this year’s Sundance Film Festival, it caused a mini-sensation. Written by Prison Break’s Wentworth Miller (right?!), the film marks legendary South Korean director Park Chan-wook’s first English-Language picture. Inspired by Alfred Hitchcock’s Shadow of a Doubt, this dark hybrid between a twisted family drama and a psychological thriller is every bit as good as you would expect it to be.

It’s no wonder that Park’s American debut would draw one of the best international casts of 2013. Mia Wasikowska plays India, a young woman whom we meet on her 18th birthday. Her father, Richard (Dermot Mulroney), the only person who could truly reach her, has died in a horrible car crash. In a tour de force performance, Nicole Kidman plays Evelyn, India’s grief-stricken mother.  Evelyn is resentful of India and Richard’s close relationship, which included long hunting trips together, and her relationship with her daughter is cold and distant. She broods about the happy marriage and happy daughter she should have had.

Obsessed with the façade, Kidman’s Evelyn always has perfect posture and her hair is done just right. Kidman exploits Evelyn’s fragility with her every glance and gesture. She’s unstable, on the verge of a breakdown, desperately in need of affection and attention. At the funeral, guests express doubt about her ability to take care of India and their fears are certainly justified.  When the mysterious, devastatingly handsome Charlie (Matthew Goode) attends the wake, Evelyn is intrigued. He is introduced as Richard’s brother, a world traveler who has been abroad for the last few years. Happy for the support, Evelyn welcomes him into their home to stay for a while.

Kidman exploits Evelyn’s fragility with her every glance and gesture.

Kidman as Evelyn radiates a strange kind of unnerving elegance. With a subtle swirling of her wine glass, Kidman hints to her character’s recurring problem with alcohol without all that unnecessary exposition. She drinks to escape her life and the jealously she feels towards India. In short—she’s a mess. Though she is aware of the danger that Charlie’s presence brings into her home, she cannot help herself. Angry at Richard for his neglect, Evelyn is susceptible to Charlie’s seduction, allowing herself to fall prey to his charms because for once feels like she is being chosen before India. Not the case.

To express Evelyn’s horror at learning that Charlie intends to run away with India, Kidman says nothing, letting her bloodshot eyes do the talking. She exudes smoldering rage in a bizarre scene in which she sets a bonfire ablaze in the yard and burns all of India’s hunting trophies.

Park Chan-wook’s uses dialogue sparsely in Stoker, and it is Kidman who gets all the juiciest lines. In a rage, she delivers one of the most memorable monologues of 2013 in front of an emotionless India.  During the rant, Kidman’s Evelyn muses about how a parent should want the best for their child, never making direct eye contact with India until she says “Not me. Personally speaking I can’t wait to watch life tear you apart.” Kidman is truly a marvel to behold.

Stoker, under the expert direction of Park Chan-wook, and Kidman’s excellent work are most likely going to be ignored by the Academy, which is a shame. This truly innovative film, which offers lush visuals, a beautiful score by Clint Mansell, and dynamic performances, deserves better.