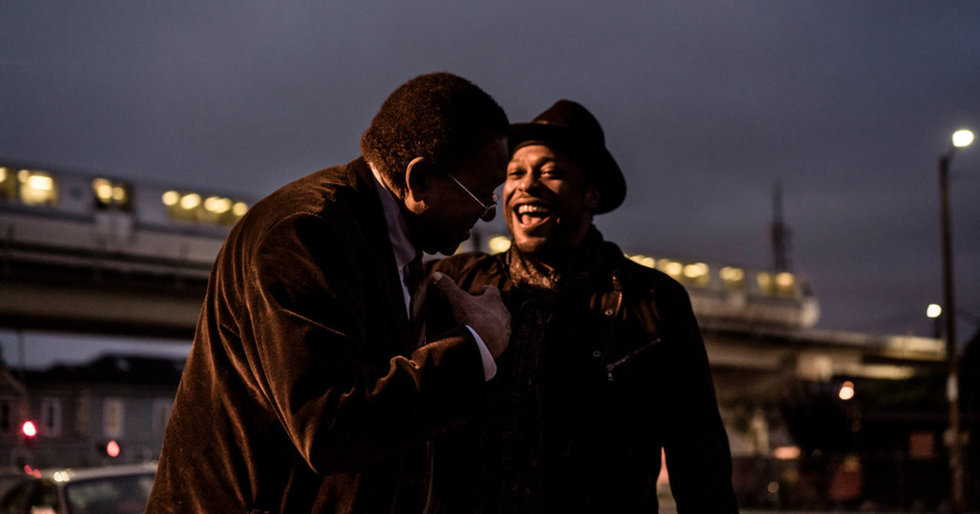 Those words come from D’Angelo, who's clearly unhappy with the current state of the music industry. On his long-awaited third studio album, Black Messiah, released last December, the soul singer/songwriter passionately addresses racial issues and social injustices, particularly on the song “The Charade,” but, in his eyes, records like that are a rarity in a time when, after the heartbreaking events in Ferguson and Charleston, social awareness should be a top priority. D’Angelo spoke candidly about these concerns with Black Panthers co-founder Bobby Seale in a must-see video from The New York Times, in which the two like-minded men from two completely different generations cruise around Oakland, Calif., and keep it real about their respective points-of-view.

It’s a loose and compelling discussion also highlighted by Seale’s emphasis on the Black Panthers’ misrepresentation in the media and in the history books—more than just gun-toting revolutionaries, the Panthers promoted activism and charity. Clearing that air is also the aim of the new documentary The Black Panthers: Vanguard of a Revolution, directed by Stanley Nelson; TribecaFilm.com sat down with Nelson to chat about the film and the Panthers’ legacy in two exclusive videos. Check them out below.

For the full piece with D’Angelo and Bobby Seale, head over to the New York Times.