Here’s a look at five documentaries that should be priority on your calendar, along with screening info. 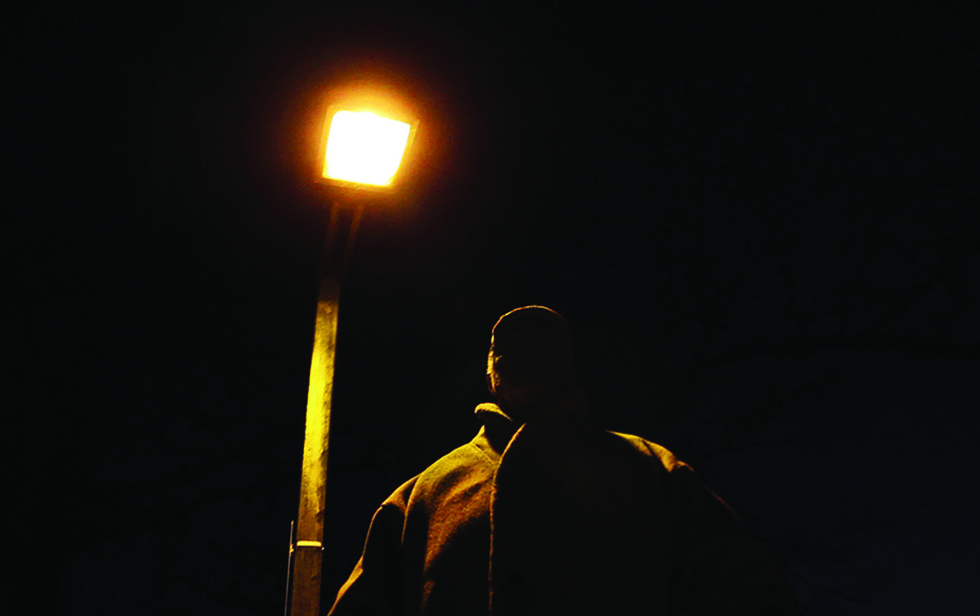 Film festivals typically come with the same kinds of attractions: starry movies, movie stars, red carpets full of movie stars and post-screening Q&As where attendees can get up close and personal with said movie stars. And those festivals are a blast. But there are some movie fests that essentially tell A-list celebrities to, in the immortal words of the late Big Pun, “Go that way.” The seventh annual Human Rights Watch Film Festival is one such event, and its organizers look past big names and glitzy premieres for the best possible reasons.

Heavy on documentaries and proactively aimed at promoting social awareness, the Human Rights Watch Film Festival covers a wide range of international non-fiction storytelling to grapple with issues that most news networks either gloss over, ignore altogether or relegate to shortened call-outs tucked in between Kardashian sightings or the latest sports-related scandals. Did you know for instance, the Islamic revolution on 1979 left female singers legally unable to perform their music? The 2015 Human Rights Watch selection No Land’s Song is here to teach that overlooked reality. Does the Pathway Home ring a bell? Probably not, but it should, since it’s a groundbreaking therapy center for PTSD sufferers (and the focal point of the doc Of Men and War).

This year’s Human Rights Watch Film Festival kicks into gear tonight, with screenings scheduled at the Film Society of Lincoln Center and downtown’s IFC Center throughout the next ten days. The full lineup and schedule can be found here, but to get a sense of the festival’s most intriguing films, here’s a look at five documentaries that should be priorities on a New Yorker’s calendar, along with screening info.

At their best, documentaries place viewers directly into worlds they’d otherwise never enter because, well, they’re either not prepared to enter or most likely shouldn’t enter as everyday citizens. (T)ERROR, the alarming debut from co-directors Lyric R. Cabral and David Felix Sutcliffe, is that sentiment exemplified to its most intense and dangerous points.

An unprecedented on-the-ground exploration of the FBI’s counterterrorism operation, (T)ERROR, which recently screened at this year’s Tribeca Film Festival, inserts its viewers into previously impenetrable arenas like governmental surveillance, and it does so through the eyes of Saeed “Shariff” Torres, a former Black Panther who works as an FBI informant. An ex-con, Torres is paid minimum wage to infiltrate the lives of suspected stateside Al Qaeda members, a job that, yes, seems like it’s worth more than the same pay received by teenagers working in retail stores. Cabral and Sutcliffe’s film looks at that bitter reality, as well as issues of racial profiling and the violation of basic freedoms, as Torres zones in on a Muslim suspect living in a nearby Pittsburgh apartment.

(T)ERROR unfolds like a classic cat-and-mouse thriller, except it’s not a "movie." It’s real life, and its investigation of how the government can probe the interior lives of anyone and everyone will both startle and fascinate you.

It’s sadly almost become a weekly routine: the news surfaces that an unarmed young black man has been murdered by an older white man, the latter often being a police officer. And one case is never any less than troubling and maddening as the previous story, but what’s often lost in the media’s coverage of these tragedies are the personal stories of those who’ve lost their sons, brothers, husbands and/or fathers. A brief cutaway to a press conference within a longer news segment isn’t enough. To fully understand the magnitude of these tragedies, you need to spend time with those who are the most affected.

That’s exactly what director Marc Levin allows viewers to do with 3 ½ Minutes, 10 Bullets, an intimate look at the consequences surrounding the murder of Jacksonville, Florida, 17-year-old high school student Jordan Davis. The day after Thanksgiving in 2012, Davis and three friends were parked at a gas station in front of middle-aged Michael Dunn, their car’s speakers loudly blasting hip-hop music. Dunn walked up to their window and an argument ensued over what Dunn called “thug music”; minutes later, Dunn fired 10 bullets into the vehicle, killing the unarmed Davis.

3 ½ Minutes, 10 Bullets shows that event’s aftereffects from Davis’ family’s perspective, particularly his parents, whose intense grief and anger fuels this necessary addition to the #BlackLivesMatter conversation.

The Black Panthers: Vanguard of the Revolution
Director: Stanley Nelson

While the mainstream coverage of #BlackLivesMatter hasn’t given the victims’ families a sufficient enough spotlight, the media has, to its credit, supplied the platform for the protestors and activists on its front-lines. Because of that, veteran documentarian Stanley Nelson’s The Black Panthers: Vanguard of the Revolution feels like a good companion piece to 3 ½ Minutes, 10 Bullets, showing the other side of reactionary, change-seeking coin.

Inspiration for today’s protestors oozes throughout The Black Panthers, Nelson’s examination of the infamous group of radicals who demanded societal fixes “by any means necessary” back in the 1960s. More than just a historical breakdown, the film contextualizes the Black Panthers Party through interviews with multiple one-time members, old-school journalists, the lawyers who worked their cases and the cops and FBI agents who went head-to-head against the revolutionaries.

Before seeing The Look of Silence, it’s mandatory to first watch director Joshua Oppenheimer’s 2012 documentary The Act of Killing for two reasons: one, this is Oppenheimer’s direct follow-up to that award-winning film, and, two, The Act of Killing is the absolute definition of must-see cinema. It’s a difficult watch, capturing former executioners in Indonesia reenacting how they carried out the genocide of suspected Indonesian communists in 1965 and 1966, via movie-like productions that are as horrifying to view as they are exciting to produce for The Act of Killing’s subjects.

The Look of Silence dials into one specific family’s reaction to its predecessor. After watching The Act of Killing and learning who killed his older brother during the genocide, an optometrist named Adi confronts the perpetrators and calls them out as Oppenheimer rolls his camera. Though it’s much smaller in scope, The Look of Silence equals Oppenheimer’s heart-wrecking earlier film in sheer emotional devastation.

Fact: there’s more to Afghanistan than the Taliban and what you see and hear on CNN. It’d be understandable to never consider that thought, however, since most of our country’s media coverage of Afghan matters revolves around how the U.S. forces are working to keep the Taliban out of the country. But what about the Afghan people on the ground, the ones being protected? More specifically, what about the kids?

In What Tomorrow Brings, filmmaker Beth Murphy moves past the militarism and international relations to spend time inside the Zabuli School, an educational haven dedicated solely to the small Deh Subz community’s little girls—a first for the conservative village that, before Zabuli, didn’t allow its young women to receive a formal education. Murphy trails three students, a pair of teachers, and Zabuli’s founder, Razia Jan, to shine a light on the pint-sized folks who encompass Afghanistan’s future, even if CNN and MSNBC producers won’t pay them any mind.