Who doesn’t love a hometown story? 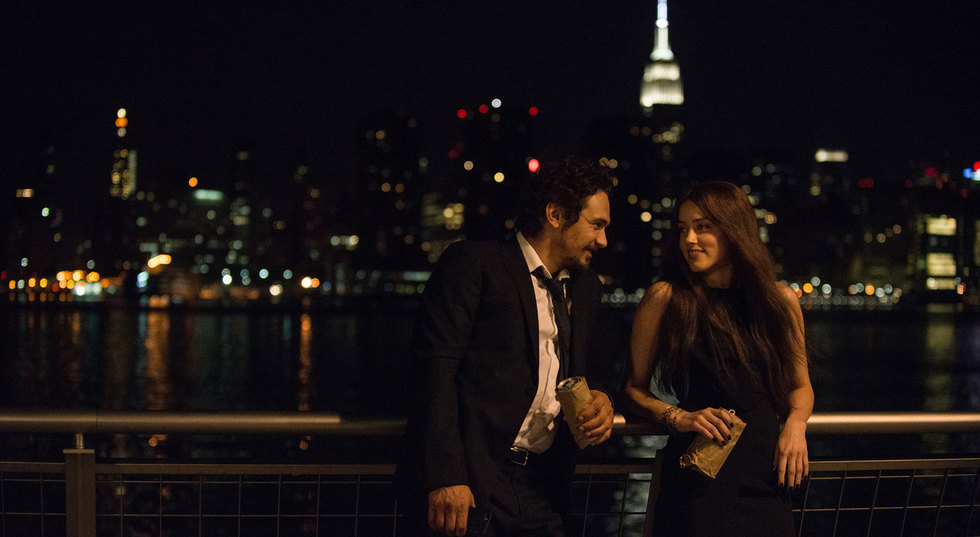 Out of the 40 first time filmmakers participating in this year’s Festival, 12 are women directors based out of New York City. With diverse and stimulating films from both narrative and documentary storytellers, we’re proud to introduce these innovative new artists to Tribeca audiences. Check out the film guide to get to know the rest of the films scheduled for this year's festival.

New Yorkers will no doubt remember Gilberto Valle, the former NYC cop who served 21 months in jail after being convicted of conspiring through his online Fetish profile to kidnap and eat young women. After she began visiting Valle in prison, filmmaker Erin Lee Carr was able to follow his life after his release as his conviction was overturned in a shocking reversal in July 2014. Lee Carr’s film seeks to answer the troubling question of whether Valle is a potential danger to society or just a guy who is guilty of having disturbing thoughts.

The Armor of Light
Abigail Disney

Veteran indie producer Abigail Disney makes her directorial debut with The Armor of Light, a documentary that follows the ministry of Reverend Rob Schenck, a conflicted evangelical minister who opposes gun violence in America while preaching his pro-life beliefs. Along the way, his journey intertwines with Lucy McBath’s, the pro-choice mother of a murdered, unarmed teenager, as they both struggle to make a difference. Known to TFF audiences for her Prey the Devil Back to Hell (which won the TFF 2008 Best Documentary Feature Prize), Disney’s keen hand guides this thoughtful film that explores what happens when activists from opposing sides find common ground.

All Eyes and Ears
Vanessa Hope

Documentarian Vanessa Hope makes her feature documentary debut at TFF with this examination of the U.S-China relationship and the nature of diplomacy. She uses personal accounts from Jon Huntsman Jr., Ambassador to China and former presidential candidate, his adopted Chinese daughter Gracie Mei, and blind legal activist, Chen Guangcheng.

Are you desperate for an alternative to online dating? Amy Kohn’s fascinating documentary follows Kelly, a 33 year old woman who has decided to forgo the world of traditional dating and to enter into an arranged Christian marriage brought about by her following the ritual of Courtship. In this process, her “spiritual” parents work, in conjunction with God, to find a husband for their “daughter.”

Winner of the U.S Documentary Grand Jury Prize at this year’s Sundance, Crystal Moselle’s fascinating film will introduce New York audiences to the Angulo brothers, six movie-obsessed teenagers who live in isolation on Manhattan’s Lower East Side. As they pass time by watching and re-enacting their favorite films, the teens tentatively begin to experience the real world for themselves instead of channeling it through films.

In a society immersed in conflict, a group of Pakistan’s most talented classical musicians seek an audience outside their homeland. Along with co-director Andy Schocken, documentarian Sharmeen Obaid-Chinoy follows the ensemble known as the Sounds of Sachal as they achieve international acclaim and perform with Wynton Marsalis at Jazz at Lincoln Center. However, they still ponder what their success means if they can’t find an audience at home.

Pamela Romanowsky both adapts and directs her first feature based on the memoirs of writer Stephen Elliott, starring James Franco, Ed Harris, Amber Heard, Christian Slater and Cynthia Nixon. The film follows Elliott (Franco) who must deal with his estranged father (Harris) who claims that Elliott has fabricated his unpleasant childhood as fodder for his work.

Already known to P.O.V fans for Summer Pasture, her intimate TV documentary about a Tibetan family struggling to keep their traditions as the world around them is changing, Lynn True is making her feature directorial debut with In Transit. Co-directing alongside Nelson Walker, David Usui, and the late Albert Maysles, True (who also edited the film) and her collaborators weave together a series of poignant vignettes focusing on various travelers aboard The Empire Builder, America’s busiest long-distance train service.