'American Gods' is the latest in an exciting trend in TV storytelling. 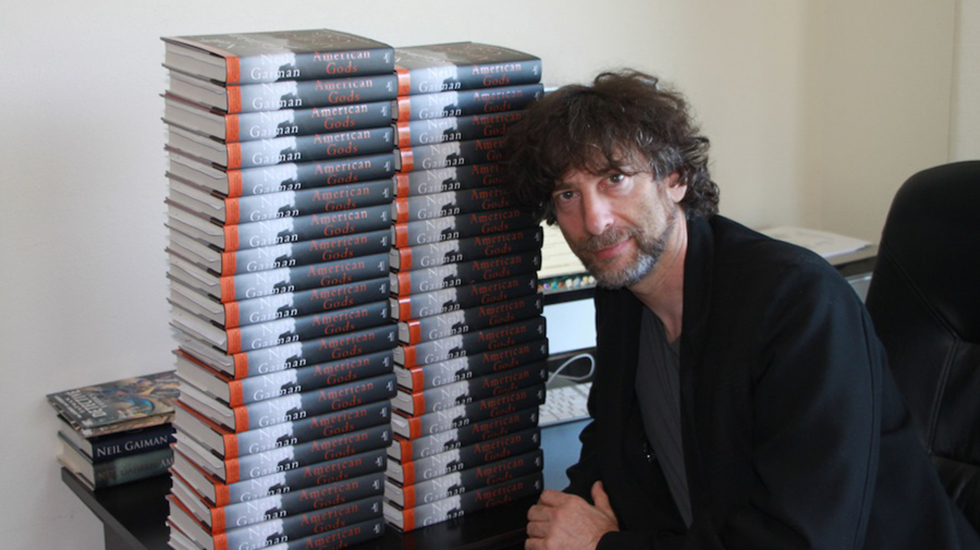 It was announced earlier today that Starz has come on board American Gods, the TV series adaptation of Neil Gaiman's wildly popular 2001 fantasy novel. While I haven't read the novel, I'm nevertheless struck by the news that the high-profile contemporary novel is getting the series treatment. It's nothing exactly new, of course - Jennifer Egan's A Visit From The Goon Squad was (and perhaps still is?) reportedly in development at HBO, and then the Sundance Channel, and Noah Baumbach and Jonathan Franzen famously took a stab at turning The Corrections into an HBO series. Game of Thrones is, of course, the most popular show on HBO, though things are a bit different with that series, since it's based not on one novel, but on a series of many.

TV's prestige is already cemented at this point, but as we continue to see more flow between the realms of the novel and TV, one imagines that television will become increasingly dominant with the respect to the market share of intellectual viewership that it commands. Is this a bad thing for cinema? Not necessarily, but it's interesting to ponder what will happen as more and more novels become the bases for TV series.

One imagines that television will become increasingly dominant with the respect to the market share of intellectual viewership.

The novel, of course, is the perfect model for a TV series adaptation (as a short story is for a film), and it's only a matter of time before a work of major contemporary literature (a la The Corrections) serves as the basis for a newly seminal series. When that happens, we'll see a certain kind of filmgoing audience - the intellectual, art-house-loving public - shift allegiances to one degree or another.

Where does that leave film and filmmakers? One wonders if TV is the proper domain for filmmakers exercising their chops on a grander scale, or if the demands of the medium (an enormous amount of story to work with) necessitate that, no matter what, it will always be writers who control the medium. Even True Detective, that most cinematic of series (thanks to the presence, no doubt, of helmer Cary Fukunaga), was created by novelist Nic Pizzolatto.

We'll see a certain kind of filmgoing audience - the intellectual, art-house-loving public - shift allegiances to one degree or another.

If intellectual viewers, the sort of folks who help art films make some small (yet hopefully not insignificant) amount of money, begin migrating to TV (there's especially a vulnerability with younger folks of this ilk, the sort of people whose viewing habits have not yet been set in stone), the audience for art cinema could take a hit. And if those art filmmakers find themselves unable to skillfully tell a novelistic story across the span of at least eight hours, they may find themselves in a difficult predicament.

The logical response, it seems to me, is for filmmakers to find a way to tell stories in TV that, while spanning many hours, retain a visual element above all else. If cinema's format can be converted to TV - which seems increasingly possible when you think about how visually striking a show like True Detective was - then perhaps there are new kinds of TV storytelling, modes that do not privilege writing above images, that are yet to be explored.