One9 and Erik Parker On How To Sell Your Movie

In this four-part series, filmmakers One9 and Erik Parker provide a behind-the-scenes look at the making of ‘Nas: Time Is Illmatic’ and fill us in on what happened after their film opened the 2014 Festival. 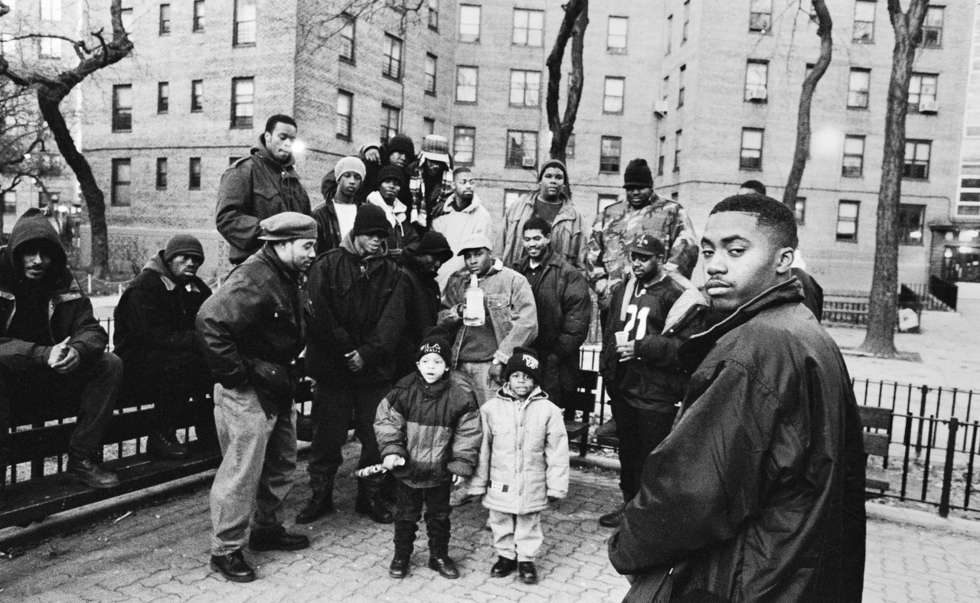 In the third installment of our four-part series on the making of Nas: Time is Illmatic, One9 and Erik Parker share their experiences searching for a distributor and finding a home at Tribeca Film. The two artists also discuss their involvement with the film’s release strategy, Nas’s unique music/film combination, and why they’ve both fully embraced the age of digital distribution.

Tribeca: What advice would you give to filmmakers looking to secure a sales agent? Can you talk about your experience?

One9: Our approach to identifying a sales agent was unconventional.  Erik and I, first and foremost, wanted to make the movie we wanted to make.  So we sent out trailers and scenes to people we trusted who could put in a good word for us with their contacts. Our trailer eventually fell into the hands of Orlando Bagwell, the former head of JustFilms at the Ford Foundation. Orlando gave us good advice about potential agents and distributors.  Finally, we were fortunate to work with Tribeca All Access, which has a great program

Erik Parker: We are alumni of the Tribeca Film Institute's All Access program. Among the many benefits and resources the program provided to us was access to many sales agents. In fact, there was a few days when we pretty much speed-dated industry people—lawyers, distributors, funders, and agents—with all the meetings set up by the All Access program. In our experience, it is important to meet with potential agents to get an idea of how you feel about them on a personal level. Before that, it's good to do your research.

Word of mouth is very powerful. Find people who have had dealings with each agent you are considering. See who will give you the attention you need. The right fit will probably consist of many variables. You should look at the movies they sold that are similar to  your own. We decided to go with Submarine Entertainment. They sold some great music docs in the past and had a great reputation. They also took time to explain the business to us. It worked out for us all.

After ten years of bringing a film from thought to finished project, we couldn't just sit on the sidelines and watch.

One9: When it came to distribution, Erik and I—along with the sales agents from Submarine—went through a long process of narrowing down our choices. Tribeca was under consideration from the beginning because we felt connected to what they were doing with film, community, marketing and distribution. With the opening night success at the 2014 Tribeca Film Festival, we felt that, with Nas, we could replicate that model with film and concert screenings across the country. We felt Tribeca’s model of distribution of day and date with the cross-promotional film/concert tour together with additional sneak preview one day screenings across the country was the right fit for our film.

Erik Parker: We had a great experience with all things Tribeca so it was just a short leap of faith to sign a distribution deal with Tribeca Film. As far as I know, we are the only film to ever pull off this Tribeca trifecta. By the time it came to selling the film, we had already felt like family. Jane Rosenthal has been an outspoken ambassador of the film. We loved her passion and the Tribeca family as a whole.

That is not to say that we blindly signed with Tribeca because we were kin. There were other suitors. But in the end, Tribeca Film offered the right mix of passion, care and great plans for the film. Whereas some distributors will sign a film and cast aside the ideas and desires of the filmmakers, we felt comfortable that we could work alongside Tribeca Film to see our film through each step of the process. That was important to us. After ten years of bringing a film from thought to finished project, we couldn't just sit on the sidelines and watch.

Tribeca: What kind of input did you have into the release strategy of Nas: Time is Illmatic?

One9: We were able to work in conjunction with the marketing and promotional team to keep the integrity of the film, which was key to us.

Erik Parker:  We are full partners. It's a very rewarding process. We were able to have input into the design of the poster and the cut of the trailer. We probably drive the good folks at Tribeca Film crazy at times, but they never let on that we do. That's awfully nice of them.

Tribeca: Have you fully embraced the age of digital distribution? Is a wide theatrical release as important as it used to be for filmmakers?

Erik Parker: Every filmmaker wants a wide theatrical release. We all remember going to the movies as young people, dreaming of making a movie or just getting lost in the smell of popcorn and the flickering lights of the old-time projectors. Today's filmmakers are beginning to accept alternatives to the wide release. Netflix, HBO, iTunes and other outlets offer viable alternatives that filmmakers of today can be happy with.

Ultimately, we want the film to be seen by as many people as possible. Ideally, it would be while eating popcorn in your favorite multiplex, but being seen trumps all. Nas: Time is Illmatic will be releasing to VOD as well as enjoying a limited theatrical run. It's the best of both worlds, in a way. Those who wish to see it in theaters can. Others can watch it from the comfort of their homes, hopefully on an oversized flat screen with Dolby Surround Sound. Either way, the point is they CAN SEE IT.

One9: We feel you have to move with the times. New platforms for film will be constantly ongoing and changing. You have to embrace new models and platforms for distribution.

Tribeca: Nas will appear in concert after the film in select cities. Can you tell us a little more about the tour?

Erik: The tour will attempt to capture lightning in the bottle—or to recreate the Tribeca Film Festival Opening Night. When I first heard that he would be performing the entire Illmatic album after the film, I had some concerns about audience fatigue. It was, after all, a Tribeca audience and they would have just sat through the documentary film. Of course, I knew that the fans would love it and want more. I still had some secret reservations about the entire house getting into the performance after the movie. Those concerns proved to be unwarranted.

By the time the curtains came up with Alicia Keys tickling the ivories with "New York State of Mind," the house was buzzing. Elderly white ladies, eccentric film critic types, old school b-boys (and at least one 7 year-old girl, my daughter) were enthralled by the performance. They all were on their feet. Well, not the 7 year-old, but it was well past her bedtime. Otherwise, the entire crowd was enjoying the performance. Turns out, the film provided enough context for the Illmatic for the audience to be able to appreciate the performance and gave Illmatic fans a new understanding of their favorite MC. It's magic. Nas walked the crowd through his Illmatic hits like a tour guide skating down memory lane. Along the way, everyone got it. I loved the moment in the performance when people from all walks of life came together around the poetry of a high school dropout from Queensbridge, New York. Like Nas says in the beginning of the film, "Who woulda thunk it?"

One9: The feedback we received from Nas from Tribeca’s opening night in NY was incredible. When we received the news about Nas touring the country performing Illmatic with the film, we knew this would be a moment that not only connect the generations through music and film, but also raises awareness of the social economic issues addressed in our movie.