Filmmaker Nancy Kates Takes On An Icon In ‘Regarding Susan Sontag’

This TFF 2014 documentary (which airs tonight at 9PM on HBO) examines one of the most prominent cultural critics of the past century. 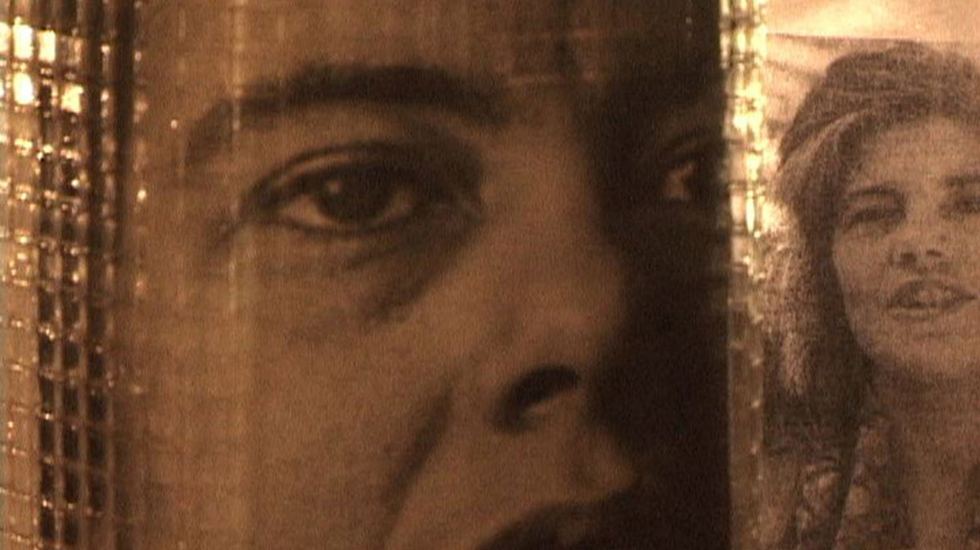 Filmmaker Nancy Kates explores the life of one of this country’s most provocative thinkers in her fascinating documentary, Regarding Susan Sontag. Through archival materials and interviews with Sontag’s friends, family, and admirers, the filmmaker creates an intimate portrait of the complex and controversial critic and essayist. Often relying on quotes from Sontag read by the great Patricia Clarkson, the documentary details the defining moments (both triumphs and failures) of Sontag’s public career and private life.

We spoke to Kates about her extensive research, her wooing of Patricia Clarkson to work on the film, and her belief that documentaries are written in the editing room.

Tribeca: Regarding Susan Sontag celebrated its world premiere at the 2014 Tribeca Film Festival. Can you talk about that experience? Was HBO already on board?

Nancy Kates: HBO had already been on board for a couple of years, which was just a huge honor. My first film premiered at Sundance, so initially all my focus was on that Festival. I had never been to Tribeca before—the Festival, not the place [laughs]—but Geoff Gilmore had programmed my first film at Sundance in 1995. I don’t know him personally, but I thought it was a really sweet coincidence. In retrospect, it was much better to first screen the film in New York City.

We finished the film only about three weeks before the Festival. It felt like a mad rush. I was so exhausted, but I knew I was about to enter into this experience with other wonderful filmmakers, so I had to pump myself up. I got to meet all these great new people, hang out with old friends, see my family and the crew from California, and ended up having this big party. It was like a wedding or Bat Mitzvah or something [laughs].

We spent eight years making the film. I remember introducing the film at Tribeca and saying, “we’re here because of eight years of work.” I don’t even know if other people felt the enormity of the task the way I felt it. When you start making a film like this, you don’t actually think you’re ever going to get done with it! I’m just so grateful Tribeca gave us the opportunity to screen the film.

I just looked at those illustrations and realized that’s what Susan Sontag was: she was made out of letters.

Tribeca: Do you remember your introduction to Susan Sontag and her works?

NK: People keep asking me this question and I just don’t. I went to college in the early 80s and Susan Sontag was just in the air. If you were smart, female and curious, you were interested in Sontag. No one ever told me to read her—she was never assigned to me in class, but I did find her work somehow. The Susan Sontag Reader was published when I was a sophomore. I still have my copy, but since it is in paperback, it has fallen into two pieces. I used it so much during the making of this film [laughs].

It’s a beautiful thing almost. It’s old, but it’s still so useful. We would just look at this half or that half depending on where we were at with the filming [laughs]. I could probably spring from another copy, but I don’t see the point.

Tribeca: Was it an intimidating undertaking to make a film about a pop culture and literary giant like Sontag?

NK: Oh, very intimidating. The first interviews we did were overseas, which was probably a mistake. We went to Paris, London and South Africa. I was really nervous. The first cinematographer I worked with on the film was Sandi Sissel, who told me to buck up and stop being so apprehensive because I wouldn’t do a good job with the interviews otherwise [laughs]. I went on the trip with seven or eight books, which were not available on Kindle at the time. I’m a relentless researcher so I had to lug those tomes from county to country.

We worked with over 130 archives from around the world during the course of making this film. UCLA had over 400 boxes of material relating to Sontag. Sontag herself published sixteen books before she died and many other works have been published after her death. My big joke was that we had to stop doing research so we could actually make the film.

Tribeca: I was impressed that you were able to pack in as much information about Sontag as you did in 100 minutes.

NK: I really want to give credit to John Haptas, who was my editor on the film. There aren’t many editors who could have pulled this off. I think he’s brilliant visually and brilliant intellectually. He, along with my main cinematographer Sophia Constantinou and composers Laura Karpman and Nora Kroll-Rosenbaum, had a huge role in shaping the film.

In terms of how we organized the material, I worked with the archival researchers to amass a phenomenal amount of material, and John had the task of helping us sort it all out. We had arguments, of course. That’s what happens in the editing room.

Tribeca: I noticed that John also has a co-writer credit in addition to serving as the film’s editor. Can you talk more about that collaborative process?

NK: Documentaries are really written in the editing room, at least the way I make them. I did the research, wrote the script and found the quotations that Patricia Clarkson narrates over the course of the film. I felt like he needed a writing credit because we did this together. I feel writing in the sense of telling a story in many ways becomes the job of the editor in the documentary world.

Making a film like this is like making a really big quilt. It’s as if the filmmaker and the editor are sewing together certain pieces of fabrics that they are selecting from a room piled high with possible choices. Even with all our research, we still didn’t have the whole story because Sontag’s dead and there was only so much footage available. We had to figure out together how to structure a story.

Tribeca: What’s the most surprising thing you learn about Susan Sontag over the course of making this movie?

NK: The thing I learned that I pondered the most was the fact that Sontag really wanted to be a great novelist, but she didn’t want to write about her passions for women. So she essentially limited herself. I also don’t think she had the storytelling skills to become a great novelist, so her instincts may have been correct. She wrote from her head instead of from her heart, and that process didn’t work as well for her fiction as it did for her essays. Not exactly surprising really.

It was also interesting to get to know her sister and learn how Susan wanted to keep her family’s origins off-screen, so to speak. She didn’t want to admit that she had a family or a childhood. That felt really sad to me.

Tribeca: I really wanted to hear from Susan’s son, David. He appears only briefly in the documentary through outside footage. What was his reaction to the film?

NK: As far as I know, he hasn’t seen it. He wasn’t interested in being involved in the film, but I would have loved to have heard from him too. I had to decide early on that we were going to make the movie with or without his involvement. People also ask about Annie Leibovitz (Susan’s longtime partner), but she chose not to talk with me.

Tribeca: My favorite interviewee was Harriet Sohmers Zwerling, the writer/artist who was a former partner of Susan’s.

NK: She’s great, isn’t she? Harriet’s been in several documentaries, including an upcoming one about Maria Irene Fornes. She’s been adopted by this coalition of lesbian documentary filmmakers, which is great because Harriet only has a son and no daughters. I keep telling her that as she’s getting on in years, this connection with a group of such interesting women is the best thing that could possibly have happened [laughs]. We check in on her, and I get lunch with her on occasion.

My big joke was that we had to stop doing research so we could actually make the film.

Tribeca: I really like the transition shots of the letter blocks in between stories about Sontag and interviews. Her whole world seemed to be the written word. Were you inspire by her credo of writing a minimum of 2 hours a day?

NK: Partially. I happened to go to Prague while I was working on the film because I wanted to read stories about the Golem myth. I went to the library and got all these books, which I found in the children’s section. There was one by Elie Weisel, which had these incredible drawings of tiny houses made entirely from Hebrew letters. I just looked at those illustrations and realized that’s what Susan Sontag was: she was made out of letters.

I was working with an editor to make a fundraising trailer, and he told me it felt like we were missing something. I went out and bought the wooden letters you see in the film. I searched flea markets for different materials. Plus, I also started having these dreams about Susan Sontag that inspired the letter landscape you see in the film. I don’t know if that’s TMI [laughs]. I had the sense that we needed to use typography as part of the film.

Tribeca: You mentioned Patricia Clarkson earlier, who I felt did a fantastic job with the narration. How did she come aboard the project?

NK: Patricia was my first choice so it was really exciting when she said yes. I got in touch with her agent, and I wrote her a really nice letter. I never wanted her to do a Sontag impression or anything. The reason I wanted her is that we needed an actress with a great voice who’s undeniably elegant and intelligent.

I also happen to know the cousins of Oliver Platt, who starred with Patricia in Pieces of April and a few other projects. So I name-dropped the Platt family hard [laughs]. The Platts think this is hilarious, by the way. Plus, I sent her two jars of home-made jam.

Tribeca: Well, how could she refuse?

NK: [laughs] And a copy of Sontag’s first volume of journals, so maybe the jam wasn’t the tipping point. But how many people send her home-made jam? I don’t know if she even ate it.

Tribeca: It’s the thought that counts.

NK: I think in the end, it was the material and not the jam, which interested her.

Regarding Susan Sontag airs tonight at 9PM ET on HBO.