This eccentric comedy features Fran Kranz as a man-child turned hapless gumshoe who investigates the death of his best friend: Mouser the cat. 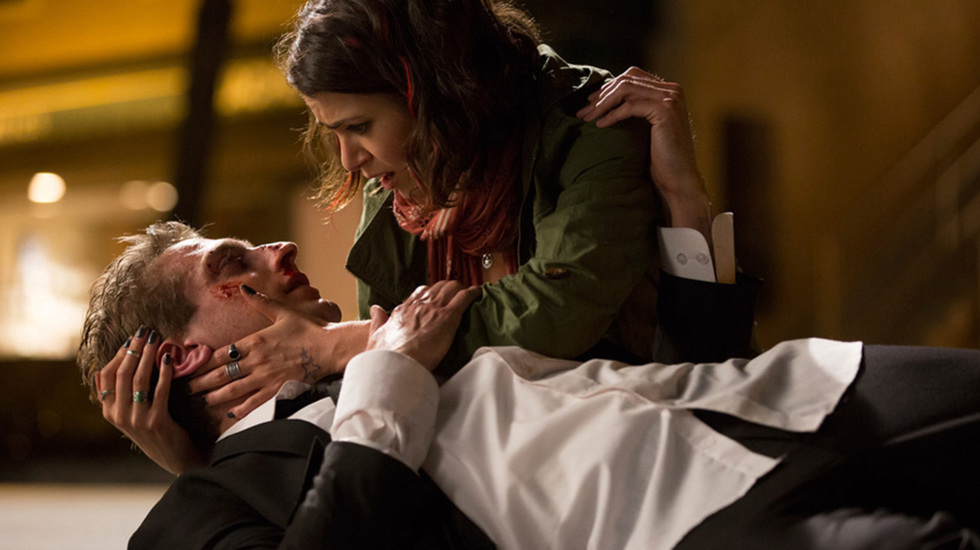 Produced by the legendary Sam Raimi, Gillian Greene’s Murder of a Cat is the offbeat comedy/noir hybrid that delighted audiences at this year’s Tribeca Film Festival. The film features Cabin in the Woods star Fran Kranz as Clinton, a 30-year-old man still living at home with his mother, who awakes one morning to find his cat dead in the street, murdered by someone wielding a crossbow. Clinton vows to find out who killed his feline friend and finds an unexpected ally in his neighbor, Greta (Nikki Reed). Together, the two play detective and discover a conspiracy more complex that they could have imagined.

Also starring J.K. Simmons, Blythe Danner and Greg Kinnear, this twisted comedy explores and exposes the darkness lurking under the slick veneer of suburbia. Murder of a Cat hits select theaters, iTunes and VOD on December 5.