Home » Tribeca News » Is The 'Into the Woods' Movie Going To Be Really Good?
View All News

Is The 'Into the Woods' Movie Going To Be Really Good? 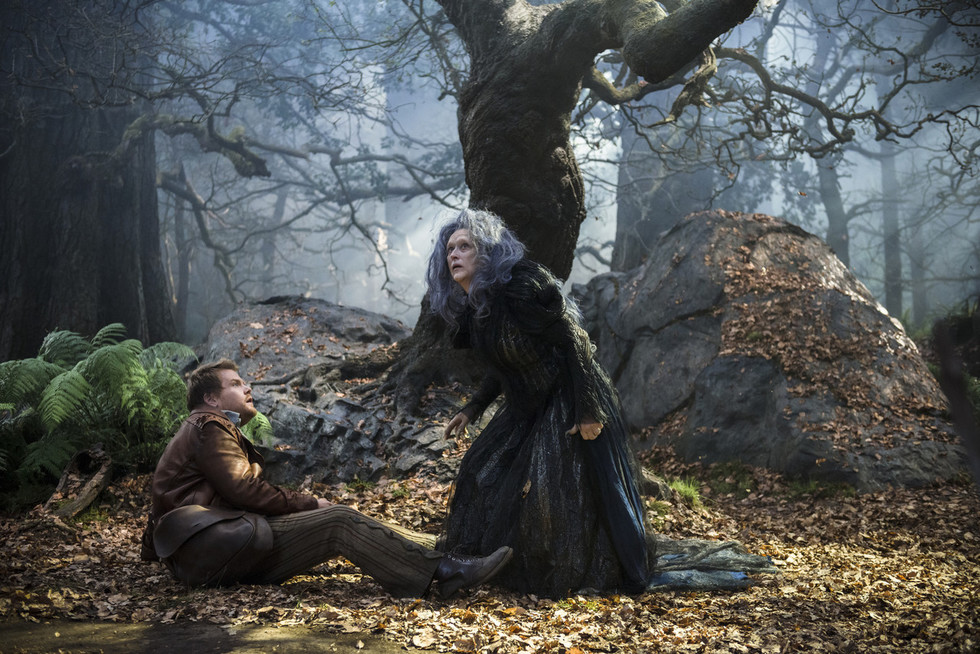 This Week's Trailer: A full-length trailer for Into the Woods, Rob Marshall's big screen adaptation of Stephen Sondheim and James Lapine's beloved musical about what happens to fairy tale characters after they get to "happily ever after." This follows a teaser trailer and a behind-the-scenes featurette that everyone in the theatre community has discussed at length. (Arriving on Christmas Day, the movie stars Meryl Streep, Anna Kendrick, Emily Blunt, and Johnny Depp.)

This Week's Tune:  A healthy dose of Meryl Streep singing "Stay With Me," which is a beautiful ballad the Witch croons to Rapunzel, trying to convince her not to leave the childhood safety of her tower for the danger of the adult world. That's one of the major themes of this show, in fact: Most of the characters must decide whether to live in a fairy tale fantasy or a harder (but perhaps more meaningful) reality.

How Does Meryl Sound? Let's be real: It's not just Meryl we're going to be asking about. She's just the only one we're hearing right now. As with every big-screen adaptation of a beloved Broadway musical, there's always a certain amount of anxiety about whether the cast members are going to be able to handle the material. Especially when the musical being adapted requires sophisticated singing.

Sometimes, we get a knockout performance that proves why a show has become so popular in the first place. (Recently, these performances have led to Oscars for Best Supporting Actress.) Sometimes, though, we get Helena Bonham Carter in Sweeney Todd, mangling a gorgeous and witty Sondheim score with singing that would embarrass a screeching cat.

I've been wondering which camp Streep would land in. She sounded good in Postcards from the Edge all those years ago, but God knows she didn't do her vocal reputation any favors with Mamma Mia! Yes, she acted the hell out of "The Winner Takes It All," and yes she sounded better than Pierce Brosnan, but her singing made the ladies of ABBA seem like Leontyne Price by comparison.  When Streep was announced as the Witch, I had doubts. Would this be Sweeney all over again?

But let me be the first to rescind my concerns. Because y'all… Ms. Meryl sounds really good! She's phrasing the song with emotion, but she's also singing it with technical panache. She may not be as amazing as Bernadette Peters, who originated the role, but she's still doing a good job. (And it looks like her acting is, unsurprisingly, on point.)

If Meryl Streep sounds this good, then I've got even more hope for co-stars like Kendrick and James Corden, who have demonstrated their vocal chops many times over.

How Emotional Is It? "Stay With Me" is both fragile and desperate, revealing as much about the Witch's loneliness as her fear for Rapunzel's future. Streep evokes that here.

Will We Associate It With This Movie? I'm thinking we will. Apparently, Streep will be campaigned for a Supporting Actress Oscar, and if she gets nominated, then it will cement this version in the public's memory, the way Anne Hathaway has tied herself to "I Dreamed a Dream" for a good long while.

Overall Trailer Tune Effectiveness:  I've been on quite a journey with this movie, from fear to cautious anticipation. Now I'm so excited I might camp out for tickets.