Congratulations, Meera! Announced this morning at the annual Women’s Filmmaker Brunch, the first-time writer/director was selected from eight other TFF 2013 filmmakers 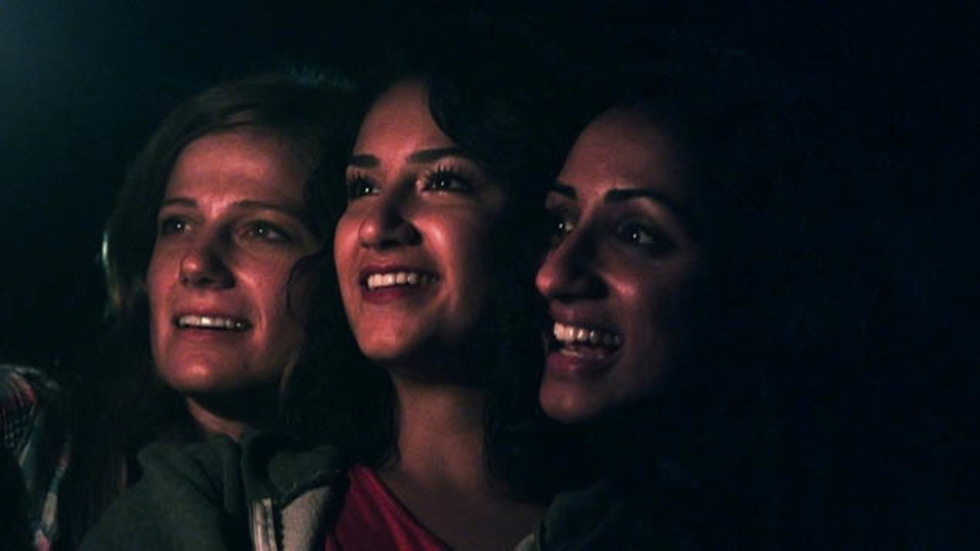 The 12th annual Tribeca Film Festival, presented by American Express®, is happy to award filmmaker Meera Menon with the inaugural Nora Ephron Prize, which was presented by TFF co-founder Jane Rosenthal and Vogue creative digital director, Sally Singer. Menon was selected from a distinguished group of women to receive a cash prize of $25,000 for work and talent that embody the spirit and vision of the legendary filmmaker and writer.

Farah Goes Bang is Menon’s feature debut, which is playing in our Viewpoints section as well as in the Online Festival. Set in 2004, the film follows an awkward twenty-something as she hits the road with her friends to stump for John Kerry in the presidential election. In the back of her mind, she hopes the trip will also be her opportunity to finally shed her long-unwanted virginity that still clings to her despite her best—and most uncomfortable—efforts.

Crisscrossing the culturally divided nation at this decisive post-9/11 moment, these multicultural girls find themselves and their politics unwelcome in many parts of the country. They take inspiration from their friendship and press on in their campaign, even as Farah’s efforts on both political and sexual fronts are continuously thwarted.

“We're thrilled to highlight Meera's work with this special award. We were impressed with her fresh, witty, and smart take on a coming of age story about girlfriends, passions and politics,” said Jane Rosenthal. “Her film captures the spirit and themes of Nora's work. I'm proud to continue Nora's legacy through this award and continue to encourage women filmmakers to create the work that inspires them.”

Farah Goes Bang plays one last time this Saturday at 2:30PM at the AMC Loews Village or you can watch it right now on our Tribeca Online Festival.