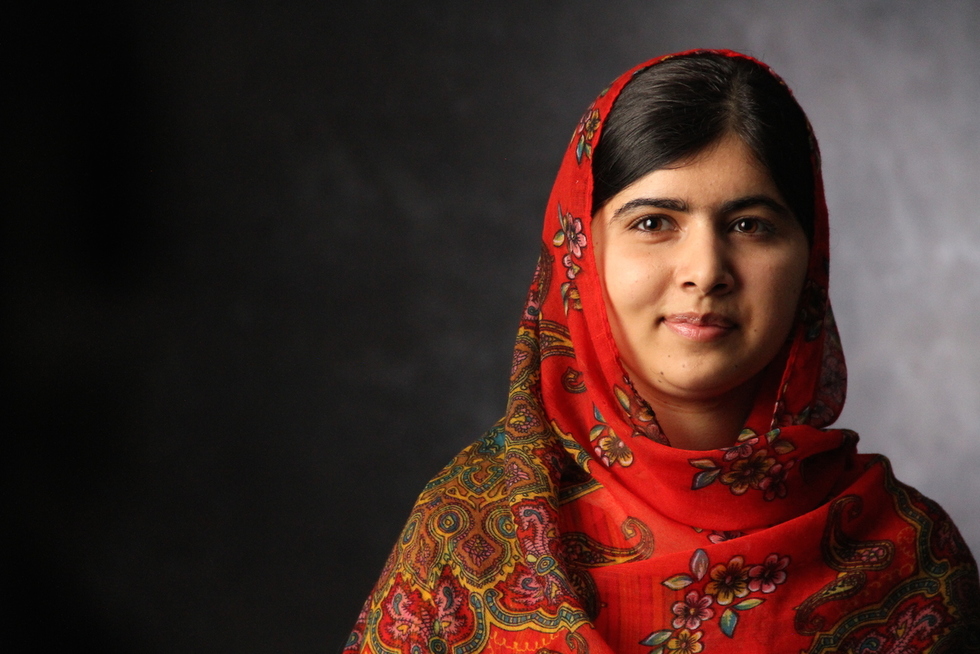 In his new documentary He Named Me Malala, Oscar-winning filmmaker Davis Guggenheim (An Inconvenient Truth) explores the extraordinary life of Pakistani activist Malala Yousafzai, who was shot in the head by the Taliban in 2012 at the age of 15 for promoting education for Pakistani girls.

Since the assassination attempt, Malala, now 18, has become a spokesperson for girls around the world about their right to an education. She was named one of Time magazine’s Most Influential People in the World for three consecutive years. She was also honored with the Nobel Peace Prize in 2014, making her the youngest laureate ever.

In an interview with Tribeca, Guggenheim, 51, talked to us about what it was like to spend time with her family and how her father’s encouragement has helped Malala continue to fight for the issues most important to her.

You spent a lot of time with Malala during the making of this documentary. What did you learn about her aside from the political attention her story has earned over the last three years?

I’m a guy from Los Angeles. My father is Jewish and my mother is Episcopalian. I didn’t know what it would be like to meet this Muslim family. I took a cab to their house in Birmingham, England and knocked on their door and didn’t know who I was going to meet. Malala opened the door and she let me into this incredible family. They are very smart, but they are also very irreverent and funny. In the movie she arm-wrestles her brother. She goes online and looks up pictures of movie stars. She can be an ordinary girl. That’s sort of the message of this movie. This ordinary girl can become famous and extraordinary because she made a brave choice. She chose to risk her life for something she believes in, which was her school. The Taliban was taking away her school and she fought for it.

Did you feel any added pressure making this documentary because you were the first filmmaker to get access to the family in this way? I mean, it’s unlikely another filmmaker is going to get the chance to do the same thing any time soon.

It’s true. I felt a tremendous responsibility. Malala is so special when you’re with her. I wanted to get [her story] right. I’ve never really met anyone like her. She decided at a very young age to risk her life and to speak out for what she believes. [Her family] lived in a very peaceful valley [in Pakistan] where they built a school and the Taliban wanted to shut it down. I thought it was very inspiring and a good message for girls all around the United States. You should speak out if there is something you believe in, even if you’re risking you’re life. It’s still important to raise your voice, especially now in this time and in this world. It’s amazing how the movie is so universal. I’ve shown it now for girls and families all around the United States and it has this great inspiring message for everyone.

The film is about Malala’s father, Ziauddin Yousafzai, as much as it is about Malala. Why did you decide his story was so important to the narrative?

I’m a father and I have two daughters. Selfishly, I wanted to know what kind of magic this man and this girl did to become who they are. It’s very interesting because he named her Malala after this mythical character (Malalai of Maiwand) who spoke out and rallied the Afghans against the British to win the [Second Anglo-Afghan] War. This girl spoke out and was killed for it. [Ziauddin] decided to name her after a girl who is killed for speaking out. Malala herself speaks out and is shot for speaking out. The movie has this sort of question of destiny. Did Malala become this person because her father gave her this name? Or is she her own person who became this advocate and this hero on her own? Watching this movie helps you decide that and helps you understand what the true nature of a good father and a good daughter is in a family.

On that note, do you think Malala would’ve found her own way to this role as an outspoken advocate without the support of her father?

I think it takes [that support]. I certainly feel there are girls in America that have great potential and want to say something, but don’t because they don’t feel like there’s support either by their families or teachers. That’s what is so important, I think, about sharing this film around the country. I think when people see it they say, “Wait a minute. If Malala can speak out, I certainly can speak out, too.” It takes courage from yourself, but it also takes parents to support you. Certainly, her father was a big advocate for her in a country where there wasn’t a lot of advocates. I think there are girls here in America that feel the same way.

As you take this film around the U.S. and show it to young girls, what has been the reaction?

We had a screening here in Los Angeles for 6,000 public school kids – Latina girls, African American girls. I wasn’t sure what they would think of this story about a girl from Pakistan. During the movie, you could hear a pin drop. These girls had a lot to identify with. There are struggles with girls everywhere in this country – financial struggles, cultural struggles. I think that’s why families love the movie. They feel like this story is a heroic story of a girl who saw something and spoke out for it and risked her life for something she believed in. That’s why she is such an inspiring figure. That’s why the movie, I think, has such a powerful effect on people.

Were you inspired as a filmmaker? What did she teach you during the making of this film that you can use in your own life?

I started to ask myself questions about whether or not I was treating my daughters the same as I treat my son. I have a son and two daughters. I say that they’re equal, but do I really treat them equally? The answer was no. I became a better father after having met this Pakistani family.

Malala has already done so much with her life at such a young age. Where do you see her going from here? What’s next for her?

Right now the most important thing for her is that she’s a student. She has very tough exams right now. She wants to do very well. She is also a spokesperson for all these girls, which is not a small thing. Here we have this young girl sitting among men and calling for, even demanding, that we put the right laws and money in place to fight for their rights.