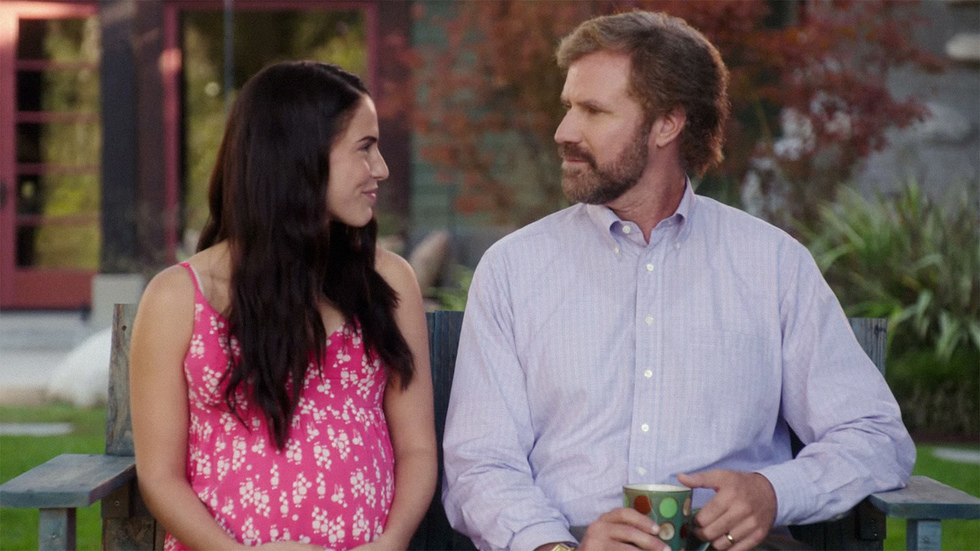 Fact: the Lifetime network understands the Internet better than any other television brand. Yes, even more so than viral video kings Jimmy Fallon and Jimmy Kimmel.

A Deadly Adoption is Peak Lifetime Trolling. In this case, though, the trolling is welcome. Fully embracing their made-for-TV movies’ inherent ridiculousness and overall cheesiness, Lifetime’s execs are poking all kinds of fun at themselves with the A Deadly Adoption, their latest piece of overbaked small-screen melodrama. The film, which premieres Saturday night (June 20) at 8:00 p.m. EST, stars Will Ferrell and Kristen Wiig (seriously) as a loving and successful couple who take in a wayward pregnant woman (90210’s Jessica Lowndes) in hopes of claiming her child once the baby is born. Instead of Juno, however, Lowndes’ character takes after Fatal Attraction.

As you can see above, the trailer is played completely straight, yet A Deadly Adoption is, of course, a joker. Lifetime's biggest in-joke imaginable, rather. You don’t cast two of Hollywood’s funniest people in a Lifetime movie and not have it pure comedy. There’s sex, obsession, crying, screaming, campy music and every other Lifetime movie prerequisite, and it’s directed by one of The Asylum’s go-to filmmakers, Andrew Steele. The Asylum, for those who don’t know their crappy straight-to-video rip-off cinema, is the shameless schlock factory that cranks out timely knockoffs of Hollywood blockbusters: Transmorphers, Paranormal Entity, Almighty Thor, Clash of the Empires, San Andreas Quake—their list of poorly made jack-moves is endless.

In 2015, a marriage between The Asylum and Lifetime is inevitable. Give the Lifetime brass credit—they’ve mastered the art of retrofitting their programming for the social media generation. They're also taking cues from The Asylum's biggest product to date, the Sharknado franchise. Once a home for salacious biopics (Amanda Knox: Murder on Trial in Italy, Natalee Holloway) and silly high-stakes domestic dramas (How I Married My High School Crush, Sexting in Suburbia), Lifetime has evolved into TV’s Supreme Troll Machine, mainly through tell-all movies that intentionally thrive on bad acting and cheap production values. Think Lindsay Lohan in Liz & Dick, and last year’s The Unauthorized Saved By the Bell Story, which paved the way for this summer’s upcoming The Unauthorized Full House Story and the just-announced The Unauthorized Beverly Hills, 90210 Story.

These are lo-fi productions seemingly green-lit for the sole purpose of generating millions of live tweets and inspiring online Mystery Science Theater 3000 wannabes. Which, in turn, bring ratings gold to the network. With A Deadly Adoption, Lifetime's shotcallers will, for the first time, let their self-awareness be known. It’s right here on the poster. You can practically see Wiig suppressing her own laughter.