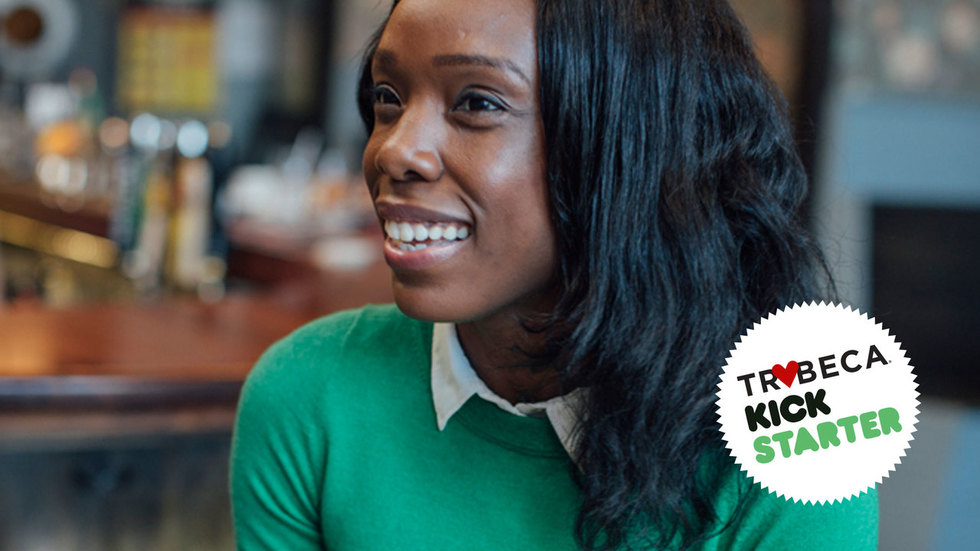 Leave it to Spike Lee to keep it all the way real about New York City.

In February 2014, the ever-controversial filmmaker delivered an epic rant about how gentrification has changed his beloved NYC, and not for the better. During a lecture at Brooklyn's Pratt Institute for Black History Month, Lee attacked what he calls the "Christopher Columbus syndrome. "You can't discover this," he declared. "We been here. You just can't come and bogart. There were brothers playing motherfuckin' African drums in Mount Morris Park for 40 years and now they can't do it anymore because the new inhabitants said the drums are loud."

Lee's speech, which you can read in full here, struck a chord with New Yorkers who've seen their city evolve in recent years, and not necessarily for the better. Many neighborhoods' unique charms and personalities have been diluted. Rent prices have skyrocketed, forcing lifelong residents out of their homes. There's also a color-specific modification that's undeniably suspect. "Why did it take this great influx of white people to get the schools better?" asked Lee. "Why's there more police protection in Bed Stuy and Harlem now? Why's the garbage getting picked up more regularly? We been here!"

Lee also lamented how Brooklyn's Bushwick section has been renamed by some as "East Williamsburg." But as filmmaker Kweighbaye Kotee sees it, Bushwick isn't in a bad place. Since 2007, Kotee has overseen the annual Bushwick Film Festival, dedicated to the kind of homemade independent cinema that's casually overlooked by the masses. Born in Monrovia, Liberia, Kotee is a first-generation immigrant whose passion for Bushwick comes from, in her own words, the fact that it's "the only place that I've called home." And she's ready to honor it with her own cinematic love letter: The Bushwick Diaries.

Directed and produced by Kotee, The Bushwick Diaries is a documentary focused on the people who make up the neighborhood's vibrant community. She's been sitting down with a diverse lineup of Bushwick's residents—if all goes as planned, it'll be 20 in total—to discuss why it's such a vital place, and why it's more important than ever for Bushwick's natives to preserve its history and heritage. "[The people featured in the documentary] feel really happy that someone's interested in their background and where they come from," says Kotee. "I've made it a point to ask people who are often marginalized and overlooked when Bushwick gets written about in magazines and blogs. I think it helps people to feel like they're not being left behind or forgotten about despite the rapid change in the neighborhood."

In a climate where Spike Lee's aforementioned sentiments are on residents' minds, Kotee hopes to shine a more positive light on the area. "[The Bushwick Diaries] isn't about gentrification at all," she says. "It's about my experiences falling in love with a neighborhood and meeting great people there who have amazing stories. I hope to make people feel a lot more connected to each other and realize that your actions can affect someone else on a personal level. You might decide to do things differently if you watch a documentary that shows how you have the same feelings as someone else. I ask things like, 'What are you thoughts on love?' I just want to share the stories of a neighborhood I really love so that everyone feels really connected."

In order to complete The Bushwick Diaries, Kotee has launched a Kickstarter campaign, with a $25,000 goal targeted for a Wednesday, December 2, deadline. She needs the funds to finish conducting interviews, facilitate the editing process, pay for the project's marketing, and to cover a variety of other costs that are par for an indie movie production's course.

"Through the process of interviewing so many people that have so many different backgrounds and have lived in Bushwick for different amounts of time, I've noticed that the people who have lived here for shorter amount of time are actually more upset about the change than those who have been here for maybe 30 years," says Kotee. "Kevin, who works in a deli, couldn’t walk the streets without fearing being beaten up, so he's excited about the change in the community. Another woman, Nadine, is on the community board; she’s been here for 40 years and owns a home, and she thinks the change is great and the neighborhood's charm and spirit will stay but she's worried about the rising cost of rents. The people who are newer to the neighborhood are actually the ones who are more so 'owning' Bushwick."

For Kotee, being able to "own" the Bushwick neighborhood is intimately special. "I'm an immigrant, and Bushwick is the only place I've called home," she says."I've lived here longer than I've lived anywhere else in the United States. Bushwick has a very strong immigrant population, which I connect to strongly, and a really strong artist community, and I'm also an artist. I live here, my business is here, the people I'm most connected to live here. The things that go on here everyday, the creativity is insane; I went to House of Yes the other day and saw a flamethrower! Bushwick is a neighborhood of entrepreneurial people."

To support The Bushwick Diaries, head over to its Kickstarter page and donate. And once you've done that, check out (and back!) other Kickstarters we love here.