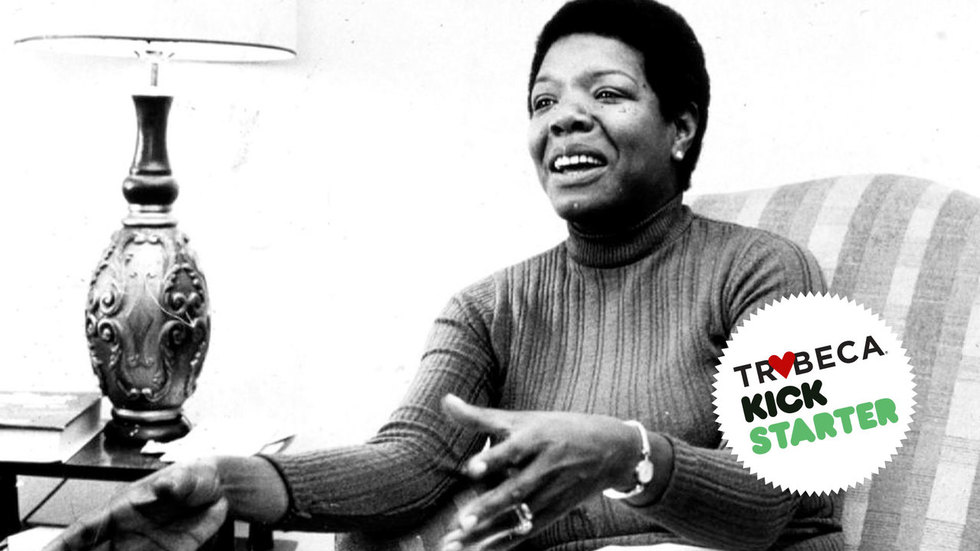 Believe it or not, there hasn't been a single documentary about Maya Angelou—crazy, right? While cinematic profiles have been made about twentysomething YouTube celebrities and Lil Bub, one of the most acclaimed writers and social activists of all time has gone untouched in film. But not for much longer.

Simply titled The Maya Angelou Documentary, the biographical film already has a small-screen PBS premiere locked in for 2016, except there's a problem: the production team needs help finding the cash to finish the project. The creative team recently launched a Kickstarter to help secure the endgame funds. They're seeking $150,000 by Tuesday, December 1, or else the deal with PBS will fall through. Don't let that happen.

Few public figures have so incredibly exuded inner peace in the face of contentious external forces. In her writing, most famously the 1969 memoir I Know Why the Caged Bird Sings, Angelou detailed her tumultuous upbringing amidst racial segregation and awful prejudices in St. Louis, Missouri, with striking humility, unflinching optimism, and gorgeous prose. Off the page, she expanded on her books' promotion of racial equality by coordinating Dr. Martin Luther King Jr.'s Southern Christian Leadership Conference in 1960 and helped Malcolm X form the Organization of Afro-American Unity mere weeks before Malcolm was assassinated in 1962.

The Maya Angelou Documentary will cover all of that and everything else in between, and includes exclusive interviews with Angelou, including one conducted in January 2014, four months before she passed away at age 86. Its directors are the awesomely named Bob Hercules and Rita Coburn Whack. The former previously shot the 2007 documentary Senator Obama Goes to Africa, which shows a pre-presidential Barack Obama's visiting his father's native Kenya homeland; the latter, meanwhile, is a Maya Angelou expert, having overseen the late author's Facebook page and its 5.5 million fans as well as Oprah Radio's "Maya Angelou Show."

If you still need convincing about why giving The Maya Angelou Documentary some money would be seriously worthwhile, here's a clip from Angelou's 2011 contribution to the OWN series Oprah's Master Class. Who better to exemplify her singular grace and wisdom better than Angelou herself?

To support The Maya Angelou Documentary, head over to its Kickstarter page and donate. And once you've done that, check out (and back!) other Kickstarters we love here.