The Verge EIC hosted a timely discussion with representatives from AT&amp;T, Comcast, Boxee and Vuguru about how to survive in the new world of film/content distribution. 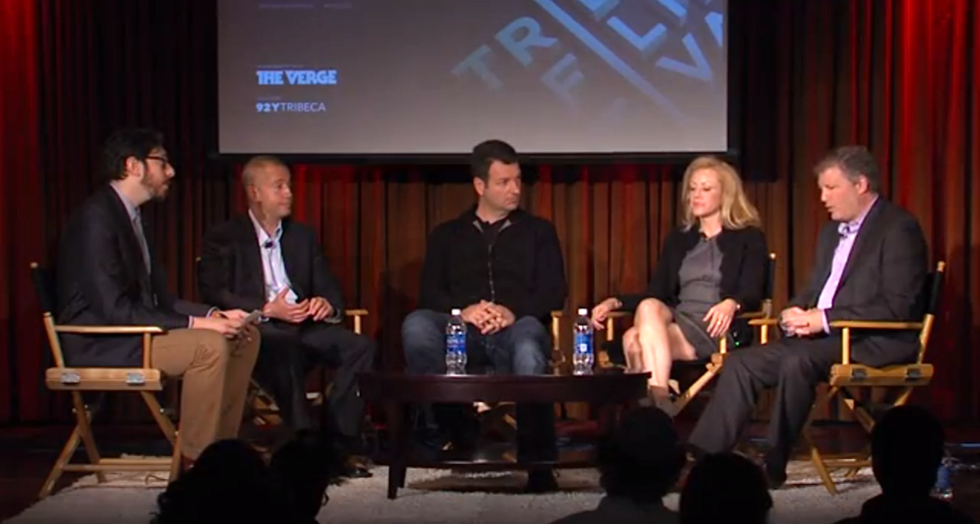 On whether to focus on DVD sales or On Demand:

On how online distributors can take more risks ("There is no internet jail."):

This Future of Film Live was filmed before a live audience on April 22nd, 2013 at 92YTribeca during the Tribeca Film Festival. Watch clips from the entire series here.