Film Critics David Denby (The New Yorker) and A.O. Scott (The New York Times) sat down with The Verge's EIC Joshua Topolsky to talk about the transitional state of the movies, the big studios vs indies, and to debate the health of film as we know it. 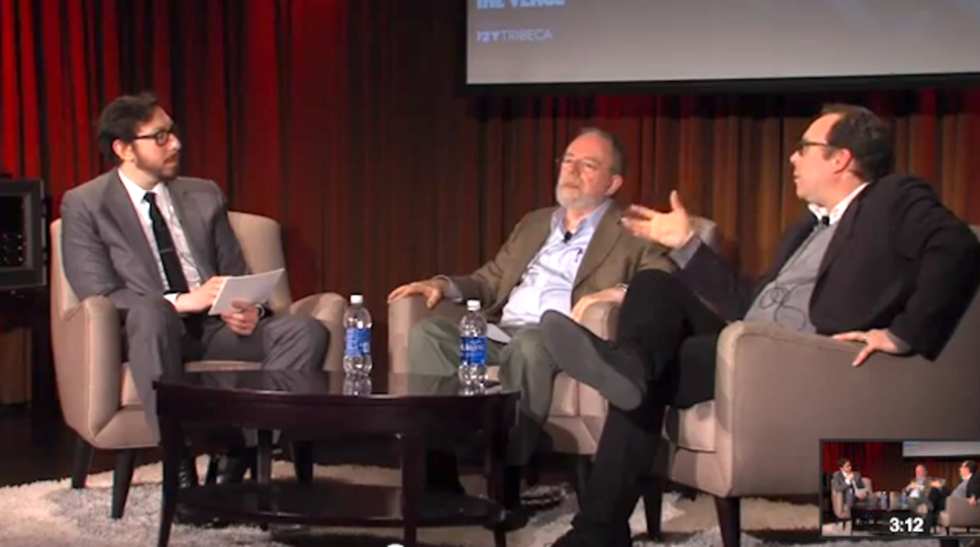 "In April it's the death of cinema, and in November it's the golden age of cinema."

The Death of Film?: Joshua Topolsky with A.O. Scott and David Denby took place on 4/24/13 at Tribeca's Future of Film Live at 92YTribeca as part of the 2013 Tribeca Film Festival. Here's the full conversation, with select highlight clips of a few of our favorite moments below.

Scott and Denby on the big studios: ""One thing about big studios you have to realize is they're not working for us, they're working for the global marketplace, and this has had a big effect on storytelling and on content.":

Denby on watching movies with ADD: "One of the reasons I love movies is the immersive quality...you get to the theater and you're close enough so that the borders of the screen disappear.":

See more from our Future of Film Live Series here.