Home » Tribeca News » Jake Gyllenhaal: 15 Roles Ranked in Order of How Good He Is At His Various Jobs
View All News

Jake Gyllenhaal: 15 Roles Ranked in Order of How Good He Is At His Various Jobs

Which movies feature the 'Prisoners' star at his most professionally competent? 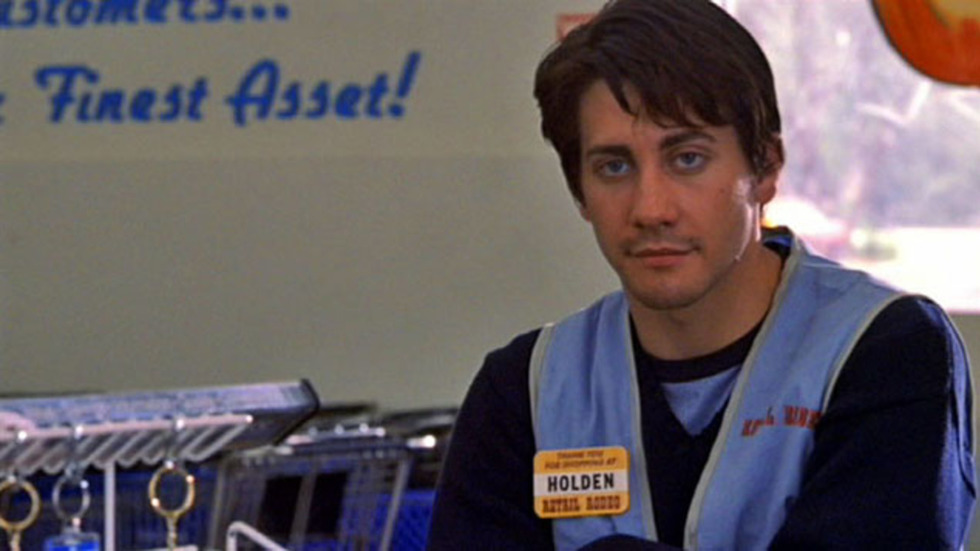 We've known Jake Gyllenhaal on our movie screens since he was a kid. But as he's grown into an adult, he's taken on the usual wide variety of cinematic occupations: cop, soldier, mathematician, Prince of Persia. Of course, movie characters do not always make the best workers. And since so much of Prisoners appears to hinge on Jake's character's abilities as a police detective, we figured we'd rank Gyllenhaal's roles in order of how good he is at his job in each of them.

15. Holden Worther in The Good Girl: There's really no getting around that Holden is a terrible employee at the department store where he works. He's creepy, he lies, he steals. It's only his status as an extremely terrible boyfriend for Jennifer Aniston's character that masks just what a terrible employee he is.

14. Jordan in Lovely & Amazing: Very similar to Holden in that he is both a pretty poor employee (Jordan works at a photo developing hut) (ask your grandparents) and an even worse romantic prospect for the lead character (this time Catherine Keener).

13. Dastan in Prince of Persia: The Sands of Time: What a terrible Prince of Persia Dastan makes! Usurped and banished and always fighting. Isn't a prince supposed to be a statesman?

12. Joe Nast in Moonlight Mile: You can probably chalk up Joe's fairly sub-par performance as a budding entrepreneur up to the fact that his girlfriend was murdered just before the film began.

11. Harold Dobbs in Proof: We don't really see Hal do very much mathematicianing in Proof, but the secret of academia is that you have to be secretly very ambitious, and by ferreting out a secret proof written by Catherine's dead father, Hal is really on the make.

10. Douglas Freeman in Rendition: Points to Freeman for opening his eyes and realizing that torture isn't the way to do his job (as CIA intelligence agent), but his ineffectiveness to stop it mitigates that goodness.

9. Anthony Swofford in Jarhead: Private Swofford is a loose cannon of a soldier, and his lack of discipline makes him a problem. His unruliness is a good commentary on the insanity of war, sure, but it probably makes him a pain in the ass to work with.

8. Jack Twist in Brokeback Mountain: Technically, Jack isn't so much a cowboy as he is a sheep-herder (okay, for the bulk of this movie, he's a rodeo cowboy, but that's not the part everybody remembers), and as a sheep-herder, Jack does … okay. He and Ennis manage to fend off a bear attack and keep the flock relatively safe. But when Randy Quaid shoots them side-eye for taking time out of their work day to do … whatever … he's not entirely wrong.

7. Colter Stevens in Source Code: Captain Stevens is actually super good at his job, and once he gets the hang of how the source code works, his learning curve is rather steep. Which is saying something, since the whole idea of the source code may not make any sense at all.

6. Sam Hall in The Day After Tomorrow: Sam's just a student, so no real job, but he's pretty solid on his academic decathlon team, and once the apocalypse happens, he uses his smarts to rally the survivors into the New York Public Library.

5. Homer Hickham in October Sky: Again, Homer is just a student, but again, he's an exceptionally bright one, as his rocket-creating exploits show.

4. Bran Taylor in End of Watch: Officer Taylor is young but he takes his job seriously, and when he's placed in extreme situations, he proves to be both a quick thinker and a selfless public servant.

3. Robert Graysmith in Zodiac: So, the Zodiac killer was never officially caught, fine. But Graysmith's job was reporter, not detective, and he pretty much nailed the story.

2. Jamie Randall in Love and Other Drugs: Jamie is a natural at pharmaceutical sales. He's enthusiastic, attractive, and completely hollow at the core. Practically perfect in every way.

1. Donnie Darko in Donnie Darko: You might say that Donnie is merely an unemployed high-school student, and what's so special about that? You'd be right. But if you've seen the movie, you know that Donnie's real role in the film is as a superhero whose mission is to put the universe back in its intended order, and he accomplishes that task perfectly.