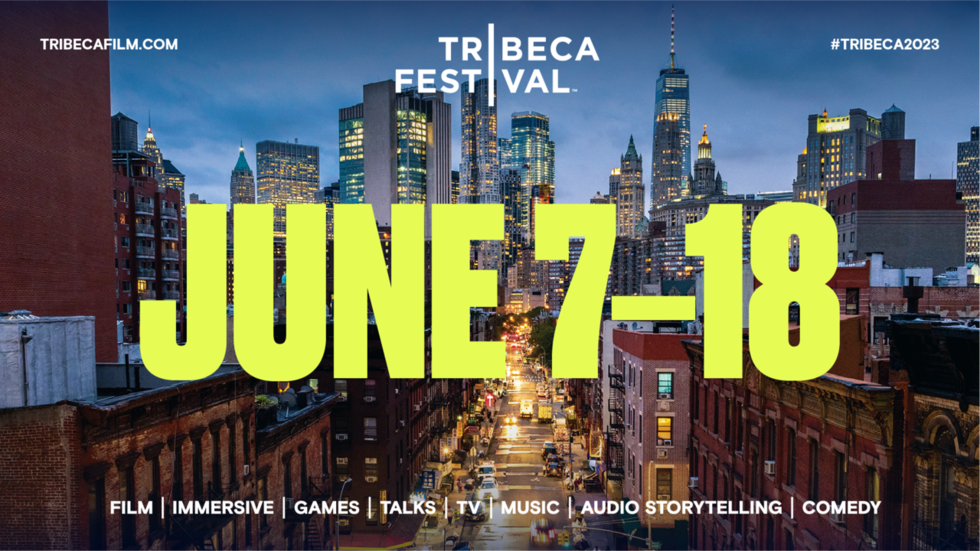 Join us for another year of celebrating the world’s leading creative visionaries!

From June 7-18 2023, Tribeca Festival will once again curate the best in new, groundbreaking storytelling from established and emerging artists while continuing to explore creative innovation across film, TV, immersive, games, audio storytelling, talks, and more.

“Tribeca is a tentpole of entertainment and culture in New York City, and we’re looking forward to welcoming back artists of all backgrounds and mediums to celebrate the power of storytelling,” said Tribeca Co-Founder and CEO Jane Rosenthal. “The 2023 Tribeca Festival will be an unforgettable event featuring blockbuster world premieres, live performances by award-winning musicians, exclusive conversations with creative visionaries, and much more.”

More information about deadlines, submission rules, regulations, and eligibility is available at tribecafilm.com/festival/submissions.

Stay up to date on Tribeca 2023. Sign up for our newsletters.