This week in our series of interviews with professional Vine creators, we talk to Brittany Furlan about taking comedic risks, creating memorable characters, and just being yourself. 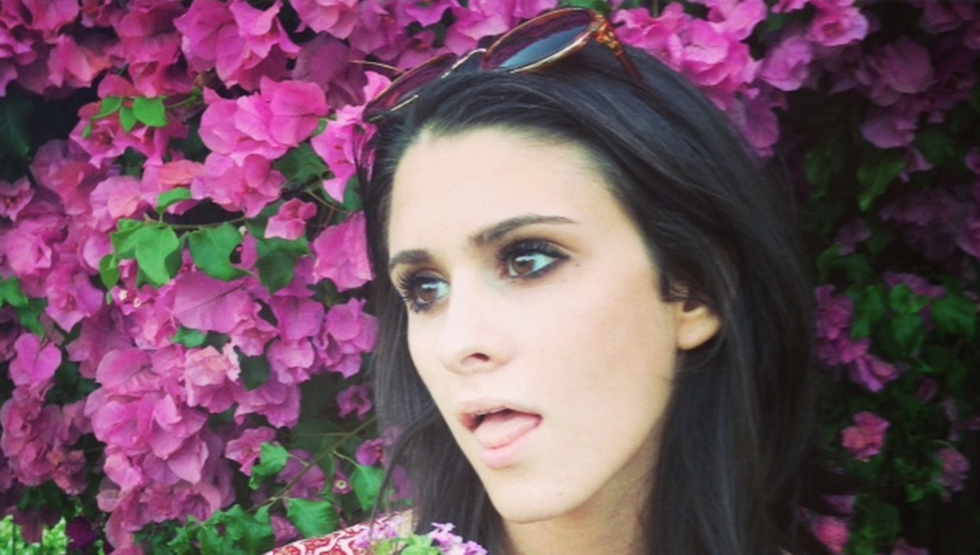 Less than a year ago, Brittany Furlan decided to play around with a popular new video app. Now, she's the third most popular Vine user on the web (with 2 million followers), has been featured on late night telelvision, and has even been hailed as "the next Tina Fey."

Tribeca: How did you come up with your two biggest taglines, "Puhhhfect" and "Goodwill's where the party's at"? Did you ever think either one would become such a huge hit?

Brittany Furlan: Haha, I came up with "Puhhhfect"  by just randomly saying it one day. I thought it sounded really funny and just kept doing it. I still say it all the time in that weird voice and creep out everyone around me. It's a staple saying for me; I'll probably be saying it on my death bed. "Puhhhhhfec....." *croaks*

​I came up with the tagline "Goodwill's Where the Party's At" by hanging out at Goodwill and realizing that it really IS where the party's at: People hang out there all day waiting for good things to come out on carts. They talk and laugh and have a good time. All that place needs is dimmer lights, better music, and a full bar and it could be it's own club. "Club Goodwill"- Poppin' Tags & Bottles since 2013.

​Tribeca: You've created a lot of characters since you joined Vine — Natalie Nature, The Retired Beekeeper, True Gangsta. What's your favorite one and how did you find inspiration for the character?

BF: Everyone always asks me which character is my favorite and to be completely honest, I don't really have a favorite character. I love all of my characters the same. Each character represents a different part of my personality...as scary as that is. Personally, I think everyone has a little beekeeper in them...somewhere.

I use comedy as a way of coping with some of the more difficult things.

Tribeca: You've been featured on shows such as Chelsea Lately and Jimmy Kimmel. Would you say that Vine is a new way for actors/performers to get noticed?

BF: Yes, yes and yes. Vine is the perfect platform for people to showcase their abilities; whether it be music, stop motion animation, or comedy. It's the perfect amount of time to show people what you've got to offer without wasting too much of their time. It was so awesome to see my vines on Jimmy Kimmel and Chelsea Lately. Now I think my family finally understands that I'm not a WebCam girl, haha.

BF: No, I wasn't actively making videos before Vine. I found YouTube to be too over-saturated with content and difficult for someone newer to break through on. I would do occasional sketch videos with friends and post them on there but that was about the extent of it. Vine is really what changed the game for me; it's easy to use, quick, and the video quality is pretty impressive for an app. I think as our society develops we are becoming used to more instant gratification and Vine really delivers in that arena.

​The looping factor adds 40% more comedy to any video.

Tribeca: What Viners/artists inspire you the most? Which collaborations with other Vine artists were your absolute favorites?

BF: My top favorite Viners are: Jordan Burt, KC James, Bo Burnham, Simon Rex, Jason Nash and Josh Peck. They pretty much make me laugh on a daily basis and have some of the most unique ideas out there. I've collaborated with a few of them and really couldn't pick a favorite, they were all really fun.

Although, I must say, most of my inspiration just comes from what I am experiencing in my life. I use comedy as a way of coping with some of the more difficult things. When I'm really stuck I can always bounce ideas back and forth with my boyfriend, Randal Kirk. He's a director so he has this outlandish mind, and he helps me to see things from another perspective.

BF: I wouldn't change anything about Vine; I think Vine is just... fine. ;)

Tribeca: Have you or do you plan to film anything on Instagram Video, now that it's an option?

BF: I shot a few Instagram videos but I'm not as serious about doing comedy on there, as I am with Vine. I don't like the fact that Instagram video doesn't loop. The looping factor adds 40% more comedy to any video (in my opinion). I use Instagram Video for mostly experimental stuff, like, "How to shave your armpits". (I haven't done that one yet but I'm planning on it).

BF: One piece of advice I would give to beginning Viners is: To just be yourself; if you're yourself and do what you love, success will follow. (Also, don't Vine your penis).

Julia Pugachevsky is Tribeca's Vine Correspondent (among other things). Check out her round up of the Week's Best Vines every Friday morning on TribecaFilm.com, and come back next Wednesday for another interview with an expert Vine user (and see last week's, with Yves Das).