In a lead role, Elizabeth Banks offered some of 2015's most invaluable support. 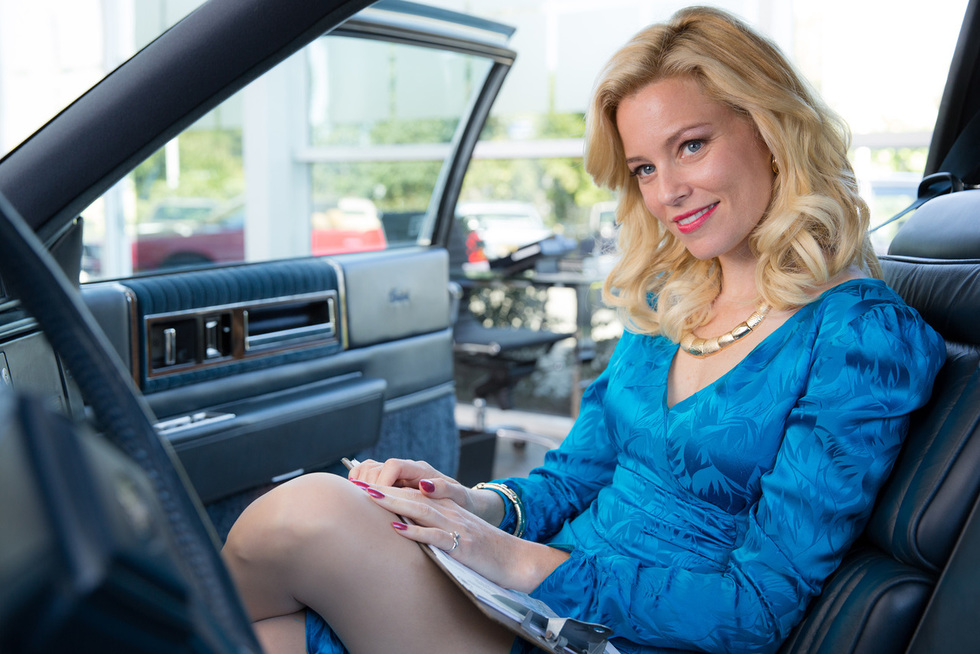 Why didn’t the acting branch bite at all when it came to Bill Pohlad's Brian Wilson drama Love and Mercy? It's an exceptional entry in the Tortured Musician Biopic genre and a project that hardly seems like an implausible Oscar possibility given The Academy's clear favor for such stories.

Paul Dano is terrific at exploring Brian Wilson’s muddled, eloquent mind during the early days of The Beach Boys' fame, both in those crowded, magical recording sessions and those painful scenes of reclusive solitude at home, and John Cusack is even better at achieving the same task with noticeably lesser time but just as troubled and difficult a character to put over.

But it’s Elizabeth Banks’ Melinda Ledbetter, the model-turned-car saleswoman who would go on to become Wilson's wife, that has stuck with me even longer than either of the Brian interpretations. A nomination for this no-frills pro should’ve been an absolute no-brainer considering Banks’ banner year. First things first: Banks herself is a lead in Love and Mercy and maybe even the true protagonist of the Cusack segments; she's in more scenes than Cusack is and she drives the narrative with a goal-driven momentum that only the lead of a film can really possess.

And yet, it makes total sense why many pundits and critics consider Banks a supporting presence in Love and Mercy. It’s rare to see a performer — much less an easily-recognizable one with an established comedic persona and nearly a decade of real fame under her belt — approach a role with the wonderful depths of interdependent generosity that Banks offers Cusack, the film, and the real Melinda.

She’s not actually playing a Supportive Wive yet, but she offers a truly unique rendering of this character type and she does so without any of that whispery, moist-eyed vagueness (see: A Beautiful Mind) or undue, jaw-clenched intensity (see: Walk the Line) that so many actresses are directed to achieve, often to tedious effect. Banks really listens to Cusack in an alert and invested way, but she’s also clearly entertaining other thoughts, not only about Brian, but about her life, her love, her job, her cars, her future.

If Love and Mercy’s writers don't always have time for these thoughts, but that’s alright because Banks is already mapping them out out with such grounded clarity that she practically fleshes out the character on their behalf. There's caution in her eyes, but openness in her voice, body, and heart, allowing her Melinda to get closer to Cusack's Brian but respecting her intelligence enough to show a wary distance of Brian's world and its manipulative inhabitants.

What's best, however, is that you can really envision a life for Melinda Ledbetter had she never caught a shoeless Brian Wilson lying in one of her Cadillacs one random afternoon — an ordinary life, sure, but not necessarily an unhappy one. She calmly but never less than compellingly exists beyond the screen’s edges so that you barely notice there are edges at all, which is one of the highest compliments I can pay any actress, supporting or otherwise.