Hip-Hop and Fatherhood Power the Moving, Must-See Doc IN MY FATHER'S HOUSE 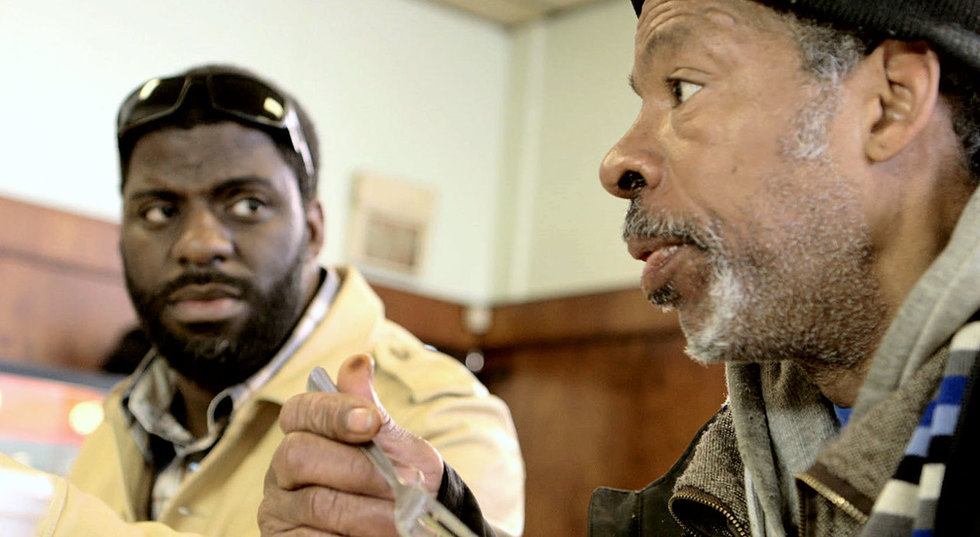 A true crowd-pleaser, In My Father's House was one of this year's Tribeca Film Festival's strongest discoveries. Che "Rhymefest" Smith is one of Chicago's most successful rappers, having co-written Kanye West's "Jesus Walks" and the Oscar-winning "Glory," from Selma, but he's also a blue-collar guy who recently bought an inconspicuous home in the Windy City. The house once belonged to his dad, who left Smith when he was little and has since lived homeless and unable to curb his love for alcohol.

Co-directors Ricki Stern and Annie Sundberg captured Rhymefest's difficult but lighthearted and emotional process of reconnecting with his estranged pops. Equal parts funny and touching, In My Father's House entertains, thanks to Rhymefest's naturally buoyant personality, while also addressing the sad reality of abandoned fatherhood in the black community.