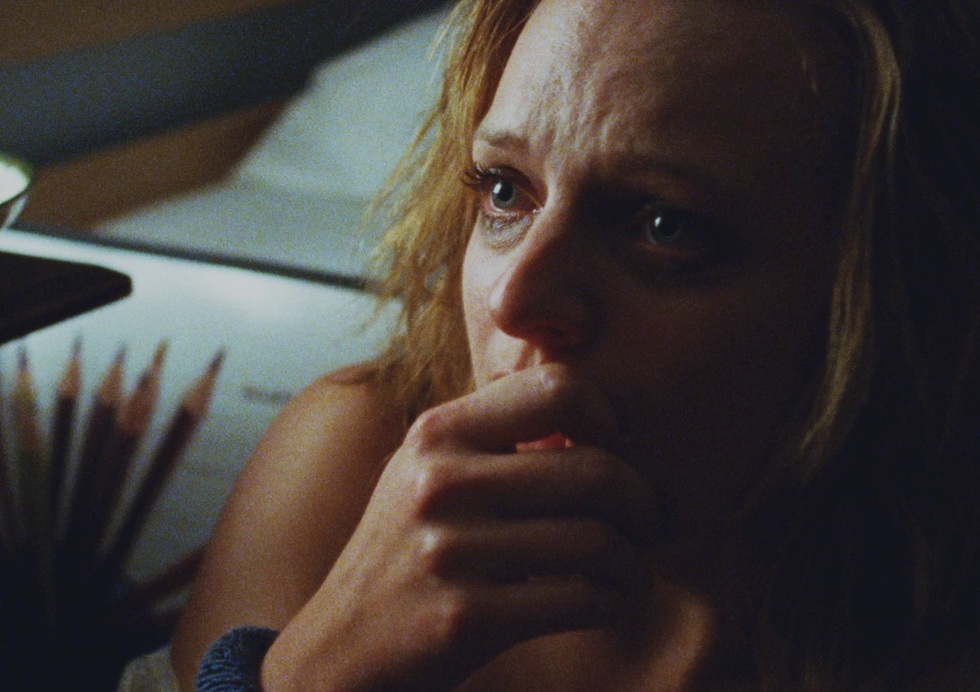 Peggy Olson is going under the influence.

Fresh off the critical acclaim of his blistering 2014 character portrait Listen Up Philip, wunderkind writer-director Alex Ross Perry is back with Queen of Earth, an intimate chamber drama with distinct psychological horror shadings.

Queen's first trailer has been gloriously styled, much like the film, as a blatant seventies thriller throwback, complete with deep-voiced, explain-all narration, vintage title cards, and killer close-ups on extended, menacing monologues. It showcases Perry's acerbically bruising dialogue, Sean Price Williams' beautifully frayed 16mm photography, Keegan DeWitt's chilling score, and the boldly enigmatic performances of its two leading ladies, who look to be relishing the opportunity to star in the type of fierce, female-centered, emotionally-unsettled narratives that were once ubiquitous in Hollywood but have been sorely missing from our screens in recent years.

Whether Queen of Earth, which made its world premiere at this year's Berlinale and was the centerpiece screening at this past June's BAMcinemaFest, will be the first Perry movie to fully score with critics and audiences, thus catapulting him into the tony indie auteur realm of Anderson-Baumbach, remains to be seen. 2011's The Color Wheel was too rakishly low-key to pull that off but Listen Up Philip came noticeably close. Either way, creating something that looks like Persona and Safe procreated a savage, sun-kissed child that was then adopted by 3 Women and the last half-hour of Mulholland Drive is surely an appealing way to try.

The film opens in select cities on August 26th.