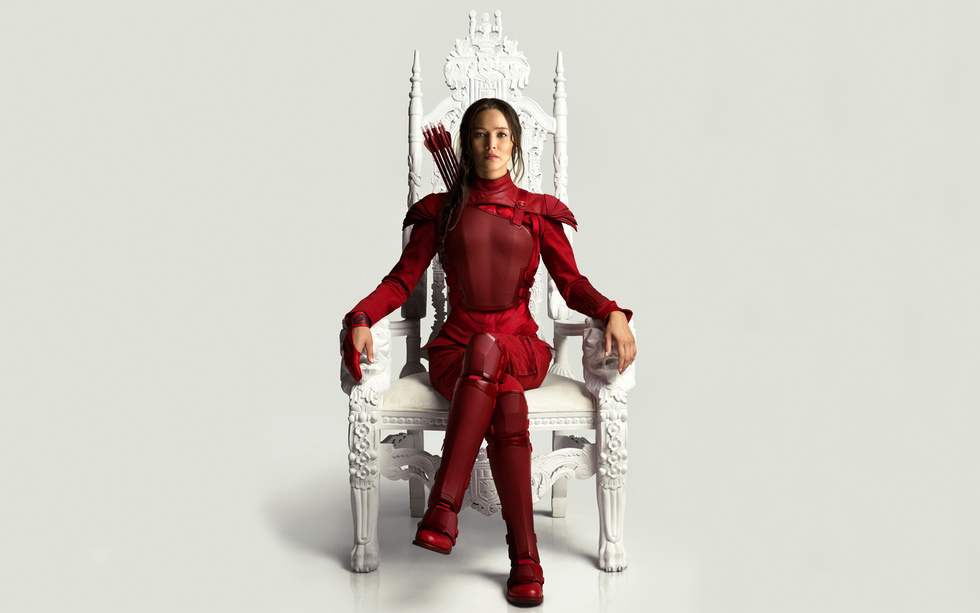 If you’re someone who’s largely numb to the whole Hunger Games phenomenon, like yours truly, watching the new trailer for The Hunger Games: Mockingjay – Part 2 for the first time is a bizarre experience. You click the "Play" button expecting to see more of Jennifer "Katniss Everdeen" Lawrence screaming at people, mostly Donald Sutherland’s evil ruler character President Snow, whenever she’s not running from falling buildings, explosions or whatever’s caused those buildings to fall and/or explode.

That’s basically all that happens in this trailer for the first half of it, along with the standard melodramatic orchestral music that gives movies like these an added weight, to bash over the viewer's head the idea that The Hunger Games isn't just YA action fare—it’s high drama, dammit. To the franchise’s credit, the quality has gotten substantially better with each new sequel, which suggests that Mockingjay – Part 2 could be a legitimately great movie. (We’ll find out for sure when it opens on November 20.) But it’ll need more than Lawrence doing her aggro Everdeen thing to reach that next level.

More than halfway into this trailer, however, Lawrence and co-stars like Liam Hemsworth appear to be in some kind of sewer system, and they’re duking it out with what look like CGI versions of those humanoid creatures in the brilliant 2005 horror film The Descent. And suddenly, Mockingjay – Part 2 doesn’t look so routine after all. Having never read any of Suzanne Collins' Hunger Games books, I couldn’t begin to tell you what the hell those things are, or how they fit into Katniss' plan to defeat President Snow. But I can definitely say that they look cooler than anything I could've anticipated.

The catch, though, is that Mockingjay director Francis Lawrence previously directed Will Smith’s I Am Legend, an otherwise impressive character study that’s ultimately ruined by some of the worst CGI humanoids this side of a Syfy movie.

Seriously, just look at them:

So, yeah—remain cautious about Mockingjay’s new inhuman characters. They’re not exactly in the best hands.