The Case of the Trombone and the Mysterious Disappearing Camera

As cameras become smaller and more ubiquitous, the way we create and manipulate moving pictures is changing. Might the auteur of the future not even use a camera? 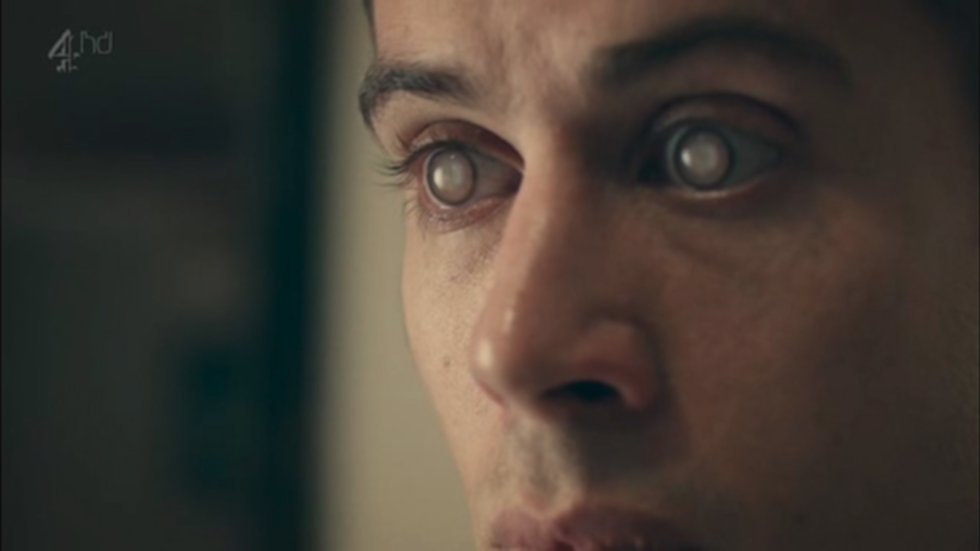 (Welcome to the first edition of View Source, a weekly column in which Rex Sorgatz obsesses over the new ways we create, consume, and manipulate moving images.)

The Case of the Trombone and the Mysterious Disappearing Camera

Earlier this year, a video of an older gentleman playing trombone became an improbable viral sensation on the internet. Maybe you saw it. Maybe you tried to tell a friend about it. "You have to see this video of a guy playing a trombone," you might have said to the incredulous stare of your friend. Perhaps you tried to describe the video, but your marbly mouth was full of stammers and hmms. Finally, you just showed it:

This is a story about where the camera has gone and who it killed.

Ah, yes, that is fun to watch! But why? I've been thinking about that silly trombone video for quite awhile now. The composition, the exaggerated perspective, the music, the vibrant focus despite intense movement -- all interesting characteristics, sure. But some other force kept driving me back to watch and rewatch.

Part of the magical quality of this video is that it doesn't quite seem like a camera can even be there. How can such high-quality video be created on such a miniaturized device? The slide of the trombone becomes a dolly, jerking into note positions as the camera glides along with it. The bell of the horn becomes a mirror, reflecting its surroundings. I had been looking for the reflection of the camera in the trombone's bell. Like a sleuth in a detective show who spots the reflection of a killer hidden in a photo or video, I too was looking for my killer. But my killer was the camera. And the camera has gone missing.

This is a story about where the camera has gone and who it killed.

People are freaking out about the privacy issues raised by Google Glass, but my bigger fear is what comes next, when the camera disappears completely.

THE CAMERA IS A BLACK MIRROR

"Just as a camera is a sublimation of the gun, to photograph someone is a subliminal murder -- a soft murder, appropriate to a sad, frightened time." -- Susan Sontag

My favorite television show over the past few years isn't Mad Men or Breaking Bad or Game of Thrones. Though I enjoy those shows immensely, I get the most pleasure from a British miniseries called Black Mirror. The show is unavailable in the States (legally, at least), but the preview of the most famous episode, "The Entire History of You," depicts a future where contact lenses can record everything we see. Actually, wait, don't watch that preview. Instead, here's a more revealing video, which mashes that episode up with some Google Glass marketing:

Can you tell the fictional dystopian future (Black Mirror) from the real utopian present (Google Glass)? It doesn't matter!

People are freaking out about the privacy issues raised by Google Glass, but I'm fairly optimistic we'll navigate that world. My bigger fear is what comes next, when the camera disappears completely. And of course, the future is already here: Engineers are hard-at-work on bionic eyes, just like those in Black Mirror.

The camera was once used to capture what comes in through the eye. You looked through a hole and snapped pictures of what you saw. Photography was, in that sense, a mirror of reality.

But what happens when the camera disappears? With remote viewing and other new technologies, the camera can now capture what you don't see.

Even your iPhone no longer captures what your eye sees, but instead crops it into a square, applies nostalgic filters, and wraps it in a retro frame. It is a picture of what pictures once looked like when we still had cameras.

The disappearing camera is no longer a mirror. Photography has become a black mirror.

The role of the filmmaker is changing, from one who records images through a lens to one who curates images from an existing database of footage.

Our detective story of the missing camera has already been solved! The murderous camera was there all along, like the purloined letter in the Edgar Allan Poe story, hiding in plain sight. We couldn't see the camera any longer because the camera was everywhere.

The camera has killed the photographer. And it's going to get away with it.

The role of the filmmaker is changing, from one who records images through a lens to one who curates images from an existing database of footage. Does that sound like hyperbole? Consider these recent phenomena:

Photography was once an act of intent, the pushing of a button to record a moment. But photography is becoming an accident, the curatorial attention given to captured images.

Our trombone player video already looks less prescient than he did six months ago. Made with the now ubiquitous GoPro, the camera's power is appearing everywhere. A pigeon can pick it up and carry it away. A dog can have it taped to its head while hunting ducks. A bear can eat it. The camera is still a physical object, but it has returned to nature, where animals can wield it.

But soon, it will completely disappear.