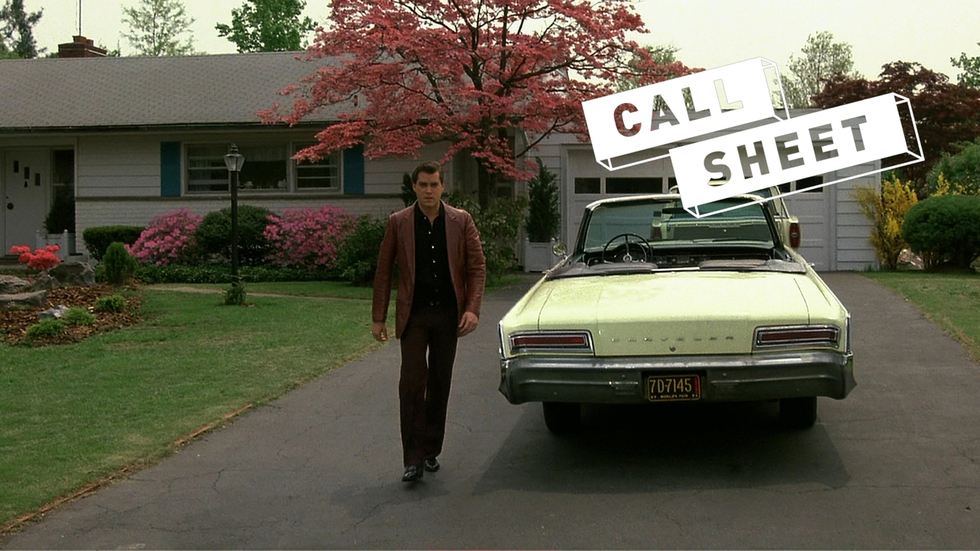 This Goodfellas Supercut Will Do More Than "Amuse" You

What you need to watch: In honor of Goodfellas' twenty-fifth anniversary, YouTube user Miguel Branco has compiled a crafty, stylish supercut of the most seductive, diabolical, and indelible moments from Martin Scorsese's majestic mob masterpiece, set to songs straight off the film's jukebox soundtrack. It'll make you want to drop everything you're doing and re-watch it this instant. Tribeca says: We can't wait to continue the Goodfellas celebration when the film closes out the 2015 Tribeca Film Festival with an honorary, remastered screening at the Beacon Theatre on Saturday, April 25th, followed by a can't-miss cast and crew reunion panel to be moderated by Jon Stewart. Get your tickets now, while you still can!

Karen Wants to Help You Help Yourself

What you need to know: Karen is a daringly inventive new app from the London-based art group Blast Theory that boldly melds currently technology with a weird yet wonderful storytelling sensibility by allowing users to interact with Karen: an amiable, accomodating, and seemingly well-adjusted life coach whose creeping boundary issues and unseemly overeagerness soon begin to suffocate her patients.
Tribeca says: Commit yourself to Karen and immerse yourself in other innovative forms of tech-influenced art at Tribeca's Storyscapes competition starting April 16th.

What you need to see: IndieWire has the latest trailer for director Patrick O’Brien’s autobiographical documentary TransFatty Lives, in which O'Brien (an internet phenom and onetime New York City DJ who performed under the stage name “TransFatty”) rivetingly and shamelessly documents his physically constraining, emotionally wrenching, yet impossibly and humorously life-affirming battle with terminal ALS. Tribeca says: This stirring and sensational first-person film is one of the 2015 Festival’s must-see World Premiere titles. Don’t be sorry you missed it.

Drunk in Love with Amy Schumer

What you need to know: Amy Schumer makes like a wobblier Angela Hayes, with mini-bottles in lieu of rose petals, as Entertainment Weekly’s newest cover girl, complete with an in-depth profile on the breakout comedic actress, including information about her highly-anticipated summer romcom Trainwreck and the upcoming third season of her great Comedy Central sketch Inside Amy Schumer.
Tribeca says: We’re as much in love with this fabulous, fearless, and audaciously feminist comedienne as you are! Buy your tickets now for an exclusive sneak peek at Inside Amy Schumer’s third season, followed by an after-episode panel with Schumer and collaborators, on Sunday, April 19th, at Spring Studios!