The complete abandonment of spelling and grammatical rules in favor of finding jokes in intentional errors is a growing trend online. I call it "English-ish." 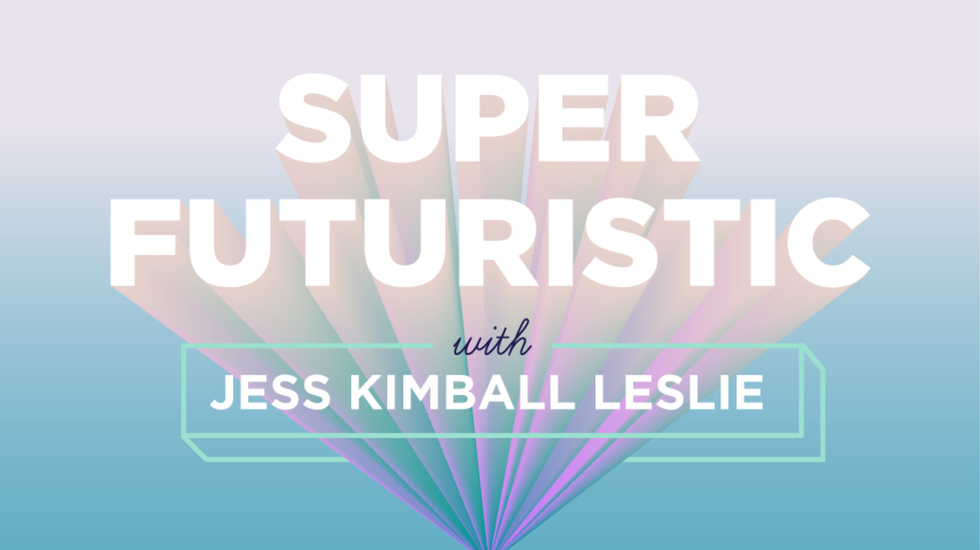 My biggest Internet obsession these days is the Twitter feed of @Seinfeld2000, which sets Seinfeld in the modern day and sarcastically describes possible episode plots. The idea of pitching ‘modern’  Seinfeld plots on Twitter is not unique to the feed, in fact Seinfeld2000 is a parody of another Twitter feed called @SeinfeldToday. Seinfeld Today came up with the whole concept of 140 character modernist Seinfeld plots, and it has thirty times more followers to show for the invention.

To see the difference between the two Twitter feeds -- the parody and the parody of the parody -- here are some typical @SeinfeldToday tweets:

Jerry's gf constantly says "hashtag." George gets a job as a "social media expert." "It's great, Jerry. You don't need to know anything!"

Elaine tries to build an Ikea dresser alone. E:"How hard can it be? It's just furniture." J:"With that attitude? I don't like your chances."

George keeps using his ex's Netflix because the suggestions are finally perfect for him. "I can't start over. This thing knows me, Jerry!"

And here are some typical tweets from @Seinfeld2000:

Whereas one of SeinfeldToday’s creators now writes for Fox,  the studio powers have showed Seinfeld2000 nothing but hostility. Warner Brothers requested that Seinfeld2000’s anonymous creator (known only to be 30 and male) stop selling his recently penned novel due to a copyright infringement. Soon after, Gawker (never one to miss a chance mocking the epic fails of the the mainstream media) re-posted the novel, and to much praise from the New York creative community. Here's a particularly salient excerpt from the novel, titled The Apple Store, which features a Tim Burton-esque version of Barack Obama as a main character:

He take one last bite of the Chicago style deep dish pizza that he has flown to him every day on the Amerecan tax payer's dime and wipe the grease off his mouth with the U.S. consititutien.

"Eeny, meeny, miney, mo — which basic U.S. freedoms are next to go?" he say aloud to no one and every one at the same time.

Then he flash that trade mark Bary Obame million doller grin as a crack of lightning sound in the distance."

Rereading that passage a few times makes it fast apparent how much less funny all of the gags would be if the sentences were properly structured and the spelling corrected. The playful undertone of a youth in revolt commenting on, among things, some of the popular misbeliefs about our president would be nowhere near as piquant.

English-ish is bigger than lolspeak, it’s not tethered to a cat.

This complete abandonment of grammatical rules in favor of finding jokes in broken flows, twisted enunciations, and other intentional errors is something that I’ve been noticing more and more online. I am yet to find any linguistic description of what's really going on, so I’m going to call it "English-ish."

The origins of English-ish (perhaps this term should not be capitalized, as an homage to its cacophonous roots?) do seem to be in Internet comedy subculture, specifically lolspeak and lolcats. Wikipedia describes lolcats as “combining a photograph of a cat with text intended to contribute humor. The text is often idiosyncratic and grammatically incorrect.’”

Lolcats and the weblog "I Can Has Cheezburger?" transformed the Internet shorthand that originated more than two decades ago in chat rooms and T9 text into something different, and something more meaningful: LOL went from being just an acronym for “laughing out loud” to becoming a word unto itself, one that's pronouced "loll.” There's strong onomatopoeia to "loll," it just sounds funny in sort of a laughable, lazy, impersonal-yet-communal kind of way, a word perfectly engineered for the Internet. Lol feels like some form of Internet umami.

These lingual manipulations, as they appeared in “I Can Has Cheezburger?" and other places, were at first largely relegated to anthropomorphizing the supposed internal monologues of our pets. After all, animals can't speak English, so of course if a cat somehow found its way to the keyboard and typed up its thoughts, of course its grammar should come off slightly mauled.

Lauren Gawne and Jill Vaughan from the Australian Linguistics Society explain that people gravitate toward lolspeak because it “builds up two identities simultaneously: cat and Internet-savvy person.

I can has language play: Construction of Language and Identity in LOLspeak from Lauren Gawne on Vimeo.

This solidifies lolspeak as a fascinating storytelling tool, a way to create more complex characters and narratives that reflect the modern world in multiple dimensions.

English-ish is bigger than lolspeak, it’s not tethered to a cat. It's a broader emotional reaction to the world in which we live. The Apple Store’s “Bary Obame” character, which combines President Obama, Internet subculture, left-leaning political ideology and gleeful absurdity seems far too complex for the constraints of grammar.

I don’t think english-ish is ever going away, it’s far too funny of a storytelling device. I think that as the years go on the genre will only refine itself. After poring over hundreds of cat pictures (since lolspeak is the more developed, common art, though english-ish is the more complex and compelling) I think that we’ve gotten funnier at writing badly already. Gawne and Vaughan’s research agrees that deploying just the right about of error when it comes to lolspeak (or english-ish) is crucial: it’s like deciding how much to salt a recipe, since errors are the most powerful tools in the modern humorist’s arsenal. It’s akin to jazz and improvisation, where the art is in knowing the rules so well that you can then effectively break them.

All of this change in such a short span of time makes me want to become a linguist myself, studying the distant times of 2008 when language, comedy, and storytelling changed 4evr.

In the future, expect to see more spellingz and less spelling from the artistic youths of the Internet. After all, rebelling is more fun than following all the rules.