It's deeper than rappers' clothing. In his first documentary, music journalist turned filmmaker Sacha Jenkins takes a deeper look at why hip-hop artists and their fans strive to dress so flashily. 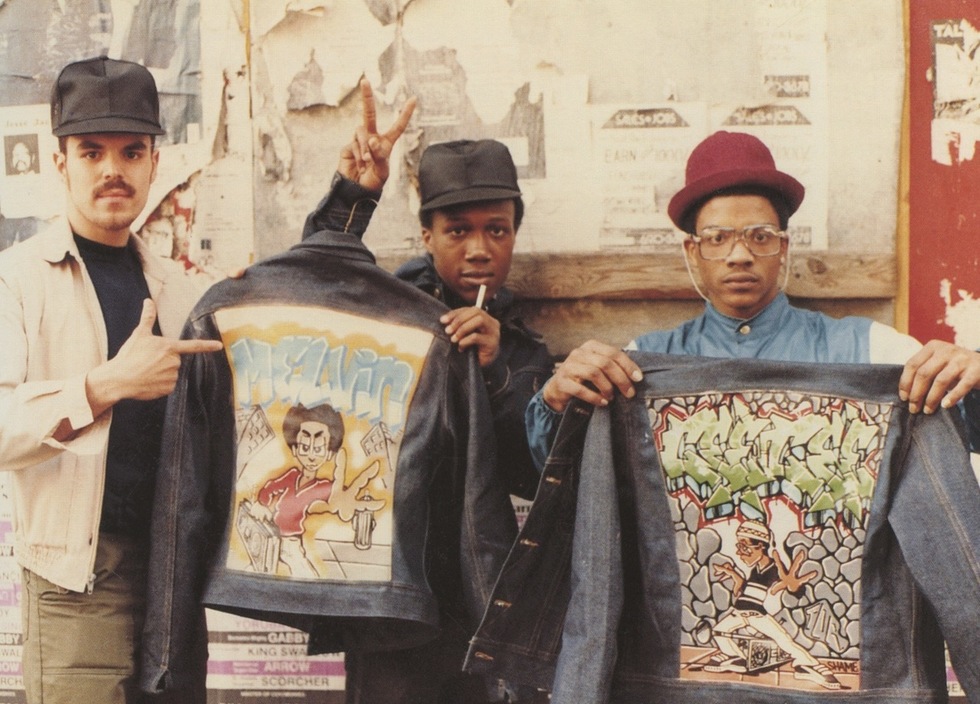 “Being fresh is more important than having money. The entire time I grew up, I only wanted money so I could be fresh.” – Kanye West

That quote arrives early into Fresh Dressed, the new documentary from first-time director Sacha Jenkins, a veteran music journalist who’s been covering the rap industry as a magazine editor and reporter since the 1990s. On one end, it’s exactly the kind of soundbite you’d expect from someone who once labeled himself the “Louis Vuitton Don,” but there’s more going on there than meets the eye. Whether he meant it as such or not, Kanye’s sentiment gets directly at the heart of the film’s deeper and socially relevant implications.

An exhaustively comprehensive look at how hip-hop’s fashion sense has evolved over the last 40 years, Fresh Dressed corrals expert opinions from a murderer’s row of major players in the urban style landscape, including stylish rappers like Pharrell Williams, Nas, and the aforementioned Kanye; hip-hop entrepreneurs like Sean “Diddy” Combs and Damon Dash; and game-changing brand launchers like Daymond John (FUBU), Karl Kani, Tony Shellman (Mecca, Enyce) and Riccardo Tisci (Givenchy). While those are definitely the film’s flashier draws, Jenkins’ intentions with Fresh Dressed are more than starry-eyed. Rather than just superficially celebrate everything from Cross Colours to Sean John and Rocawear, Jenkins taps into the underlying cultural and social motivations behind why hip-hop heads dress how they do.

Born in Silver Springs, Maryland, Jenkins moved to Astoria, Queens, in 1977, where he witnessed hip-hop’s early rise firsthand. Amidst the Maryland-to-NYC culture shock, he started to realize that his distinctive-looking peers weren’t expressing themselves clothing-wise just for the vanity of it. “A lot of the folks who were in gangs back then were inspired by biker culture,” says Jenkins. “A lot of them couldn’t be in the biker organizations because they weren’t white, so they created their own look, their own gangs and their own aesthetics. And how did they dress? They looked like bikers, and they reflected the world they were living in. The buildings were burnt down—it was all rubble. So their fashion was a direct reflection of the environment they were in, and the music and the art that came out of that was also a reaction to and a reflection of the environment they were in.”

Throughout Jenkins' hip-hop coverage over the last three decades, he’s seen the connections between those earlier days and everything that’s happened since. “Quote-unquote ‘high fashion’ is about privilege, or people of privilege,” says Jenkins. “You’ve gotta have money to go to Paris and socialize with people who are at a particular place in life. Quote-unquote ‘hip-hop fashion,’ just like everything else that came out of the culture, was a reaction to and a reflection of the environment that created hip-hop.”

But, contextually speaking, where does hip-hop fashion stand in 2015’s environment? It’s an environment where race and class issues are front-page news, and rappers now fall into either one of two categories: those who’ve started pointing their arts towards social awareness (e.g., Kendrick Lamar, J. Cole) and those who rap about excess while avoiding society’s larger matters (about 75% of rap's other artists).

Hip-Hop Fashion's Color Lines
“Someone recently made the connection to me between how hip-hop’s fashion and aesthetics are similar to punk rock’s fashion and aesthetics, but my thing is, if you’re white and you’re a punk rocker who wears studded belts and you spike or shave your hair off, you’re a skinhead who does all these crazy things—as long as you haven’t tattooed your entire face, you can still stop being punk rock and just be white, and not have the stigma of, ‘This person’s punk rock, so they’re scary and dangerous.’ With hip-hop, whether you’re dressing hip-hop or not, you’re still black, and that doesn’t change.”

“Fashion has always been a big part of the sense of ownership over one’s self. In a world where you don’t own much and there isn’t much opportunity, the last thing you have sometimes is your dignity. People want to look and feel dignified. Even if young people create an aesthetic that older people don’t understand, it’s still dignified. Young people can create an aesthetic within the culture where other young people will look at them and go, ‘Man, that guy is doing it. I respect how he looks. He’s dignified.’ That’s what hip-hop did: it gave a lot of people an identity.”

“That’s why fashion has always been so important. It’s the one thing that people can feel like they have control over. You don’t always have control over your education, your jobs and who’s gonna accept you, but you can control how you look.”

The Unfortunate Fashion Sense of #BlackLivesMatter
“I grew up in New York, and I remember the feeling of being ostracized if you didn’t have the cool shoes or whatever. Now, I’m an adult, so I can look at it and say, ‘Everybody wants to fit in, and kids get bullied everywhere—it doesn’t matter where you are.” But I’m also thinking about the notion of, a lot of kids I grew up with had parents who couldn’t afford to buy them the most expensive sneakers.”

“In the film, there’s a sneaker collector named Mark who tells a story about how, when he was a kid, he was laughed at for wearing lame sneakers that his mom bought for him, and how he vowed to never be laughed at again, and now he has this ginormous sneaker collection. I guess he can now say that he’s never gonna be laughed at again now, but what does it mean that poor people ridicule one another, and the only way you can find peace and survive—i.e., be left alone—is if you somehow acquire material goods that give you a level or measure of respect? For me growing up, a lot of kids’ parents couldn’t afford to keep them fresh, so some of them sold crack. In 1987, with the money these kids were making everyday, they could buy everyone in their building a new pair of sneakers, but at what cost?”

“I wanted to make a film that explored the fashion and the innovation, where people who didn’t have money could be creative and take pride in themselves, but at the same time I want people to examine the things that we’ve done hip-hop and fashion-wise, and why we’ve done them, and how those things still resonate today and are still affecting young people today. You learn about Run-DMC making a song about Adidas, but then later in the film you hear about people riding, or attacking other people, over sneakers. I wanted the film to entertain but also open up the conversation about bigger-picture issues.”

“There’s nothing wrong with aspiration. There’s nothing wrong with fashion and wanting things that are expensive. In a world where police departments all over and flagrantly killing young black men, should you really be riding over sneakers right now? There are some bigger things to be thinking about. It’s easy for me to say this as an adult, like, ‘Okay, guys, if your mama can’t afford to buy you sneakers, it is what it is, homie! Just live. And everyone else, don’t make fun of him because it’s not nice.' It’s easy for me to say that now as an adult and as a parent, but there needs be some kind of balance. Kids want to fit in, and that’s cool, but let’s look at what the real issues are before we assign so much value to these material things. Let’s assign more value to young black lives. Let’s invest in that—let’s not assign so much value to material items.” 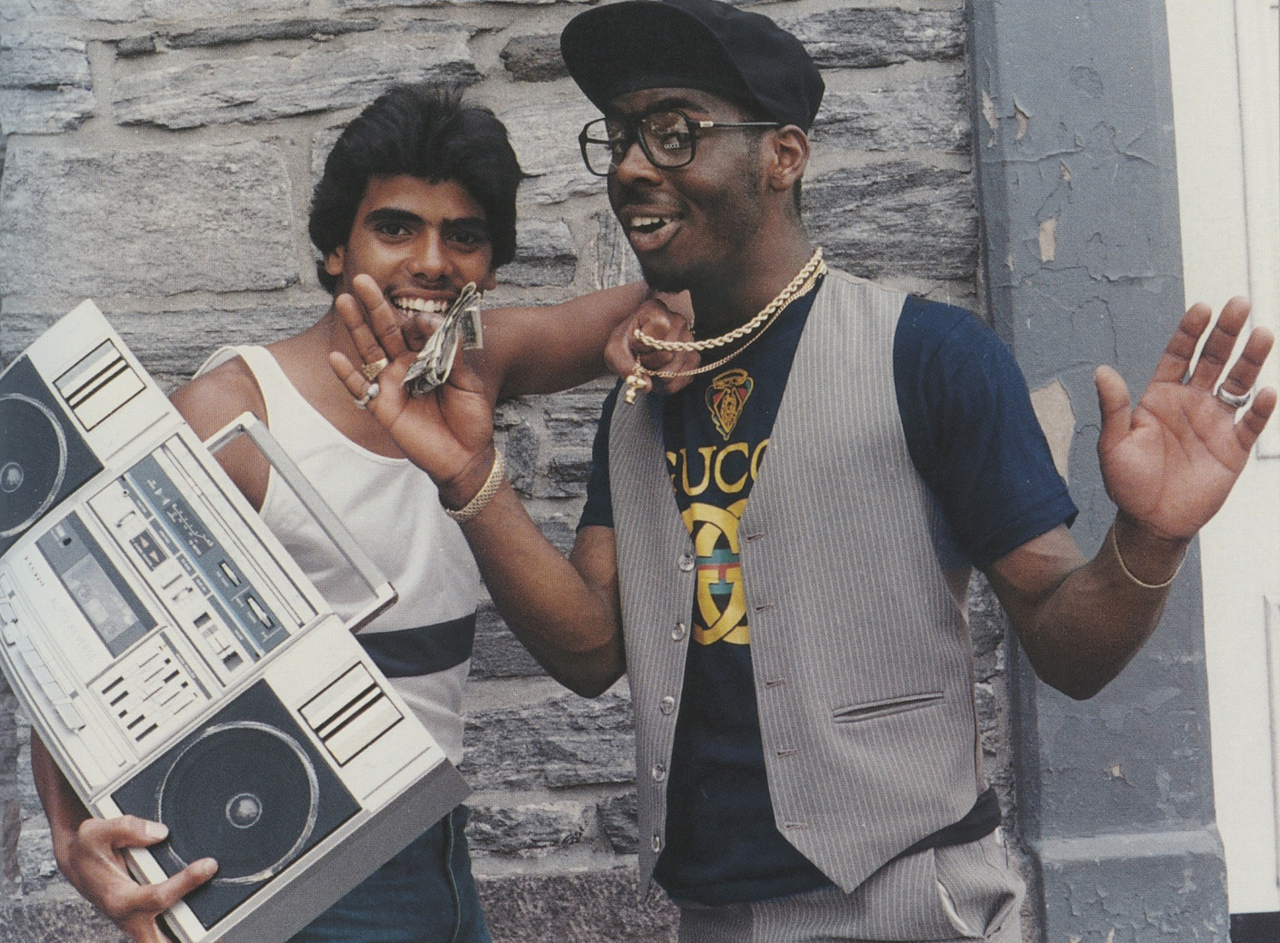 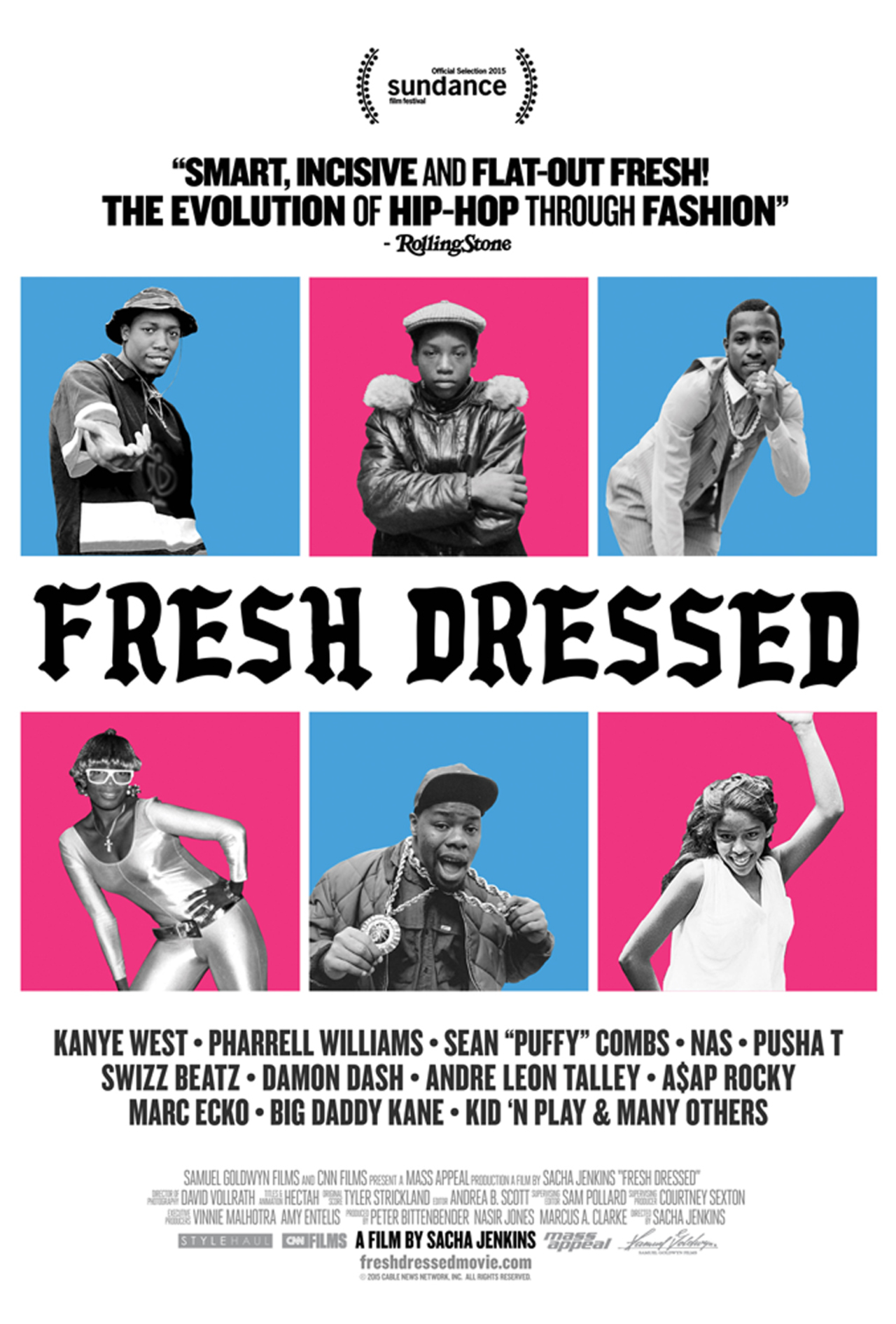 2 / 12
The official poster for FRESH DRESSED. 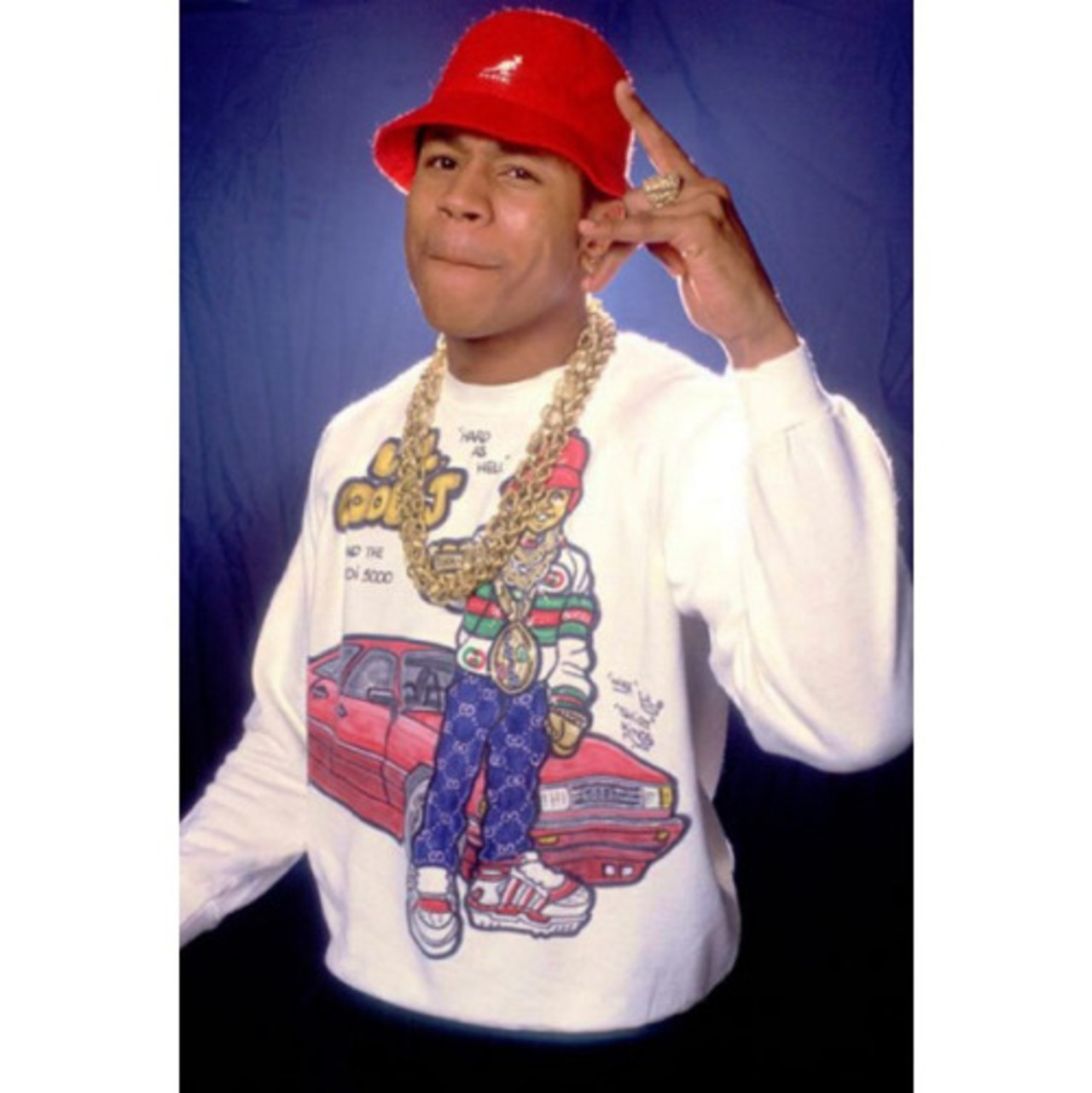 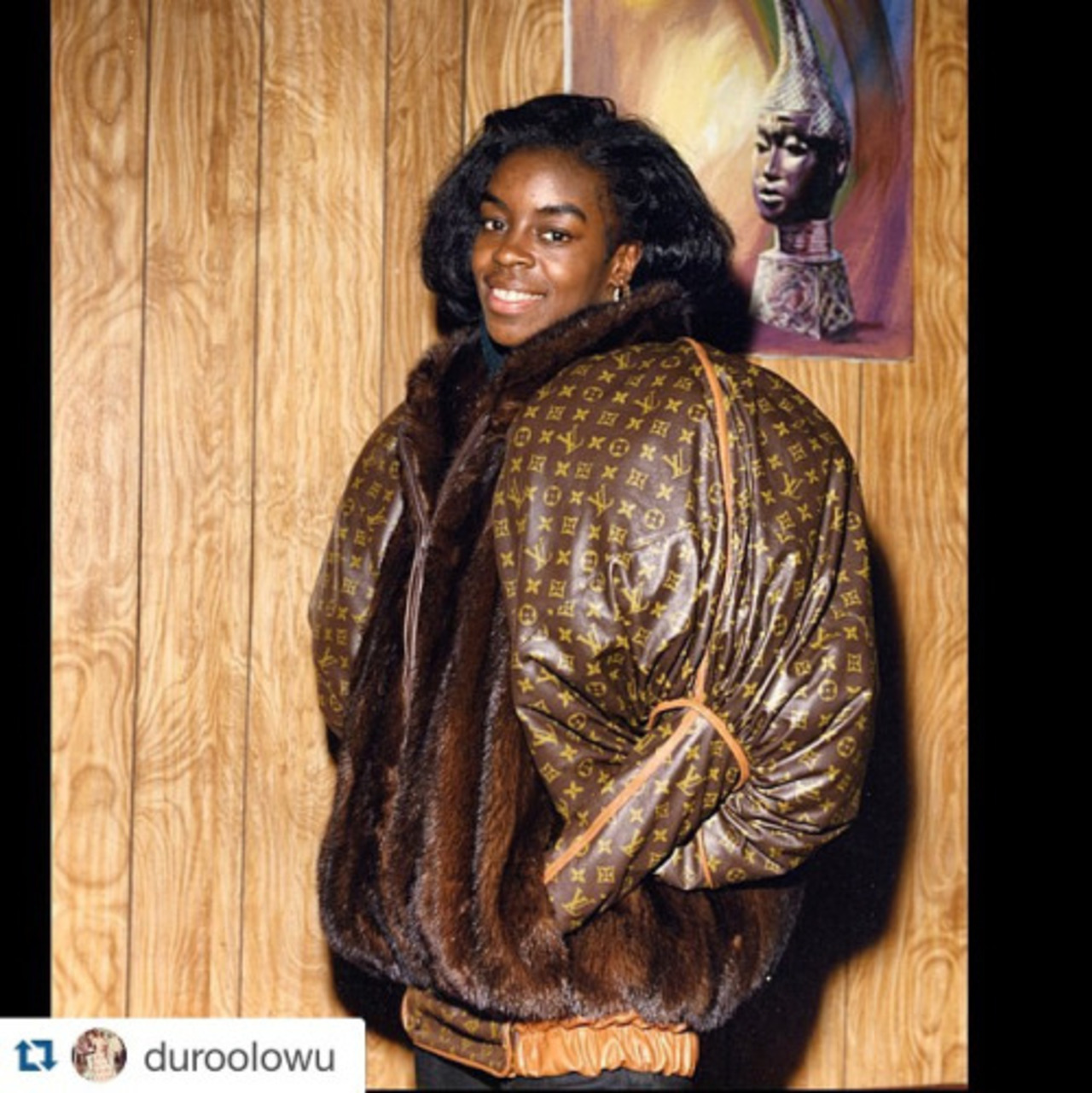 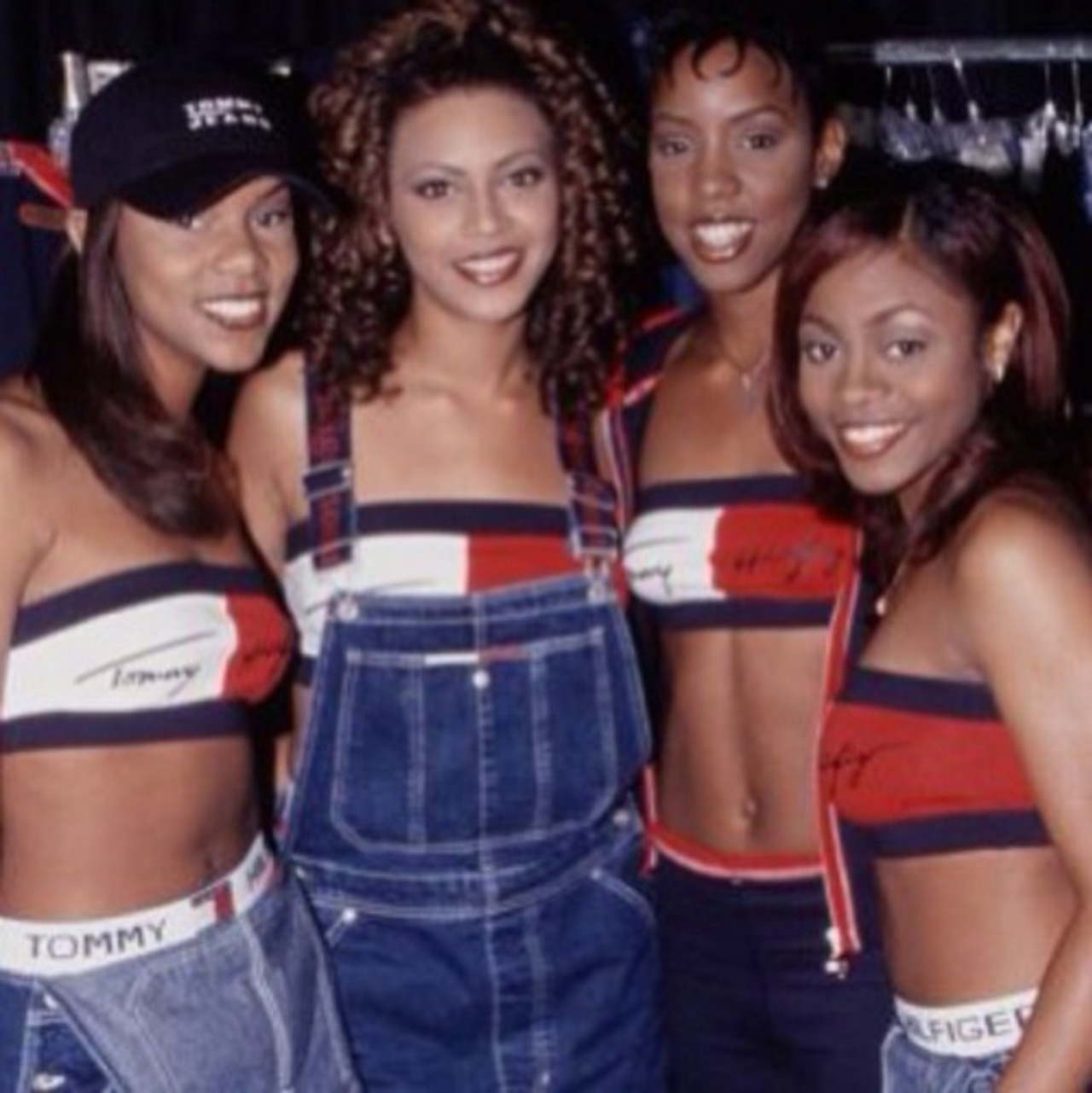 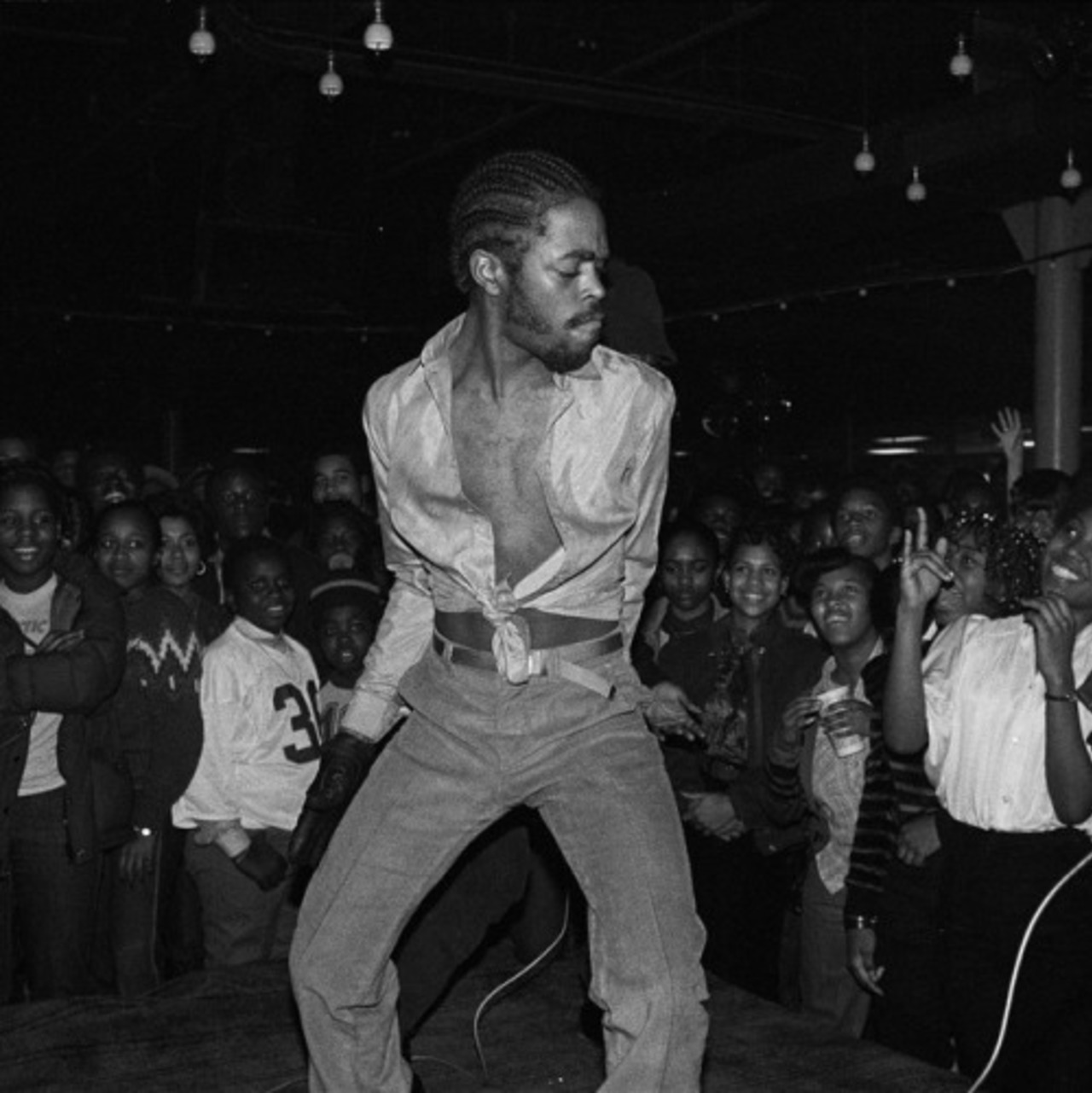 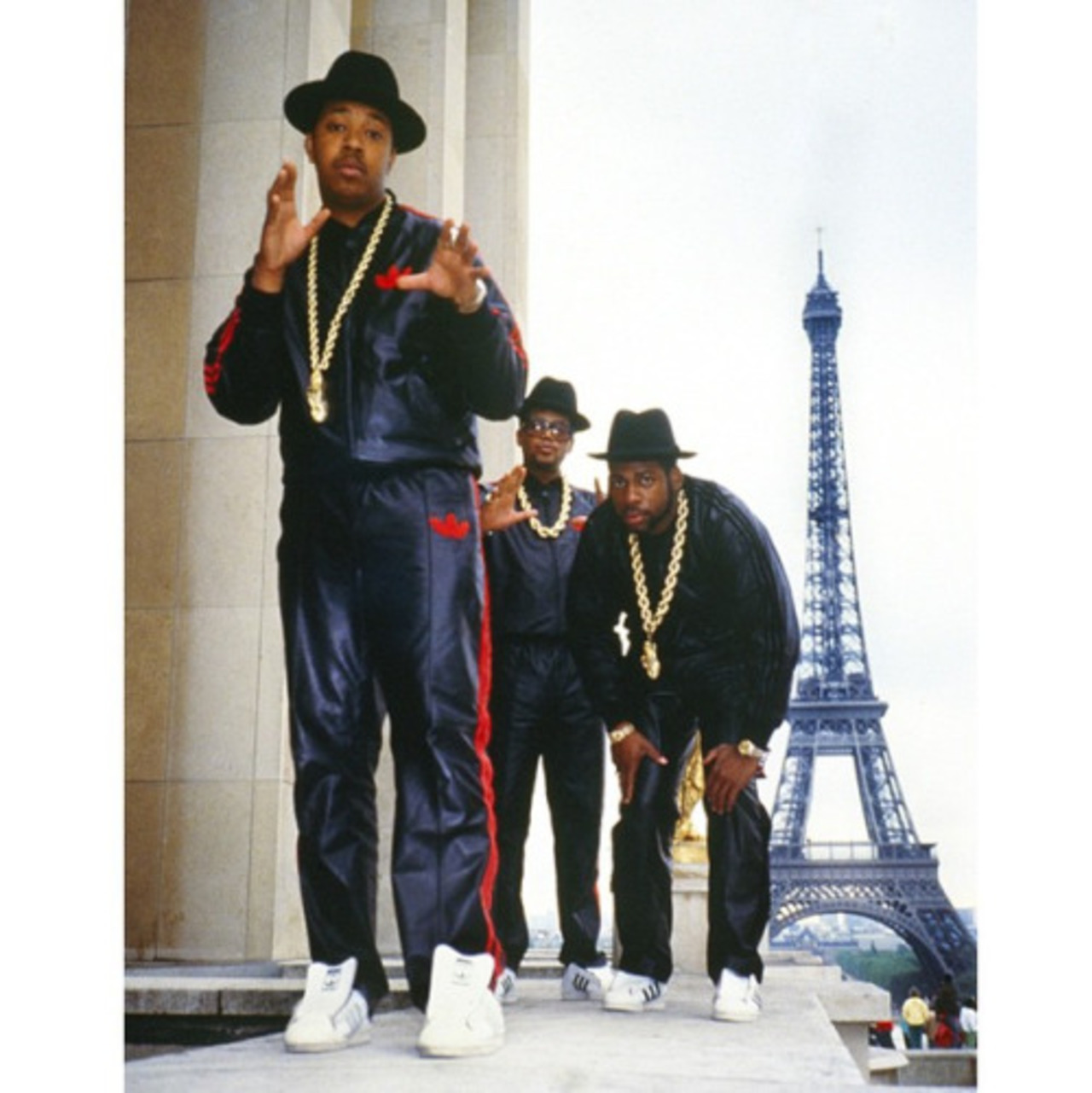 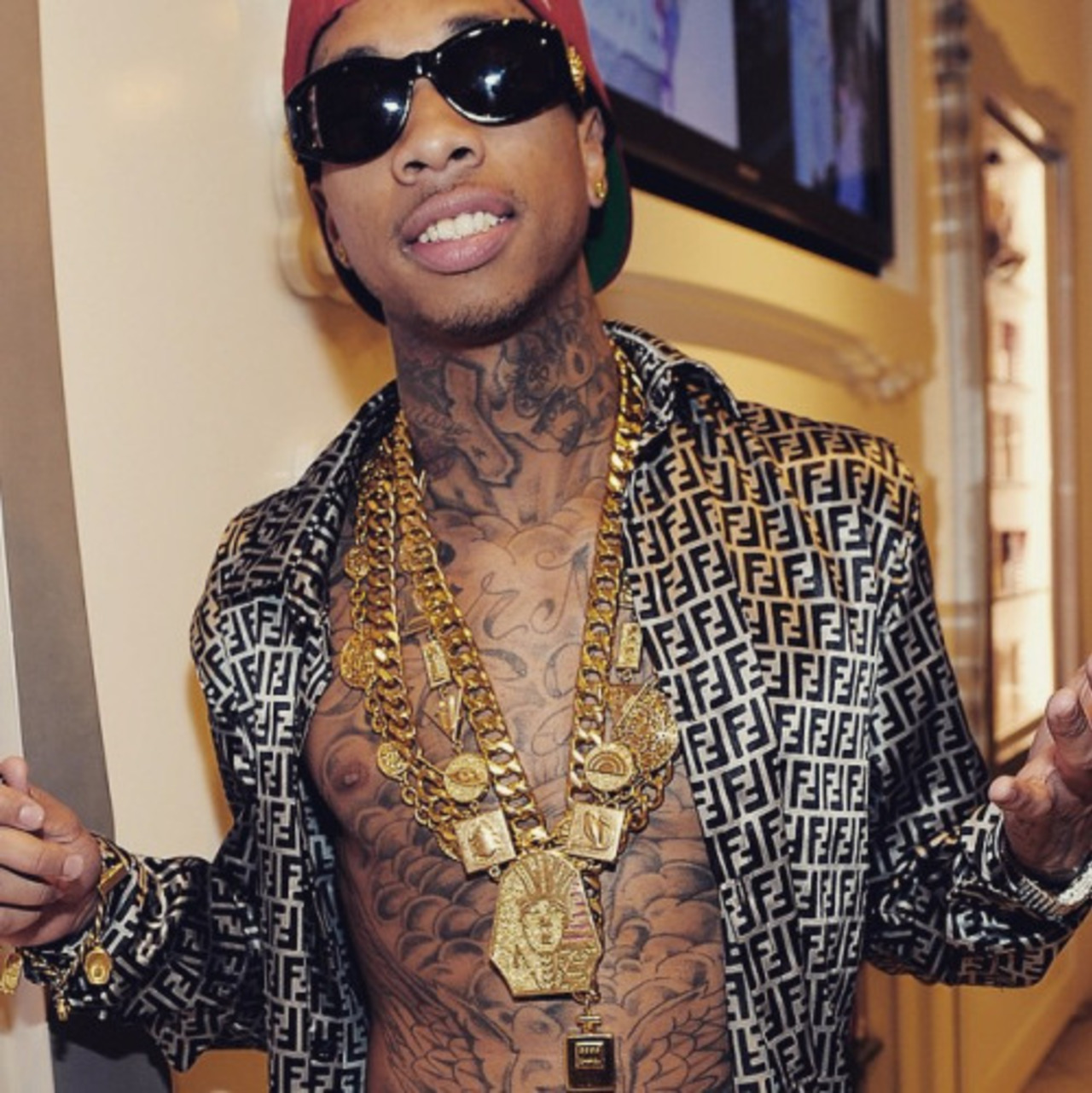 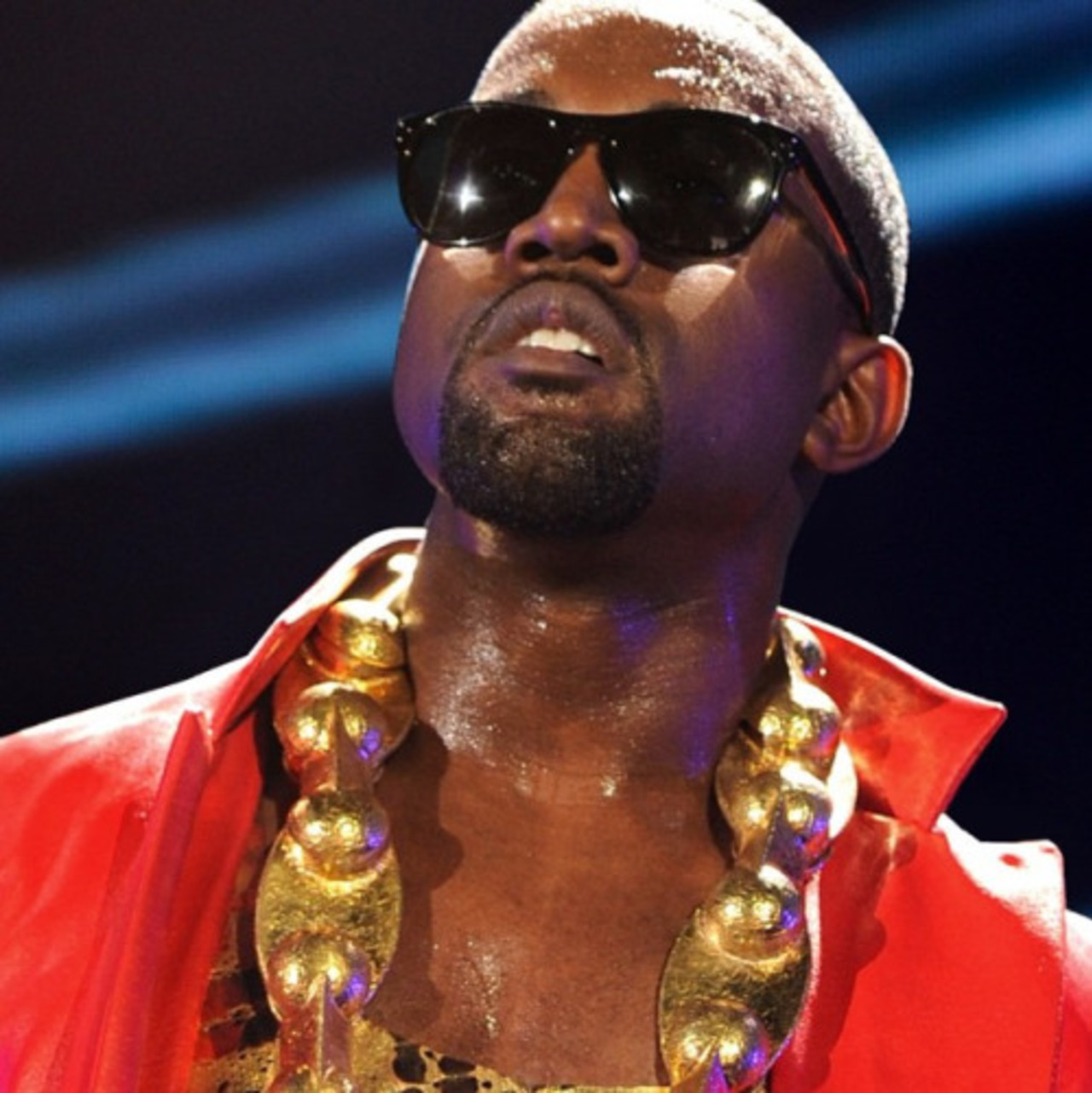 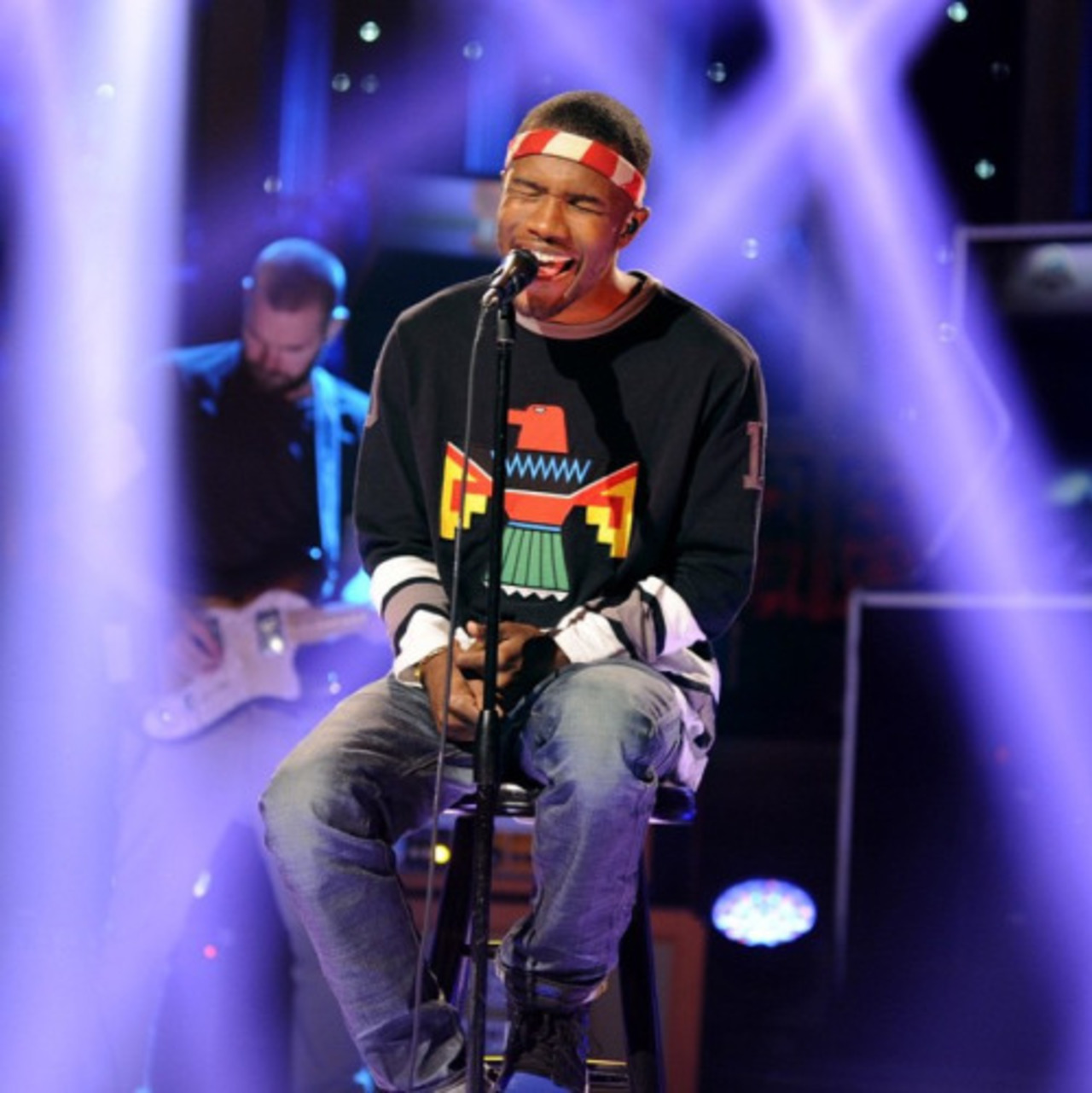 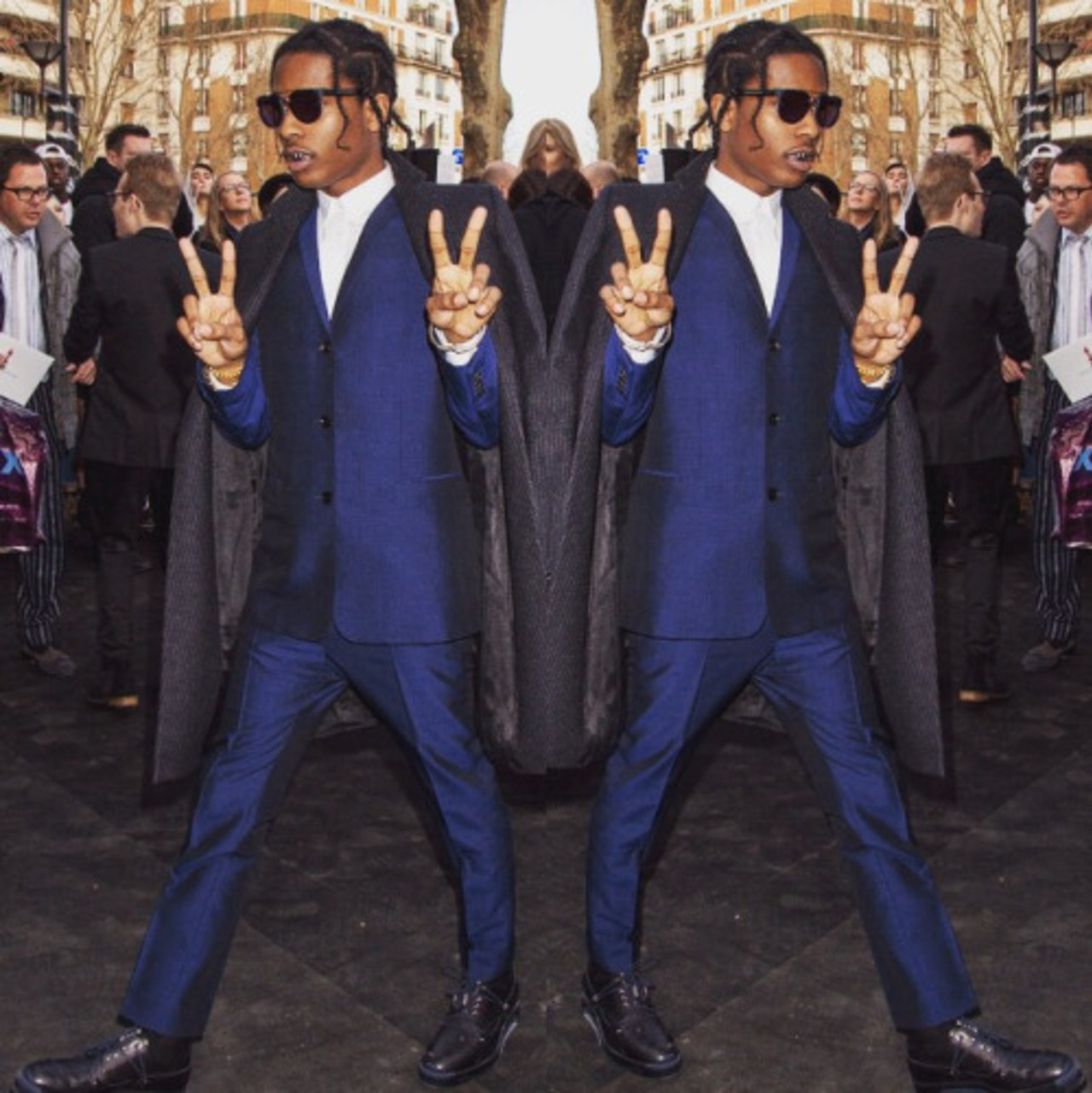 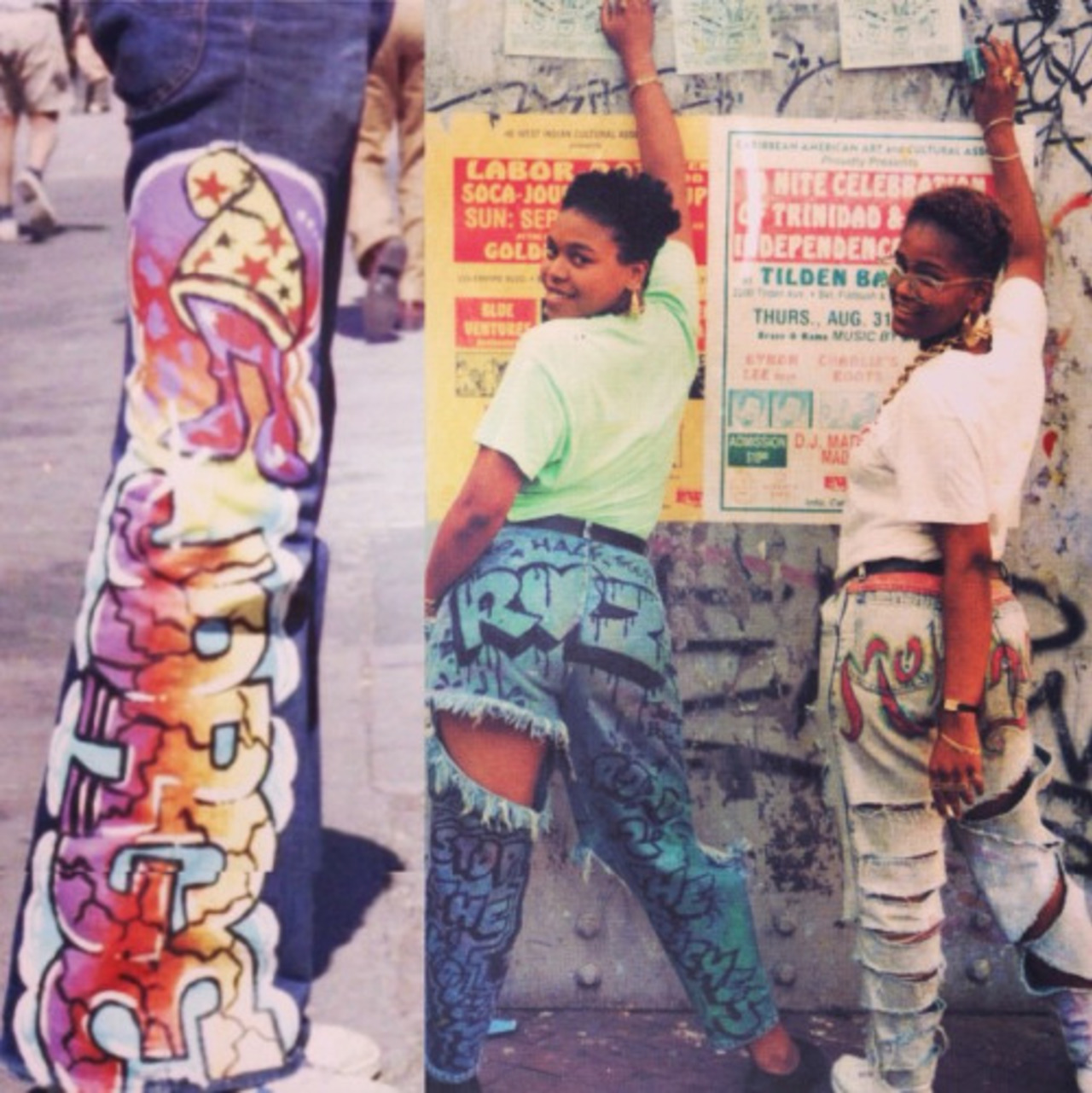