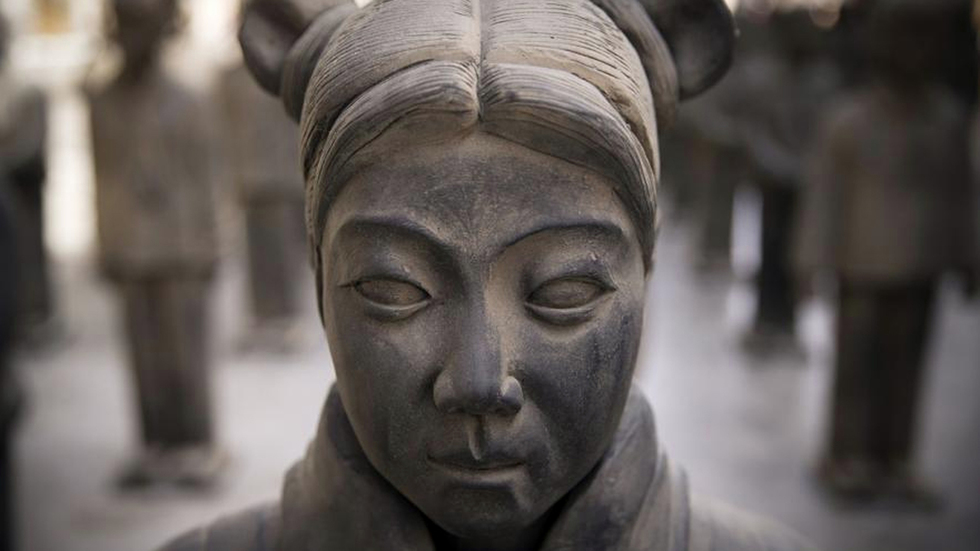 Here at the Tribeca Film Festival, our filmmakers don’t just get a trophy or a certificate when their films win one of our coveted prizes. One of our favorite TFF traditions, started by co-founder Jane Rosenthal, is our annual Artists Awards Program, sponsored by Chanel, for which contemporary artists donate original works that will be awarded to the filmmakers who win their respective categories at the Festival. As usual, we’ve assembled an eclectic and brilliant group of artists whose groundbreaking works reflect the innovation that Tribeca cultivates.

The incredible pieces that have been donated for the TFF 2015 Artists Awards Program will be on display at Spring Studios at 50 Varick Street, an event that is free and open to the public from April 13-25 (closed on April 23). The good news is you don’t have to wait until the Festival to get to know a few of the talented artists taking part in the festival this year.

Prune Nourry is a French artist (now living in NYC) who draws her primary influences from issues of human characteristics and selection. Nourry utilizes a variety of media, including sculpture, photography, and video, which she showcases on her Instagram, along with images from her travels. Take a look at some of the stunning images from her 2009 series, Terracotta Daughters, from New York and Mexico:

Tonight the girls will finally see you, NYC! Before heading to Mexico City and then China to be buried until 2030! Opening from 7-9pm at 104 Washington st. (corner with Rector st.) with Crossing The Line Festival and the China Institute #CLT14 #FIAF #terracottadaughters
A photo posted by Prune (@prune) on Sep 10, 2014 at 9:49am PDT


I miss my girls #backsoon Fortunately I Have the best babysitter @anahuacalli
A photo posted by Prune (@prune) on Nov 16, 2014 at 6:48am PST


Need another reason to join Prune’s growing army of followers? She also offers stunning glimpses of pieces she currently has in progress:

Blending together the worlds of art, architecture and performance, New York-based artist Daniel Arsham is not satisfied unless he is experimenting and collaborating with other exciting talents. Through his exclusively black and white Instagram feed, Arsham’s followers are able to keep up with the artist’s travels as well as his celebrity pals and co-creators:

@marioncotillard found this work I made at a secret location in Paris 🙏
A photo posted by Daniel Arsham (@danielarsham) on Feb 11, 2015 at 6:17am PST


The team took the door off the helicopter so I could stand on the rail to get this shot of Central Park at 1500 feet. I checked my harness twice. @nyonair
A photo posted by Daniel Arsham (@danielarsham) on Jan 29, 2015 at 1:48pm PST

I'm so fortunate to work with such talent. @juliettelewis on the set of @futurerelicfilm | This and other behind the scenes images by @james_law1 will be on view at @leicastorela beginning next Saturday February 7th
A photo posted by Daniel Arsham (@danielarsham) on Feb 1, 2015 at 10:36am PST

Known for her work in the film and fashion industry, veteran photographer Jean Pagliuso changed her focus in the late 90s to the endangered environments and threatened ritual in places like Egypt, India, and Burma. Through her Instagram feed, Pagliuso chooses to showcase her travels and quirky sights and objects she witnesses:


Pagliuso also posts vintage pictures from her days of photographing celebrities, shooting behind-the-scenes for greats like Robert Altman, and the iconic Hollywood sign:


The other esteemed artists in our program include Robert Bordo, Elizabeth Colombo, Stephen Hannock, Clifford Ross and Piers Secunda. For more information on the other programs at the Tribeca Film Festival at Spring Studios at 50 Varick Street and to purchase a Spring pass that provides full access to the space and events, visit www.tribecafilm.com.