In the spirit of Mother's Day, these unforgettable New York City moms will have you picking up the phone to call your own mother with a renewed (and slightly terrified) appreciation. 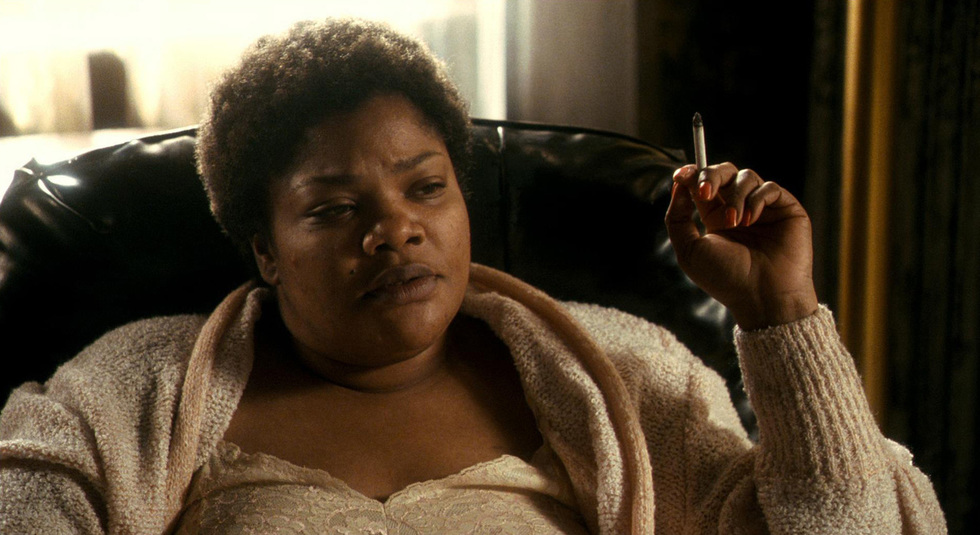 Mo'Nique in PRECIOUS. Photo by Lionsgate.

A despairing, deteriorating banshee of a woman hidden behind a clenched smile and a stony stare, Erica can't seem to make up her mind about whether Nina's impending ballet stardom will bring her joy or misery, but she's not about to just sit around and let her daughter lose her mind and make out with Mila Kunis (or not). Hershey earns her spot here if only for making the simple but subtly treacherous act of forced nail-cutting into a stomach-turning horror spectacle. — Matthew Eng As brought to blistering, bone-quaking life by Mo'Nique in her Oscar-winning, five-alarm fire of a performance, Mary Jones is a monster mother for the ages, torturing and manipulating her eldest daughter Claireece (a.k.a. "Precious") beyond comprehension, and, in the process, making Faye Dunaway's Joan Crawford in Mommie Dearest seem like a warm, distant memory.

Mary's brutality, belligerence, and self-delusion are all indelibly toxic, but it's Mo'Nique's pitiful, unpolished interpretation that brings this rampaging beast back down to scorched earth. You may ultimately take pity on the menacing but misguided Mary Jones, but you sure as hell won't want to pay her a visit anytime soon, lest you'd like a TV thrown at you... —M.E.


We're bending the rules a little for this volatile, globe-trotting glamour-puss of a mother, but, really, why deny Julianne Moore ever? Sure, the disturbing, real-life treacheries of Tom Kalin's underappreciated period drama Savage Grace only begin in New York, but Moore's Barbara Baekeland is a strange and unforgettably ferocious matriarch, a self-dramatizing society dame whose unquenchable appetite for the finer things in life leads her to covet clothes, houses, locales—even her enigmatic killer son (Eddie Redmayne).

You may have seen Moore and Redmayne last year in their compassionate, Oscar-winning turns as debilitating geniuses (in Still Alice and The Theory of Everything, respectively), but you haven't truly seen them until you've watched them dig into these meaty roles (and each other) with all the heated, carnivorous hunger that could melt an Oscar. —M.E.

Technically, you never see the mother in William Lustig’s Maniac, a quintessential ’80s horror movie that makes you want to seek out the nearest shower once it’s over. As for everything else, though…well, you see it all, and none of it’s pretty.

Brutal, sleazy, and authentically grimy, Maniac is the not-so-heartwarming story of Frank Zito (played by Joe Spinell), a serial killer who stalks NYC subways and streets looking for women to scalp, because, poor guy, he has serious mommy issues—as in, his mother was a prostitute who sexually abused him when he was little, and died in a car crash, leaving him alone and royally messed-up. Every time Frank talks to his long-dead mom after graphically offing someone, you’ll be ready to call your own mother and thank her for not, you know, turning you into someone who does this. —Matt Barone


Mia Farrow's tortured, tremulous, and iconic Rosemary Woodhouse isn't actually a bad mother. If anything, she's easily the best mother on here, maybe even the most devoted mother in movie history. But if Roman Polanski's timeless horror classic accomplishes anything, besides terrifying the life out of us and poor Mia, it's solidifying the love and dedication of the innately maternal and the desperate, last-ditch lengths they'll go to in order to protect their baby from the clutches of Manhattan's upper-middle-class Satan worshippers.

So praise Mia for delivering one of the greatest woman-in-peril performances ever. And praise Rosemary and all the other mothers of the world who raise and nurture babies, no matter where they come from—even if it's the netherworld. — M.E.