Take a trip to the arthouse this month to see an Oscar-nominated work of rare artistic daring. 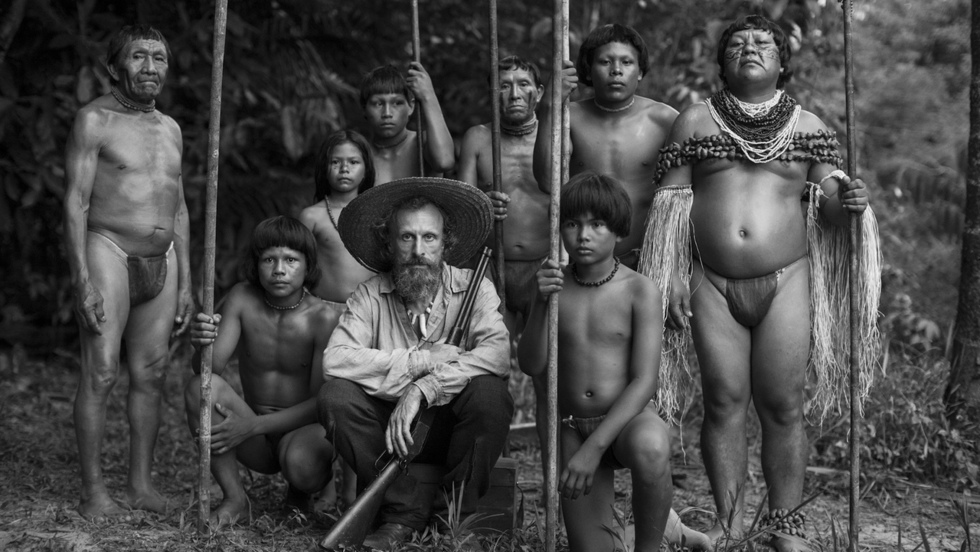 Already one of the most celebrated films of the year, Ciro Guerra’s Best Foreign Language Film nominee Embrace of the Serpent is many films we’ve seen before: a breathtaking foreign epic, a bracing action-adventure, a somber historical drama, a national reckoning, and even a stomach-turning horror show during some of its grislier detours. And yet, the cumulative impact of these potentially overwhelming filmic impulses result in what is unquestionably one of the most spellbinding moviegoing experiences in recent memory. This is cinema as possessive transcendental hallucination, a remarkably tangible dreamscape of a movie that eases you into its distinct milieu and then dares you to question every image and appearance.

The film braids together two stories, each centered around an Amazonian shaman named Karamakate (played by non-actors Nilbio Torres and Antonio Bolívar in young and old incarnations, respectively), who embarks on separate missions with two scientists, the ailing, turn-of-the-century German ethnologist Theodor Koch-Grunberg (Jan Bijvoet) and, some decades later, the American biologist Richard Evans Schultes (Brionne Davis), as each searches for the mysterious yakruna, a rare, sacred, and supposedly curative plant.

The interwoven narratives meet up at gripping and unexpected junctures, taking us from fiercely protective indigenous tribes to overzealous Christian missionaries and one terrifyingly delusional religious cult, all captured in black-and-white photography that aims for stark panorama rather than lushly-filtered prestige. Guerra's overarching intent is clear: nature's capacity for magnificence and man's capacity for monstrosity have always coexisted, but Embrace succeeds where so many films before have faltered because Guerra actually takes great pains to imbue his indigenous characters with both drama and dimension, plumbing their histories, ideologies, and practices with enthusiastic investment. 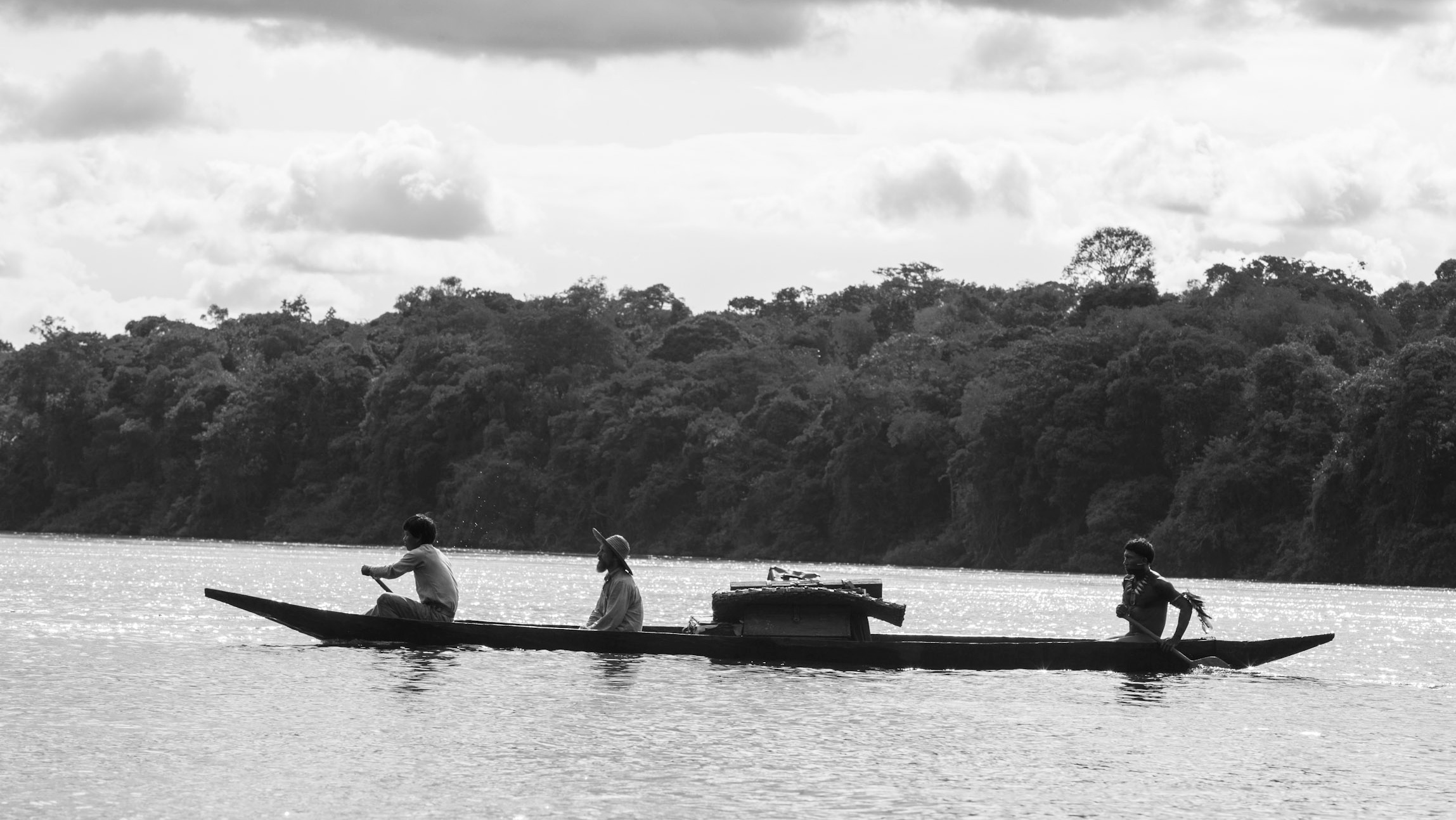 "This concept [of private property], which is so rooted in our culture, is really just a concept," says Guerra in an interview with Remezcla. "I wanted the film to portray this, and I realized when I was with the indigenous people that they take what they need from whatever culture. They don’t have this idea of a culture being pure, they don’t have this idea of races being different. A man is just a man, no matter what his skin color is." In Embrace, Guerra is both ambitious filmmaker and eager student, two roles imbued with an intrinsic curiosity that bears some gorgeously unadulterated visions, but also—and even more rewardingly—a storytelling approach that is at once deeply humane but also refreshingly unbiased.

It's amazing a film this uncanny and proudly prone to thematic elusiveness managed to impress the often conservative Academy voters who boosted it onto their precursory shortlist and then onto that final, five-wide roster. But, then again, it’s hard to argue with an artistic vision as utterly distinctive as Guerra’s. Even when his story stutters, it’s hard not to be seduced by the sheer immersion of his filmmaking, which may risk confounding those bent on questioning every twist and turn along the way, but yields immense rewards for those who are willing to merely let themselves be taken. And with craft this stunning, why would you ever resist?

Find screening opportunities here. And check out this intriguing Remezcla interview with Guerra, who sheds light on his heavily-lauded film's monochromatic look and tricky editing process: