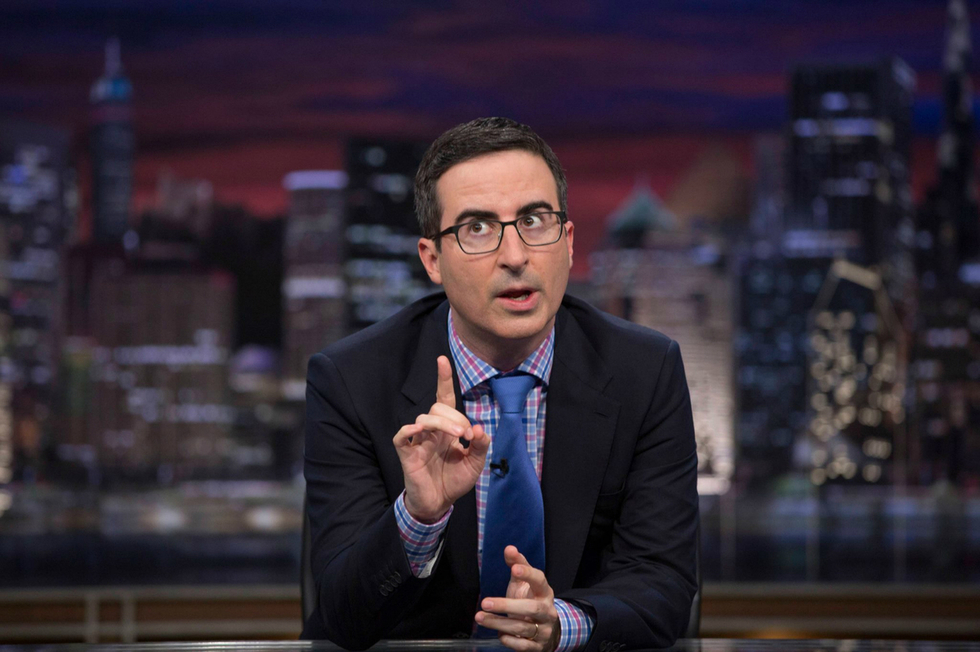 Last night, Tom McCarthy's Spotlight snuck away a Best Picture Oscar from Alejandro González Iñárritu's seemingly surefire The Revenant. One of the year's most quietly and confidently spectacular films, Spotlight depicts the heroic, Pulitzer-winning efforts of The Boston Globe's "Spotlight" team to expose decades of rampant child sex abuse within Boston's Catholic churches, while defrocking the institutional higher-ups who allowed such despicable behavior to endure without intervention.

While we were all watching Mark Ruffalo and the rest of the Spotlight ensemble perform an adorable freakout during last night's Oscars ceremony, however, Friend of Tribeca John Oliver was delivering a ferociously trenchant piece of journalism of his own on HBO's Last Week Tonight, which is consistently the most engaging and entertaining news program currently on TV.

The subject? Leading Republican presidential candidate Donald Trump, a figure Oliver has shied away from covering over the past few months because, as Oliver himself will tell you, he's about as equipped to run the country as a lemur with a banana.

The results? Hysterical, hard-charging, and genuinely enlightening, but never more so than when Oliver drops the joking altogether and breaks down with pleading and actually-kind-of-heroic intensity why the abhorrent Trump, who can barely disavow a KKK leader correctly, should be as far away from the Oval Office as humanly possible.

This is some good, fiery, and eviscerating journalism. See for yourself:

Now give this man a Pulitzer.