Why Are DIY Horror Films Thriving?

Can you believe how well low-budget horror is still doing at the box office? 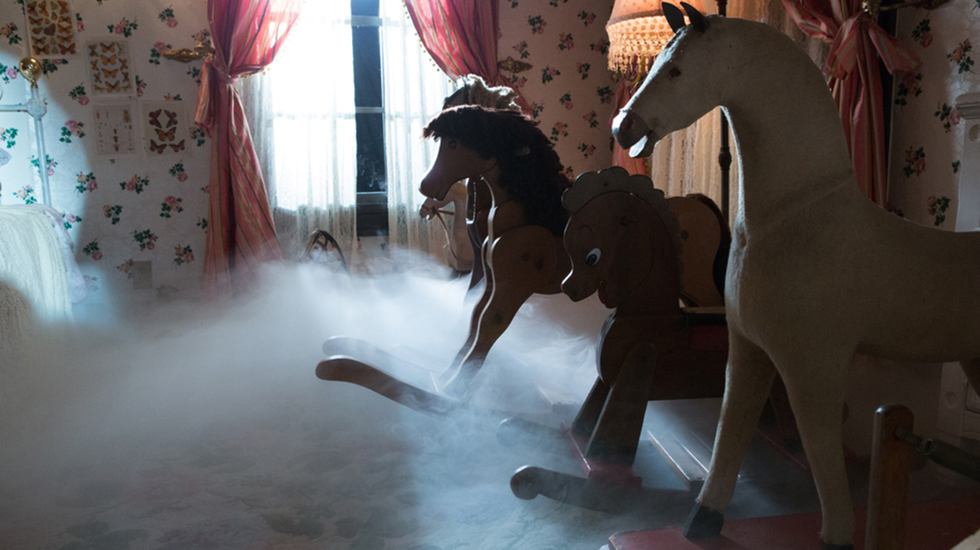 Halloween is still over a month away, but the horror genre has already produced several number one films in 2013.The latest is Insidious: Chapter 2, which dropped from first to second place this past weekend. In the midst of a golden age of DIY horror, audiences have snapped up more than 50 million tickets to horror movies thus far this year. The Conjuring, Mama and The Purge – all fairly low-range films in terms of budgets – topped the box office during their respective openings. The upcoming Canadian indie film, Afflicted, might be the next microbudget horror taking advantage of the resurgence of the genre. So why is the horror genre striking a particularly relevant note to audiences right now?

The costs of production have never been lower, and the return on investment has never been higher for films in the horror genre. Supernatural horror film Insidious, made for about $800,000, eventually grossed over $54 million worldwide. Plus, in the spirit of democratic capitalism, the popularity of DIY horror has led to DIY horror franchises.  Not unike Jason Voorhees returning from the grave every Halloween, DIY horror has a long theatrical afterlife. VOD and digital releases of horror films are providing a comfortable ROI to the studios. Not since the former Soviet Union and the United States were in an standoff over the fate of the West has there been so many low to micro-budgeted horror films competing for the attention of audiences. So why – once again – is DIY horror thriving?

Blame Paranormal Activity. Jason Blum, creator of what is now called “the Paranormal model,” struck it big in 2009. The Paranormal model is, in many ways, the fountainhead of the DIY horror movement. The Blumhouse Films philosophy essentially involves telling eminently franchise-able horror stories with low and micro-budgets, then selling them through the studio system.

Jason Blum, who was the Vassar college roommate of Noah Baumbach, had his horror film beginnings with the Weinstein brothers. As co-President of acquisitions, he closed the deal on filmmaker Alejandro Amenabar's intelligent horror script The Others for Miramax. After leaving Miramax, Blum had some hits (The Tooth Fairy) and misses. Jason Blum ultimately found his gory calling when he convinced Paramount to release Paranormal Activity theatrically when it was headed for a direct-to-video release. Paranormal Activity, made for $15,000, eventually grossed over $107 million worldwide;

The Great Recession might also have something to do with the rise of DIY horror. Films that most accurately reflect the political and economic realities of their age will become box office successes. The horror genre, as an art form, reflects the country’s psychic trauma. The Exorcist, according to that theory, is a magnificent artistic expression of post-Watergate America. To find the reasons for the popularity of DIY horror one need only look to our recent economic trauma.

The last time the horror genre was so culturally relevant was during the 1980s, at the height of Ronald Reagan’s dramatic budget deficits. Is there some correlation between our collective national financial peril – zombie banks? large budget deficits? – and our felt-need for sanguinary gore? As the staff of Slate stated in an interesting piece titled The Greatest Horror Films of the Aughts, “That the halcyon days of horror are directly proportional to the index of actual human suffering.” On the festival circuit – in Toronto – horror films were warmly received; on the smaller screen, AMC’s Walking Dead, which returns just before Halloween, set ratings records, scoring 12.9 million viewers in their final episode in April.

Horror films also, quite simply, getting better. Audio matters and, thanks to Dolby Atmos, genre flicks sound better than they did a dozen years ago, attracting new fans along the way, which is vital. Fan engagement leads to a rich social media conversation, which leads to a robust theatrical afterlife. Twenty years ago, fans of things sanguinary read Fangoria, were considered a little odd, and hoped to attend a sci-fi convention in the nearest big town. Nowadays, horror avids – and we are legion – are the connoseurs and tastemakers of our present bloody zeitgeist.

Storytellers logically are gravitating towards lean budgeted, auteur-driven horror. Profitability in democratic capitalism leads to respectability, and the stigma once attached to gore-and-guts no longer applies. The horror genre has been underestimated and marginalized for so many years... and now,  DIY horror is the new black.