Corey Stoll is Going to be Everywhere in 2014

The 'House of Cards' star continues to build his diverse rèsumè this year - seriously, he's going to be everywhere (think Chris Messina in 2012). Here’s where you can find him in 2014. 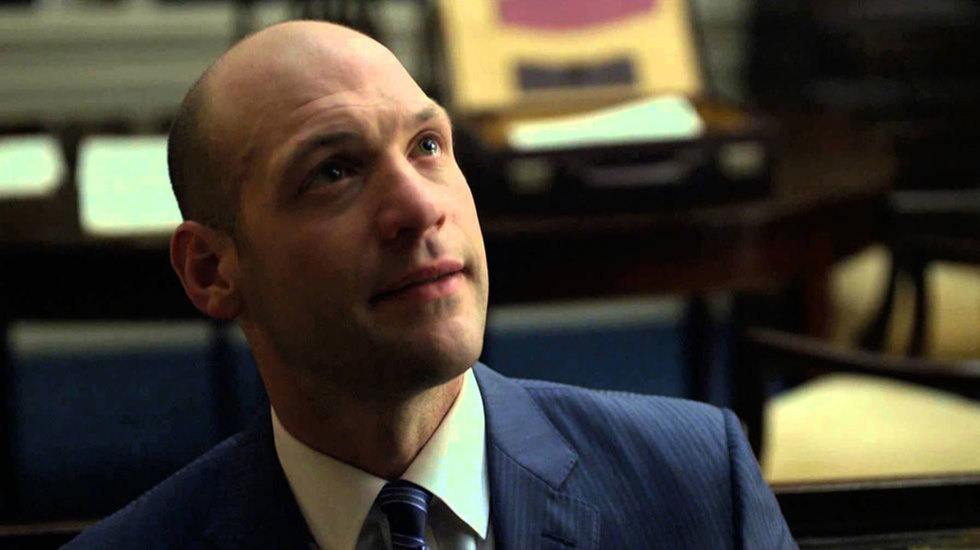 You know him as Peter Russo, the troubled congressman with a ruthless addiction problem on Netflix's House of Cards. But you've seen him before. Stoll has been a frequent TV star since the early 2000’s, acting in drama series like ER, Law & Order: LA, The Good Wife, and NCIS.

He’s also dabbled in action thrillers, starring in cult favorite, Lucky Number Slevin, and most recently, The Bourne Legacy. Stoll has even worked with Woody Allen - remember Ernest Hemingway in Midnight in Paris?

After receiving his first Golden Globe nomination for his gripping performance in House of Cards, there's a lot more to come from Corey Stoll in 2014. Here’s where you can find him.

A new vampire drama series from Guillermo del Toro and Chuck Hogan is currently in production at FX. Stoll plays Dr. Ephraim Goodweather, the head of the CDC, who must try and get to the bottom of this viral outbreak that seems to be causing vampirism.

This grim mystery thriller is based on the novel of the same name by Gillian Flynn. The film follows the Day family, with Stoll playing Ben Day opposite Charlize Theron and Chloë Grace Moretz.

Here he’s opposite Reese Witherspoon, but with the movie still in production we'll have to wait and see what the story is all about.

Stepping away from the drama for a bit, Stoll will star in this comedy based on the Jonathan Tropper novel of the same name alongside Tina Fey, Jason Bateman, Adam Driver, Timothy Olyphant, and Jane Fonda. The film follows four siblings of the dysfunctional Foxman family after their father passes, where Stoll plays the levelheaded, matter-of-fact older brother.

Stoll plays a supporting role in this drama directed by TFF alum Noah Bushel, about a former boxing champion who is suddenly accused of murder. Stoll will star with Billy Crudup and Kelly Lynch.

This mystery is told from multiple points of view after a Columbia University professor is attacked, bringing a network of different people together. Stoll will star alongside Kristen Stewart and Sam Waterson.