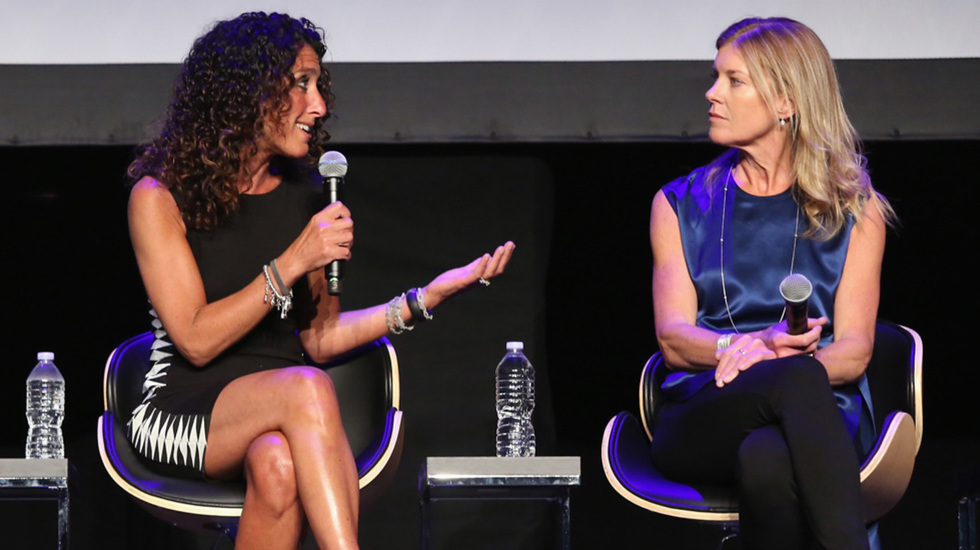 When Robin Hauser Reynolds took the stage before the screening of her latest film CODE: Debugging the Gender Gap, she took a moment to dedicate the film to her daughter, striking the thematic tone that would carry on through the film and the panel discussion.

The documentary, too, looks to young programmers to identify the cultural influences that discourage girls from pursuing careers in programming. Interviewed in the film was Pixar Animation Director of Photography Danielle Feinberg, who describes the air of intimidation that follows women who are outnumbered in the workplace. Her story about being the only woman in an engineering workshop - and the only student who managed to reassemble a working lawnmower - reveals the harrying conditions in which women are constantly asked to prove their capabilities. The same sentiment is echoed later when a high school student describes sitting in a classroom of older male programmers who had years of experience over her, astutely observing that a culture discouraging women from STEM fields had put her at a competitive disadvantage.

After the film screening, director Robin Hauser Reynolds joined GoDaddy's Auguste Goldman, Qualcomm's Tamar Elkeles, and Etsy's Jason Wong for a panel discussion with Moderator Adi Robertson. The consensus was clear - the gender disparity in the programming industry is bad for employers who need more talent on the market, bad for the talented women who need safe workplaces, and bad for business at large. Elkeles offered a pragmatic solution: more representation of female programmers in the media. Her fellow panelists echoed their support, noting that representation is key in identifying young talent early and introducing that talent into the job market builds a more robust, diverse infrastructure within the programming work force. If representation is the central process for diversified labor, then the women profiled in CODE establish the film as the first stone cast.