“Are gringos falling from the sky?” Spend your Cinco De Mayo enjoying drink specials, good company and one of cinema’s finest comedies. 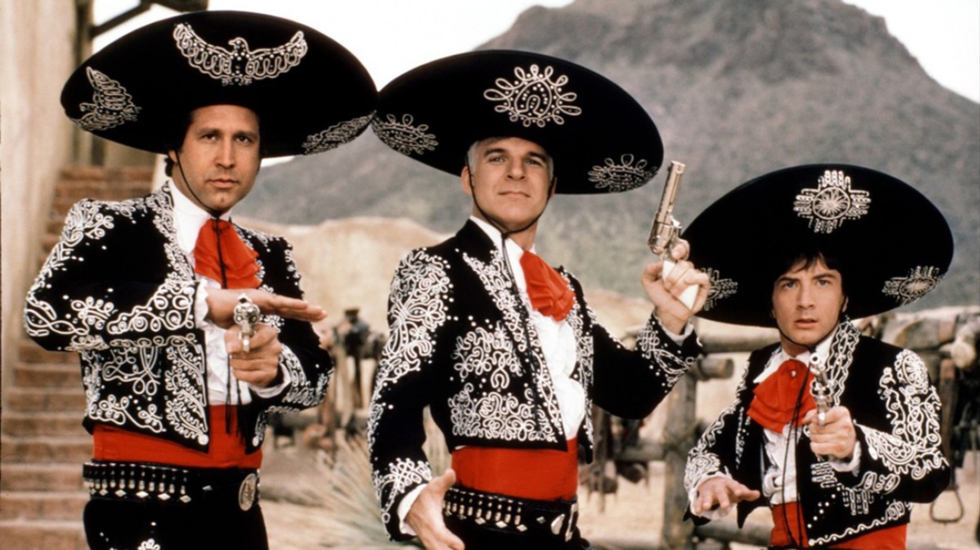 To celebrate Cinco De Mayo, Tribeca Cinema is hosting a genuine fiesta! And what better way to ring in the Holiday than with the comedy classic, Three Amigos, directed by John Landis. Starring three of the funniest men who’ve ever lived—Steve Martin, Chevy Chase and Martin Short—this SNL-inspired farce follows a group of a unemployed actors who travel to a Mexican village to reprise their famed roles as bandit fighters, only to find themselves mistaken for the real thing!

The festivities kick off at 7PM on Monday, May 5th. Tickets are only $15 dollars and include a one-hour complimentary Sobieski Vodka bar from 7PM to 8PM. Plus, you can keep the party going as the movie starts because alcohol is permitted in the TC theaters. You can truly enjoy the frozen margarita drink specials that will be available throughout the evening.

You can’t imagine what a plethora of surprises are in store for you, so act now and get your tickets! And remember, costumes are encouraged. Hasta Luego!