Make A Cameo At Tribeca Cinemas For ‘Clueless’ On August 14

Calling all Bettys and Baldwins! Don’t miss out on a chance to see Amy Heckerling’s high school classic on the big screen…with a 90s dance party and trivia to follow! 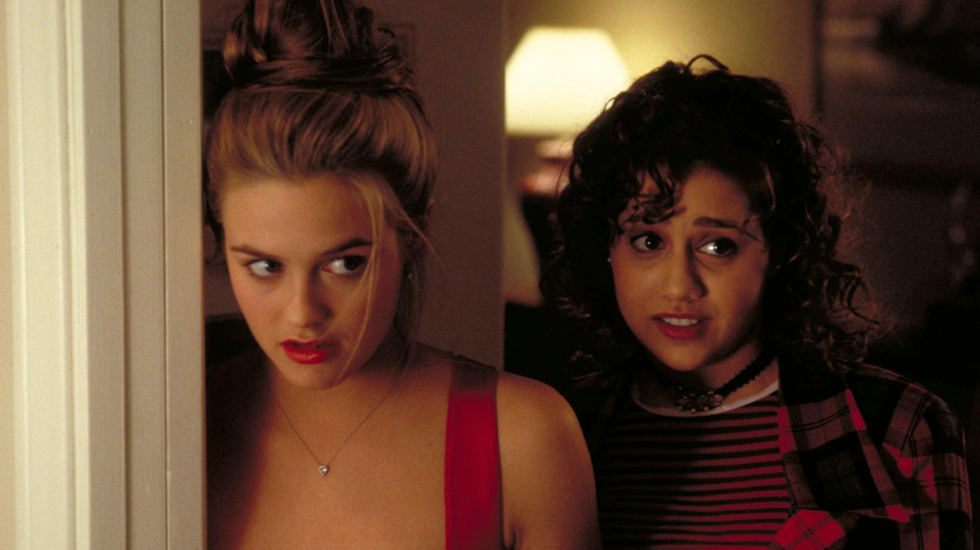 Do you know what it’s like for people to be jealous of you? Did you wear out your Cranberries CD back in high school? Are you still thinking about the Pismo Beach disaster? We have just what you need. On Thursday, August 14, our friends at Tribeca Cinemas are hosting a special screening of Amy Heckerling’s Clueless, one of the funniest movies of all times (yes, we went there).

Cher Horowitz (immortalized for the screen by Alicia Silverstone) is your typical 90s high school girl…if you grew up in the Valley. As she navigates the treachery of the high school hallways with her best friend Dionne (Stacey Dash), also named after a famous singer of the past who now does infomercials, and new transfer student Tai (Brittany Murphy, never better), Cher learns that following your heart and helping others is the key to true happiness…that is after a few mishaps, disasters and the worst driving test ever captured on film.

Since this is the last screening in Tribeca Cinemas Summer Series, you don’t want to miss out! Tickets are only $15 and include a one-hour complimentary Sobieski Vodka bar starting at 7PM before the movie begins at 8PM. Best of all? There will be a 90s trivia and a dance party after the screening!

Don’t worry. Once you get there, it’s okay to do a lap before you commit to a location.