Engage in the right kind of celebration on Columbus Day with these great, native-conscious films. 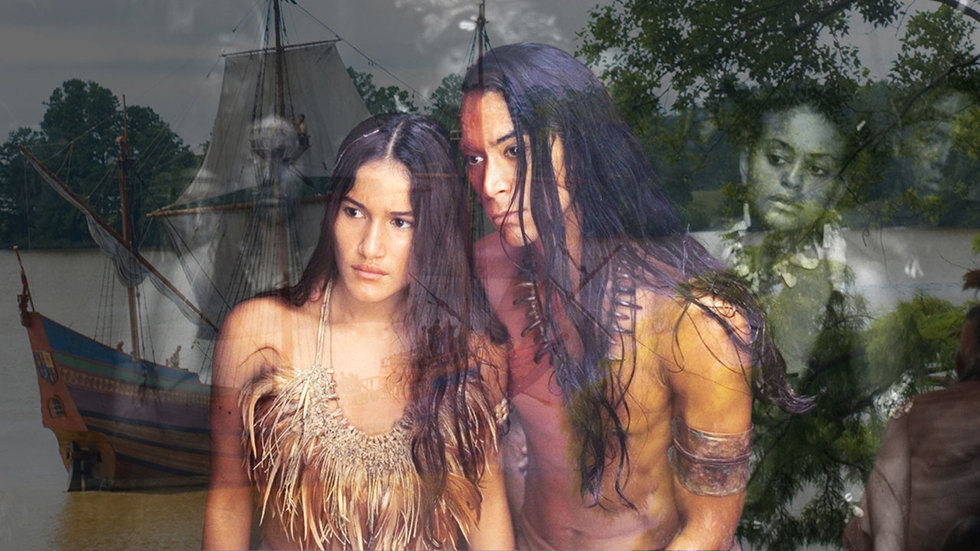 Usurpation, rape, oppression, genocide, murder, destruction—those are just a few words that describe what Christopher Columbus brought on his arrival to America. Yet every year on October 12th we celebrate his name and his "discovery" of America. For better or for worse, it's due to his arrival that we and our decedents have called the American continent home, but it came at a high cost to many.

I propose that on Monday, October 12th, we don't celebrate the Columbus' stumbling into America; rather, we should celebrate, acknowledge, and venerate the people who where here before us. Here are a few great films to help us remember who this land belonged to, as well as the unjust price they paid for us to be here.

One of the most misunderstood and under-valued films of the last ten years. The New World is an epic visual love poem to Mother Earth and our relationship to it, told through the life of Pocahontas (Q'orianka Kilcher) and her relationships with John Smith (Colin Farrell) and John Rolfe (Christian Bale). It's filmmaking at its best.

Malick succeeds in revealing a rich, hidden paradise with hypnotic, omniscient imagery that can only leave the audience in awe of its beauty, similar to the settlers first impressions. The New World touches on the pureness of the land before it was ripped away from its original owners who were later oppressed, "reeducated," and/or murdered. However, the film shouldn't be seen as a reference for its historical accuracy (books exist for a reason), but only as a basis for the world Malick creates.

The New World was filmed in 65mm, with the use of natural light, and features the photography by the genius "El Chivo" Emmanuel Lubezki (first Malick/Lubezki collaboration), and music composed by the late James Horner, in addition to Wagner's Rheingold, all of which makes it at times a celestial and even a spiritual cinematic experience.

The first of many infamous Herzog/Kinski collaborations tells the story of the ruthless Aguirre, a Spanish conquistador who travels in the company of his daughter and a group of conquistadors through Peru in search of the mythical city of El Dorado. As they venture further into the unforgivable Amazonian jungle, Aguirre's madness increases, leading the group to catastrophic fates.

A visceral story of power and greed with minimal dialogue and raw cinematography, Aguirre, the Wrath of God is considered one of Herzog's masterpieces. It gives small insight into how the New World’s vast richness drove these men to madness, destroying everything in their path in order to suffice their greed.

A fresh take on the action genre’s simple "chase" film, Apocalypto revolves around the last days of the grand and mythical Mayan civilization, where captive family man Jaguar Paw runs away from his oppressors in order to return to his pregnant wife and son. The film brings to life the luscious and majestic Mayan world that had previously only lived in history books and our wildest dreams.

Apocalypto also touches on the Mayan civilization's sophistication, its level of organization, its knowledge, and also its tremendous violence, all swept away by the coming of the Spanish. Mayan decedents still survive and are among the poorest communities in Mexico and Central America.

The winner of the Palm d'Or in 1986, The Mission is based on the true story of a successful Jesuit mission in the Amazons that was ordained to dismantle the native indigenous community. Creating tension with the Gurandi people and within their own church’s members, ex mercenary slave trader turned Jesuit priest Rodrigo (Robert De Niro) and Father Gabriel (Jeremy Irons) decide to take a stand with the Gurandi people.

Always acclaimed for composer Ennio Morricone's excellent score, The Mission has so much more to offer. There’s the contemplative pace, the excellent cinematography of the luscious Amazonian landscape, and the powerful scenes that leave the viewer thinking how the displacement and injustice suffered by the indigenous people remains unchanged.

Due to the very similar usurpation of the Aboriginal home carried out by the English, it's only appropriate to add Walkabout this classic film to the list. Two English siblings find themselves lost in the vast Australian wilderness, where they come across an Aborigine teenager who, in the midst of his walkabout, takes them under his wing. This realistic yet at times hallucinogenic journey thrives on juxtaposed imagery of the noble aborigines and trite city life, touches on the themes of life, death, and the mystery of communication. It's a surreal and beautifully haunting filmic experience that honors the Australian Outback and its history.