Home » Tribeca News » Obsessed With 'Before Midnight'? Here Are 7 Clips of Delpy, Linklater & Hawke Talking About It
View All News

Obsessed With 'Before Midnight'? Here Are 7 Clips of Delpy, Linklater & Hawke Talking About It

Now that you've seen 'Before Midnight,' you're dying to know more, right? So here are some clips from our Tribeca Talks with Director Richard Linklater and stars/co-writers Ethan Hawke and Julie Delpy that should tell you everything you want to know now that you've become obsessed. 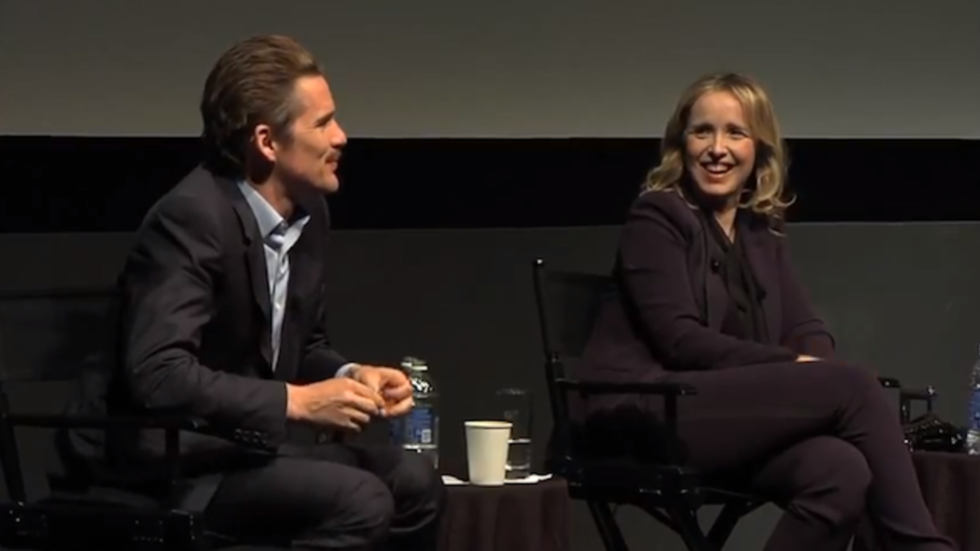 As Before Midnight has swept the land, it's left a lot of totally obsessed fans in its wake. To satiate this need, here are seven highlights from our live talk with Richard Linklater, Ethan Hawke and Julie Delpy from TFF 2013, in which the director and co-star/co-writers reflect on everything from on-screen chemistry to reformatting the concept of the romantic movie. Enjoy!

First up: the team discusses the chemistry between the two leads in the first film.

The actors and director reveal how Hawke and Delpy made their scripted lines sound so organic:

Eleminating pretension from the screenplay:

How Hawke and Delpy spiced up the repetitive rehearsal process:

The risks of making a sequel to an indie film:

A glimpse into the mind of Hawke's character, who was crafted carefully for a period of 18 years:

And, lastly, we have Julie Delpy bring up the significance of breaking the romantic film mold, and what it means for female characters in love stories:

And for even more discourse on Before Midnight, here are some great reviews: Deadspin, The Observer and Vulture.