Barney Frank was his usual passionate self in a post-screening Q&amp;A with Alec Baldwin. Here are 7 highlights from their candid conversation. 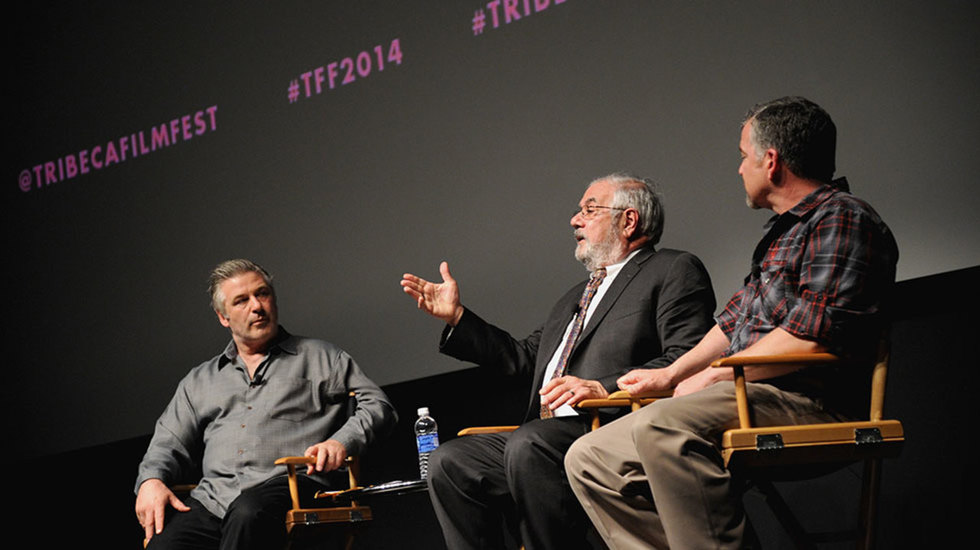 Former Massachusetts Congressman Barney Frank is known for being a captivating talker, and following a screening of a documentary about him, Compared to What: The Improbable Journey of Barney Frank, Frank was on hand for a lively Q&A conducted by Compared to What producer Alec Baldwin, not only an actor but of course a sometimes-political commentator. The film is a poignant and touching look at the bright spots (and lowlights) of Frank's career, combining a dutiful political reportage with a more personal look at Frank's sexuality, culminating with Frank's marriage to husband Jim Ready.

Here were some of Frank's sharpest points made during the Q&A.

1. The tide of discrimination was slowly beginning to turn when Frank arrived in Washington.

Frank explained that he was elected in 1980, and while it was the beginning of the Reagan years, "A respectable minority of politicians thought that gays shouldn't be discriminated against." He went on to explain that that year the District of Columbia passed a law legalizing sodomy, and while the House of Representatives shot it down, 100 Congressmen voted for striking the law - a hopeful bit of progress from previous attitudes toward gay Americans.

I would go to parties to celebrate political progress made regarding gay rights, and I would see many couples there, and then I would go home alone.

2. While Frank's professional life was blossoming, his personal life left him feeling empty.

"I would go to parties to celebrate political progress made regarding gay rights, and I would see many couples there, and then I would go home alone," Frank explained. He stated that Washington is a town where it's easy to remain single without much pressure to be otherwise, as so many politicians have families back home and thus are by themselves in town.

3. Many of Frank's House colleagues weren't as prejudiced as you might think.

Frank explained that, while there were plenty of politicians who discriminated against him on the basis of his sexuality, by refusing to support him for a chairmanship earlier in his career, he explained that this was not because his fellow Democrat politicians were prejudiced, but rather, that many represented prejudiced districts and so couldn't be seen supporting an openly gay politician.

4. Dick Cheney misrepresented him, as did many conservatives.

Many conservatives blamed Frank for Fannie Mae and Freddie Mac going under, due to Frank's chairmanship of a House committee overseeing those institutions from 2006 to 2010. However, a typical error, cited by Frank, was made by Dick Cheney in his memoir. Cheney stated that Frank made a mistaken reform to Fannie and Freddie while chairman of the committee in 2003, but in fact Frank only became the chairman in 2006! "The Republicans needed someone to blame other than operators in the private sector," Frank explained.

I would ask people, what about this bothers you? The answers were so ridiculous, and that's why we've made such progress.

5. He was a very conflicted young man.

Frank informed the audience that he has a book coming out next year, a memoir which will take, as its starting point, the twin, conflicting realizations he had when he was a young teenager: that he was gay, and that he wanted to be involved in politics. "I realized that this was going to be a bad combination," Frank opined.

6. The best defense for gay marriage is a good offense.

Frank explained that in the early days of fighting for gay marriage, he did his best to put critics on the defensive, asking them what, specifically, the deleterious effect of allowing gay people to marry might be. "I would ask people, what about this bothers you? The answers were so ridiculous, and that's why we've made such progress."

7. If he was still in politics, he would make reducing defense spending a priority.

Frank pointed out that the United States has not lost an air battle since 1953, which leads him to conclude that we probably do not need to keep outspending every nation in the world on air defense, especially when those funds could be put toward helping students overcome college debt or providing needed provisions to the poor and elderly. "The military is often inefficient in its spending," Frank explained, "Because they know that they're going to get however much money they want."

Want to hear the entire talk? Our friends at WNYC recorded a podcast of the whole thing! Listen below.