9 SXSW Winners to Stream This Weekend

With the announcement of feature films in competition for this year's SXSW festival in mind, here are some previous winners currently available to stream. 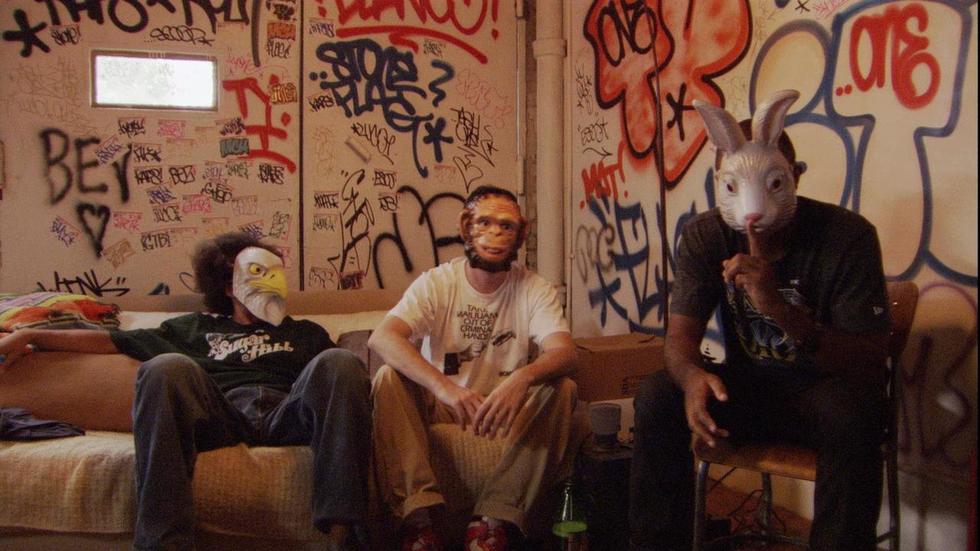 Today's announcement of SXSW's Midnighters and Shorts Program comes on the heels of last week's Features Program announcement. The slate features the world premiere of films from Jodorowsky, Mike Myers, Diego Luna, Jason Bateman and several others, promising an impressive festival this year.

While everyone is getting good and excited for SXSW, which takes place March 13-21,  we've picked out some of our favorite SXSW winners from previous years that are currently available to stream. The list features a variety of the best narrative and documentaries of years past (Gimme the Loot, The Retrieval, The Short Game) so there's definitely something for you to watch this weekend.

The Short Game
Directed by Josh Greenbaum
Watch on Netflix

2013's Documentary Feature Winner, The Short Game follows the lives and careers of 7-year-old junior golfers who are preparing for the World Championships of Junior Golf. The kids are dedicated to their sport as much as they are to being adorable, making this one an inspiring and charming doc to watch with the whole family.

In a high-profile case from 1987, Michael Morton was wrongfully convicted of beating his wife to death. He was finally exonerated from the charges in 2011 after serving 25 years in prison for the crime. Winner of the Documentary Spotlight competition in 2013's SXSW festival, An Unreal Dream details the miscarriage of justice that led to Morton's injust imprisonment.

Fourteen-year-old Laura Dekker is all set to be the youngest person to sail around the world by her self when this documentary kicks off. Dekker's project earns her global attention and a legal battle with the Dutch authorities. Earning the Visions Jury Award, Maidentrip is an inspiring odyssey for young girls everywhere.

This year's  Grand Jury Documentary Feature Winner from 2012 tells the story of Ginger Baker, the legendary drummer from the 1960s rock and roll band, Cream. Known to be moody, irate, and fielding a heroin addiction, Baker left an impression amongst his friends and family (Eric Clapton, Johnny Rotten, who contribute to the doc) to elicit this film's title.

Gimme the Loot
Directed by Adam Leon
Watch on Netflix

Two rivalling teams of graffiti writers take each other on in this Narrative Feature Grand Jury Winner from 2012. Bronx teenagers Malcolm and Sofia spend their summer chasing down the funding they need to tag a local NYC landmark and become the best writers in the city. Filmmaker Adam Leon takes us uptown for a New York City experience that is common, but typically elided in independent movies lately.

From the 2012 festival, the Documentary Spotlight winner also takes audiences to an under represented borough. The I.S. 318 school in Brooklyn is home to the highest ranked junior high chess team, where 65% of the student population lives under the federal poverty level. Brooklyn Caste profiles these prodigious kids with big dreams and sharp minds as they defy all odds to master the game.

SXSW Midnighters series presents a selection of horror films, and this winner from 2012 is as scary as they come. When Tommy's new wife is killed and leaves him to raise their newborn on his own, he becomes so traumatized that he rarely leaves his home and lives under the constant fear of his wife's killers' return. His only solution is centered around the structure known as the Citadel.

Branson, Missouri is a small town that would seem inordinary at first. But the heartwarming documentary that won the Special Jury Recognition for Directing in 2013 tells a different story of the town that preserves family values in the American tradition. With frequent live music shows that encourage those values - no cursing, nudity, gambling, but plenty of Jesus - this remote town in the midwest has become a destination for anyone looking for good, clean fun.