With powerful performances like Jennifer Aniston's Claire in 'Cake' and Rosamund Pike's Amy in 'Gone Girl' in mind, here are 8 movies available to stream now. 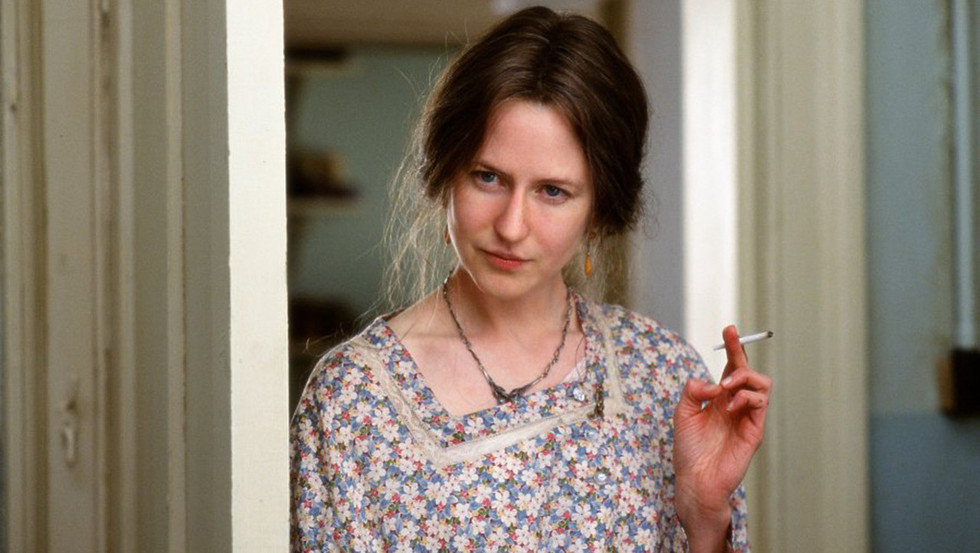 Opening this weekend is Cake, featuring the performance from Jennifer Aniston that had impressed enough critics to generate a substantial amount of Oscar buzz. Considering the performances that did make the cut (Rosamund Pike in Gone Girl, Reese Witherspoon in Wild, Julianne Moore in Still Alice,) it seems the Academy is fascinated with women battling psychological issues. Though Aniston's Claire, suffering from chronic pain and a subsequent pill addiction, certainly fits the bill, the actress was inevitably unable to secure the coveted nomination.

This week, we take a look at some of the best streaming movies that tackle the tricky issue of female mental illness. With films from Sofia Coppola, Lars Von Trier, and Alfred Hitchcock, this list takes a look at a variety of perspectives on the thin line between mental illness and crazy.

The Virgin Suicides
Watch on Netflix
Directed by Sofia Coppola

Sofia Coppola's debut film about a family of shut-ins put the young director on the map as a formidable new voice. Based on the novel by Jeffrey Eugenides, Coppola's interpretation considers the mysterious, dark, and decidedly fragile psychology of teenage girls.

Known for earning Jennifer Lawrence the Academy Award for Best Actress, Silver Linings Playbook had the actress in wild meltdowns and stoic face-offs as Tiffany, a young grieving widow. Silver Linings Playbook was the first iteration of the winning collaboration among Lawrence, Russell, and Bradley Cooper, revived for 2013's American Hustle.

Starring Kristen Wiig as Imogene, who moves back in with her mother after a failed suicide attempt. Imogene suffers from the typical ailments of a young adult whose career and relationship goes off the rails, which she has to overcome to reconnect with her family and roots.

The Hours
Watch on Netflix
Directed by Stephen Daldry

The Hours is sectioned off to tell the story of three different women - two of whom are influenced by Woolf's work, the third being Woolf herself. Nicole Kidman's performance as the troubled writer earned her the Academy Award for Best Actress in 2002, certifying that there is something compelling about women who overcome their inner demons.

In Her Skin
Watch on Netflix
Directed by Simone North

Based on a true story, In Her Skin is about a jealousy-induced psychotic breakdown that ends with the murder of a 15-year-old girl at the hands of her old babysitter, Caroline. With no pretense of mystery, the film makes transparent the workings of the murder, focusing instead on Caroline and her dark, violent motives.

Brie Larson plays Grace in last year's festival favorite, the supervisor of a group home for troubled teenagers, a taxing job that bears down on her personal life. Grace draws on her history of self harm to better counsel her charges while taking serious steps forward with her boyfriend. Check out our interview with Larson about this role.

Drawing on the history of female psychosis in art and literature, Lars von Trier's Melancholia poses one woman's crippling depression against an interplanetary event that heralds the end of the world. In an interesting character study, Kirsten Dunst and von Trier favorite Charlotte Gainsbourg play sisters with opposing approaches to the impending apocalypse.

The four members of the Alps organization - from which the film draws its name - provide a unique kind of grief counseling to the relatives of the recently deceased. By acting as the passed individual, the Alps members allow those left behind to play out their grief against a stand-in for the departed. Ambiguously edited to confuse any hard delineations between reality and acting, Alps considers the unique psychology of bereavement.