For those who consider movies to be, at their core, a cinematographic medium, these are the must-see titles for the cinephile seeking eye-popping images, heart-stopping scenery, and indelible visual storytelling in both fictional and fact-based filmmaking. These three films envision their difficult subject matters through diverse optical palettes, illustrating complex stories and tough-minded themes in ways that will challenge, dazzle, and astound audiences. 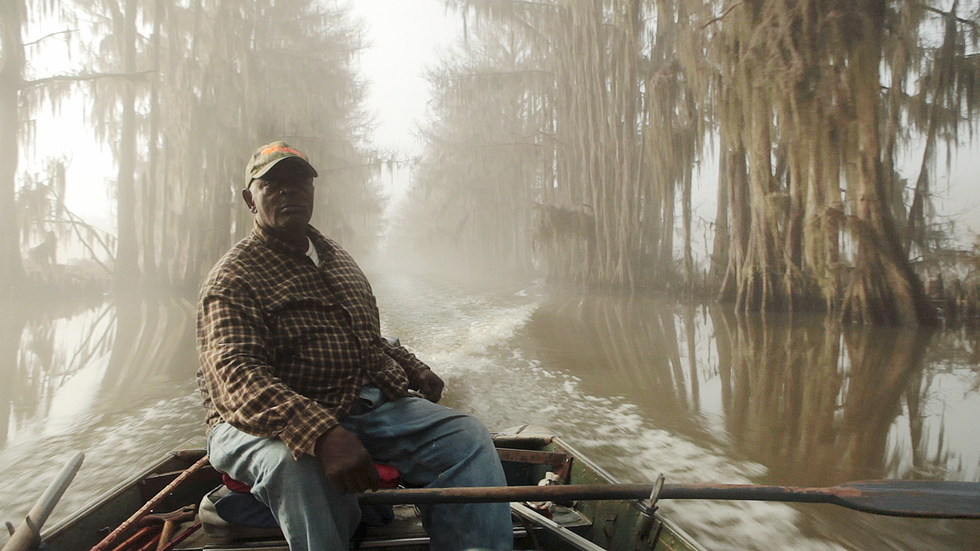 Says Associate Programmer Mallory Lance: "One of the many beautiful things about cinema is its transportive quality, its ability to show things in a new light and to give focus to the very particular images and stories which lend a universal message. These are some films that envelop the senses and take you into another world entirely." Don't miss them!

"Directors Hemal Trivedi and Mohammed Ali Naqvi craft a humanizing documentary about the big issues at hand by giving us up close access to Aziz, his longtime opponent, education reformer Dr. Pervez Hoodbhoy, and school children Talha and Zarina—a young boy and girl who are on entirely different educational paths in the religious and secular systems. Intimate and brutally honest, Among the Believers offers a rare insight into the ideological battle shaping modern Pakistan and the Muslim world." - Mallory Lance

"After the collapse of the Soviet Union, Ukraine's social and political institutions faced massive change, including an increasingly corrupt government and crippled infrastructure. A number of the nation's youth wound up homeless and addicted to a lethal cocktail of injected cold medicine and alcohol. In the early 2000s a pastor from Mariupol named Gennadiy Mokhnenko took up the fight against child homelessness by forcibly abducting street kids and bringing them to his Pilgrim Republic rehabilitation center—the largest organization of its kind in the former Soviet Union. Using gripping footage that follows the self-appointed savior's mission over the course of fifteen years, interspersing imagery from a popular Soviet animated TV show, Crocodile Gennadiy is a bold and captivating portrait of a man fighting to change Ukraine for the better, as its place in a tense political landscape hangs in the balance." - Ian Hollander

"With beautiful, vivid imagery and a haunting mood, this observational documentary presents the particulars of the town as seen through the eyes of residents that include a fishing guide with a thick, southern drawl and a dangerous past; a former addict with a vendetta against a local wild boar; and a young man decrying small town decay, but ultimately trapped by it. Uncertain offers a nuanced look at a quirky town and its residents during tumultuous change." - Dominic Davis

"Lensed in lush black-and-white cinematography amidst the gorgeous backdrop of the Costa Rican forest, an honest and genuine relationship story unfolds, lending a feeling of realism to their storybook romance in a refreshing and youthful way. This is a story about attraction and commitment for a generation whose understandings of personal freedoms and traditional limitations are more open to interpretation." - Mallory Lance

We Are Young. We Are Strong.

"Director Burhan Qurbani plunges us headfirst into this world and we watch events unfold through the eyes of Stefan, a youth intrigued by the local neo-Nazi movement; his father, Martin, an aging Social Democrat politician; and Lien, a Vietnamese factory worker. As generational, ideological, and racial tensions build, the camera swoops through the city bringing characters together and forcing them to see each other and their surroundings in a new light. All culminating in a night that will change the city forever. The tasteful black-and-white cinematography embraces the period setting while at the same time making each shot feel alive and bursting with an angry energy. The meandering camera and the intertwining narratives makes for a very visceral experience." - Jule Rozite