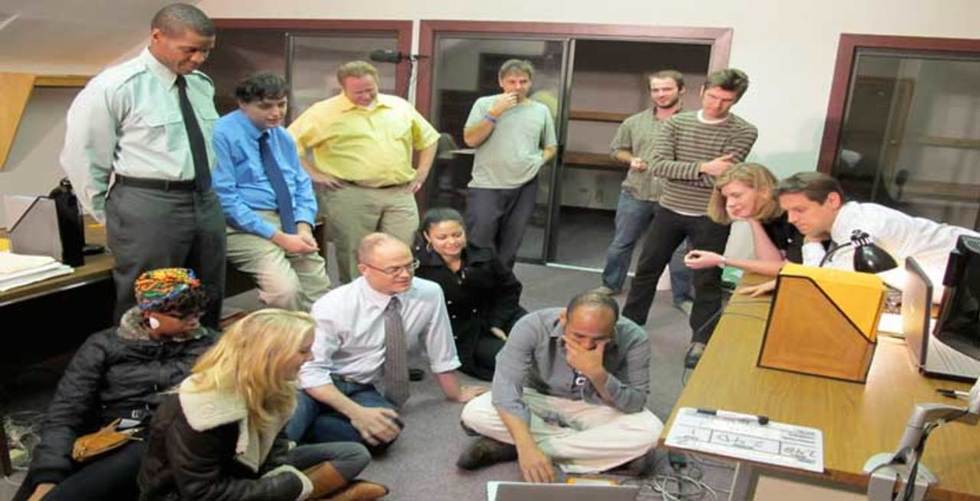 Everyone seems to agree that the Internet is the way forward for independent film. But one producer asks: might independent “TV” show the way?

I’ve heard this a lot over the past couple of years, and it came up in conversation again the other day: “TV is better than movies these days.”

In short, the gulf that has long separated film and television has narrowed. And something similar may be happening in the independent world.

Until recently, serialized content really only had one place to go: television. Now that that’s changed with online venues, there may be a new wave of quality independent series on the way. A “TV show” may become a term divorced from its original medium, like films and records.

I bring this up because I think there is an opportunity here for independent filmmakers.

With many indie filmmakers bypassing theatrical distribution entirely, more and more emphasis is placed on building your audience and your brand online.

This is easier said than done. But I think there are lessons to be learned from our experience with Pioneer One, a drama series with full-length episodes.

Conventional wisdom says for video content to work on the web, it must be two things: short and funny. Our show was neither.

We attempted to make a serious show that followed a traditional hour-long format as closely as possible, complete with commercial breaks. Most people I know watch their TV online anyway, so what would it matter if our TV show wasn’t actually on TV?

It seems to have paid off: we’ve had nearly 8,000,000 combined downloads and streams for our first 5 episodes and raised over $80,000 in donations from viewers.

But most important, we’ve been able to build a passionate and engaged audience. You might even call it a “fan base.” (We even have a fansite, complete with a spoiler section!)

Finding a passionate audience is never a given. I know, having previously released my film The Lionshare online, where we failed to inspire the same. So what’s the difference?

One of television’s strengths is its potential for long-form storytelling, a potential that’s been used to great effect in this new  “golden age” of TV.

An audience builds a relationship to the characters and story over time, and as a result, the bond created is something more substantial than what you’d get in a 120-minute one-off.

There’s more for a viewer to become invested in, and thus more opportunities for engagement such as speculation about what’s going to happen next, and anticipation for the next installment. You give them a reason to come back and make yourself “sticky,” to borrow a popular marketing term. The same can (and should) be applied to content on the web.

Now, I’m not suggesting that every filmmaker should stop making films and start making web series instead. But maybe it shouldn’t be thought of in such a binary way. Maybe there are ways to apply elements of long-form engagement to a film.

The Trip is a recent example of a TV series that was then combined and released as a film. Perhaps more films can be made in installments, released that way, and then crafted into a feature with an audience already behind it.

Or the filmmaker adds web content that continues (or pre-dates) the story of the film: anything to keep an audience engaged after the credits roll. But the key is not to make it an after-thought or a marketing gimmick, but just as rich and interesting as the film itself.

Not every film lends itself to serialization, of course, but kick the idea around for a moment.

Would it bring out something new in the material? Is there an opportunity to elaborate or go deeper with something when there’s no room in the film?

These aren’t thoughts for the marketing department. These should be thoughts during the creative conception of the film itself.