Oh, what a feeling! “War Witch,” the top prizewinner from the 2012 Tribeca Film Festival, received an Academy Award nomination for Best Foreign Language Film. Join us as we congratulate all the films associated with Tribeca that were recognized. 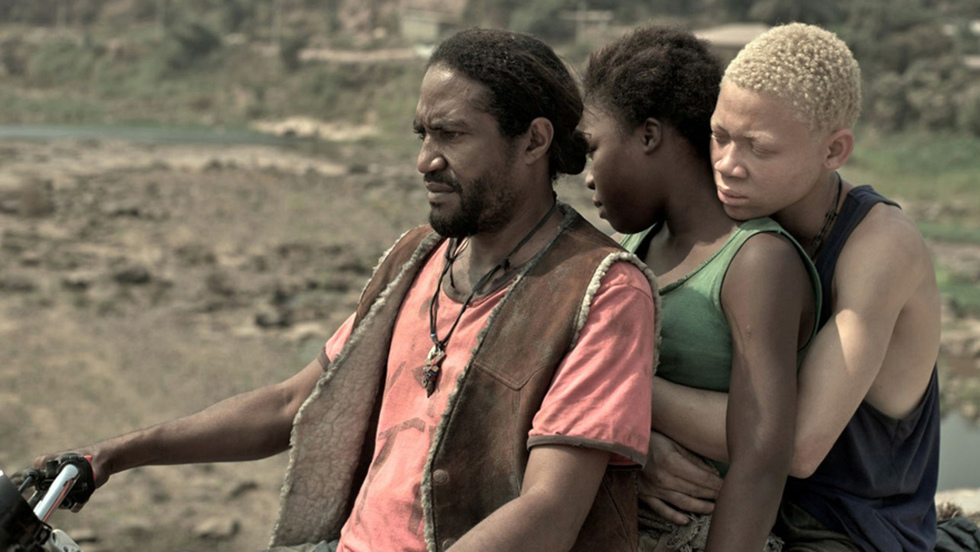 Today is a proud day for all of us in Tribeca. War Witch, which won the Best Narrative Feature Award at the 2012 Tribeca Film Festival, is one of the five films nominated in the Best Foreign Language Category at the 85th Academy Awards. Acquired by Tribeca Film shortly after the Festival, War Witch is the first Oscar nominated film for Tribeca’s distribution company, a sign of many good things to come!

Skillfully written and directed by Kim Nguyen, this poignant and harrowing film follows the life of Komona, an unwilling child soldier (masterfully played by Rachel Mwanza, Best Actress at TFF 2012) who longs for a peaceful life but cannot seem to escape the horrors of her past. Forced by African rebels to kill her parents or be killed herself, Komona is ultimately kidnapped and made to become a child solider. Eventually, she becomes a valuable asset because of her visions of ghosts that warn about impending danger. Dubbed “War Witch” by the general of the rebels, Komona and her best friend Magician (Serge Kanyinda) decide to run away and begin life anew, risking everything for a chance at happiness.

(War Witch will come to theaters & VOD soon. Sign up for the Tribeca Newsletter to be notified.)

We also want to celebrate two short films from this year’s festival, Curfew and ASAD, that were nominated by the Academy in the Best Short Film-Live Action category. Curfew, written and directed by Shawn Christensen, is a drama about a man who is considering suicide until he receives an emergency phone call from his estranged sister to watch his niece. ASAD, by writer/director Bryan Buckley, is a drama focusing on a crucial decision that confronts a Somali boy—whether to lead a well-paying life of crime on the high seas or become an honest fisherman.

In addition, the Tribeca Film Institute is proud to have Open Heart among the nominees in the Best Documentary Short category. Directed by Kief Davidson, this short film, supported by the Gucci Tribeca Doc Fund, follows eight Rwanadan children who embark on a journey to receive high-risk heart surgery.

Last but certainly not least, we must congratulate our Co-Founder, Robert De Niro, who is nominated for Best Supporting Actor for his celebrated work in Silver Linings Playbook. Congrats, Bob!

Good luck to all the Tribeca nominees! The 85th Academy Awards airs on Sunday, February 24, on ABC.