I've Got a Splitting Headache

Matthew Bonifacio has seven short films under his belt (and a few features too). He returns to TFF in 2012 with Migraine, a true New York story. 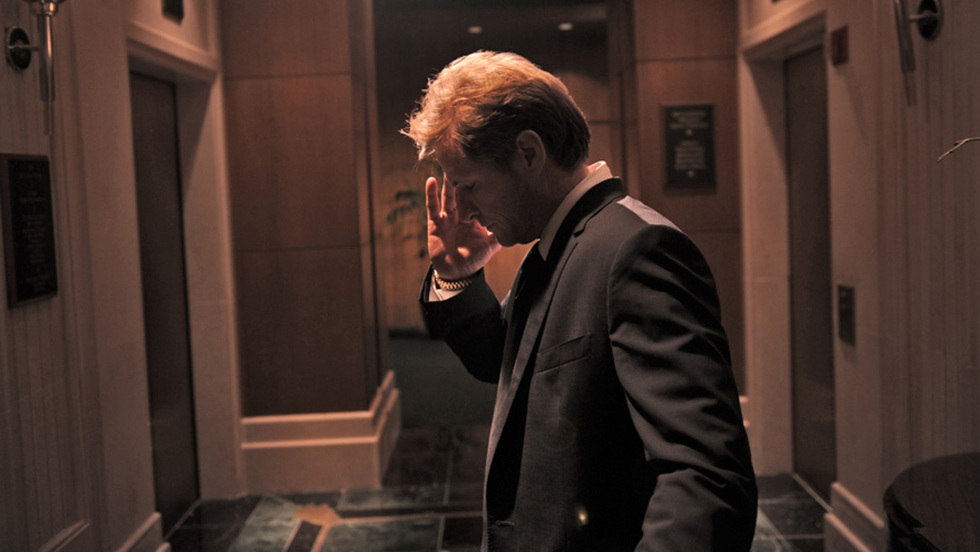 Tribeca: Tell us a little about Migraine. How do you describe the movie in your own words?

Matthew Bonifacio: Migraine is about a Seattle shoe designer who is forced to confide in his hotel’s concierge when he is struck with a serious migraine. He is sent on an adventure through the boroughs of New York City that will change his life. A friend of mine recently called it a Cinderella story. I thought that was pretty cool.

Tribeca: As the writer/director, what inspired you to tell this story? Are your films triggered by personal experiences?

Matthew Bonifacio: My producers, Michael O’Farrell, Julianna Gelinas, Joseph Barbara and I formed 6250 Productions. We actually have a feature film in development, and Michael proposed we do a short in the meantime.

So one night Michael, Julianna, and I were all bouncing around possible ideas and sharing stories at the Sofitel Hotel New York. One piece of a story really struck a chord with me and I was like, “That’s a short! Migraine is the title!” I’m a title person. Once there’s a title, I can really get into writing the story. The script is fictionalized, but various truths came together and formed the Migraine we ultimately shot.

As a filmmaker, I’ve always found myself attracted to stories about uncommon human relationships. In my first feature, Lbs., my goal was to present a truthful portrayal of one man’s battle with food addiction and the effect it had on those closest to him. Similarly, the goal of my second feature, Amexicano (TFF 07), was to present a realistic portrait of an unlikely friendship between an undocumented Mexican day laborer and an American from Queens. With Migraine, I wanted to explore the mysterious dynamic between people who share a powerful bond—yet think they have nothing in common at all.

Tribeca: You filmed your movie in NYC. What's the craziest thing (or "lightning strikes" moment) that happened during production?

Matthew Bonifacio: Michael O’Farrell was a first-time actor and had a full page of dialogue during a very important scene that we shot on an overnight in Brooklyn. The cards were stacked against him, and I’d figured on-set I’d break down his huge speech into four sections and shoot each piece separately. However, on the first take he nailed it, and I used that take in its entirety in the final edit. I was extremely impressed by his focus and execution throughout shooting, and it was very rewarding as a director to see our rehearsing and his talent combine to create a magical moment.

Tribeca: You’ve got 10 films under your belt—a mix of shorts and features. What's your advice for aspiring filmmakers looking to make their first film?

Matthew Bonifacio: Only shoot when the script is ready. Don’t rush just to make a festival deadline. Trust your instincts. Have a clear vision, but don’t pretend to have every answer. Others may have better ideas than you at times and that’s okay, because it doesn’t take just one person to make a film. The film is bigger than everyone. If you don’t have an acting background, take acting classes, read books, watch actor interviews, get inside the actor’s head. Every actor has a different approach and style, and you have to be able to identify it. Don’t be intimidated by actors, they just need some love, attention and simple but specific direction.

Use your own unique voice and don’t think too much about making a film to please an audience. Tap into what personally moves you and make that film. It’s more satisfying to watch a film that means something to the filmmaker than to watch a film we’ve seen over and over again. I always say, if you pitch someone your idea and they say, “Who would see that? Don’t make that film,” I’d say, “Make it!” because it’s probably more fresh and original than what’s out there. Challenge yourself. Challenge your team. Treat everyone with respect—your production assistant may hire you one day. Now go make a great film!

Tribeca: For the uninitiated, what do you think differentiates short films from features (aside from the length)? What do you like most about making short films?

Matthew Bonifacio: There’s a reason why short films, both narrative and documentary, are honored at the Oscars, and that’s because making a good short film is just as hard as making a good feature. Short or long, the filmmaker’s job is to tell a compelling story, and it’s very difficult to establish a beginning, middle and end in only 5, 10, or 15 minutes of total running time. It is also often even more challenging to get strong performances and engage an audience. I love the development process of a short film—creating this little story and figuring out what twist I can throw at the audience to make it memorable.

Tribeca: What are you most looking forward to about your return to Tribeca?

Matthew Bonifacio: There’s nothing like being a New York filmmaker and having your film screen at the Tribeca Film Festival. Even though I’ve had films here in the past, the excitement and anticipation never gets old. I’m also very excited for members of the cast and crew who have never been to Tribeca before to experience it for the first time with Migraine.

Tribeca: If you could have dinner with any filmmaker (alive or dead), who would it be?

Matthew Bonifacio: It’s so hard to name just one. Taxi Driver. Manhattan. West Side Story. The Royal Tenenbaums. The Squid and the Whale. The Godfather (I & II). The King of Comedy. Okay, I’ll stop.

Tribeca: What would your biopic be called?

Matthew Bonifacio: TBD. I’m hoping I have a lot more time before anyone would need to title my life story.

Matthew Bonifacio: I think any film that makes it into this festival is a must-see. Of course, I hope a lot of people get the chance to see Migraine and something from the film stays with them long after they’ve seen it.