As the two-time Oscar nominee's sophomore doc hits PBS, we had to ask: how did a New Yorker end up making a movie about a decidedly red-state sport? 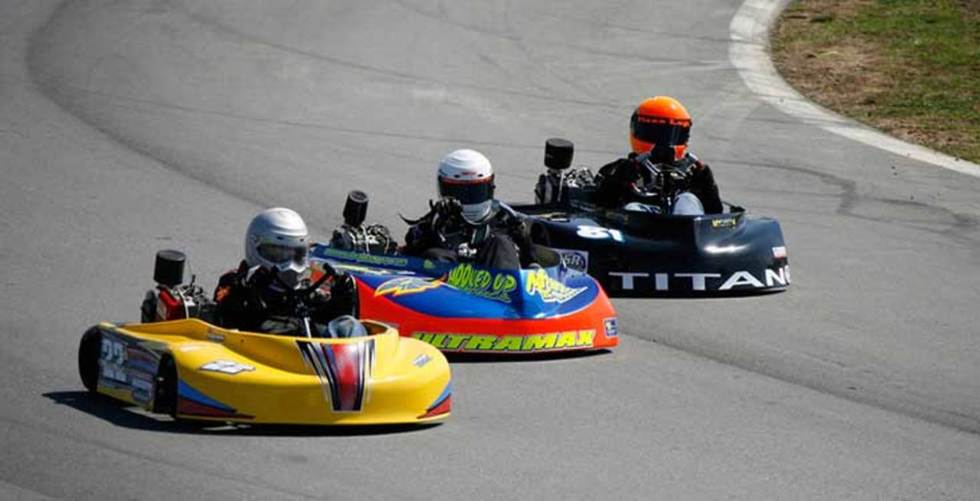 Note: This piece originally ran in July of 2010. We are reviving it because Racing Dreams can be seen on the PBS series POV next Thursday, February 23, 2012. Also, look for Marshall Curry at the Academy Awards, as his most recent film, If a Tree Falls: A Story of the Earth Liberation Front, is nominated for Best Documentary Feature.

Director Marshall Curry’s first documentary film, Street Fight, followed Cory Booker’s bruising run for mayor of Newark, N.J. The film took off at the Tribeca Film Festival in 2005—where it won the Audience Award—and went on to be nominated for both an Academy Award and an Emmy.

Curry’s next documentary, Racing Dreams, looks at a very different part of America. It premiered at TFF 2009, where it was named Best Documentary Feature, received great critical acclaim, and was soon optioned by Dreamworks for a fictional remake. Racing Dreams will air on the PBS series POV next Thursday, February 23, 2012.

We asked Curry to explain how he, a New Yorker, ended up making a film about an offshoot of NASCAR. And while he's at it, why should a New York audience care? (For the record, Racing Dreams was one of top-10 must-sees of 2009.) He's very convincing, and we hope you'll see the film this weekend...

NASCAR is the second biggest spectator sport in the country after football. It’s more popular than basketball or even baseball. And yet, here in New York, no one seems to know anything about it. Quick: can you name three NASCAR drivers?

A few years ago I began to wonder how it was possible that in a city this diverse, where we’re exposed to such an amazing variety of cultures, so many of us could be so ignorant about America’s second-favorite past time?

It seemed like something I should learn about if I wanted to understand the red-state/blue-state divide (or, more accurately, the “New York/rest of the country” divide), and so I wrote down “NASCAR” and dropped it into the file I keep of documentary ideas.

Soon after, I read an article about extreme go-kart racing—a nationally competitive sport in which 11- and 12-year-olds drive karts that go 70 mph (!). It’s widely considered to be the Little League for NASCAR, and a lot of the top professional drivers started out in the series. I went to a few races to see for myself, and it was unbelievable. The racing was noisy and dangerous, and the kids were smart, funny and dazzlingly charismatic.

I put aside the project I had been working on and dove in. I found two boys and a girl—Josh, Brandon, and Annabeth—who were great racers with magnetic personalities. They were at that perfect age where they were old enough to be interesting and insightful, but young enough to be open and unrehearsed. They began to teach me about their passion for racing.

Meet Marshall and the kids here:

According to Richard Petty, who is the greatest NASCAR driver of all time (think Wayne Gretzky/Michael Jordan/Pele rolled into one), there’s something universal about racing. He was once asked in an interview, “When do you think the very first race occurred?” and he answered, “As soon as they built the second car.”

When I told the kids in the film that most New Yorkers don’t have cars, and a lot of us don’t even have driver’s licenses, they couldn’t believe it. To them, racing is a just a part of the larger story of growing up. The three-day race events are where you fall in love for the first time. Races are where you test your inner strength and figure out who you are. And races are where you bond with—and declare independence from—your parents.

Annabeth told me, “When you are 11 or 12, everyone is always telling you what to do. But when you are racing, you can’t hear anyone else. Should I pass this guy? Should I wait a lap? It’s all up to you.”

For the parents, racing is just an addiction, and as Annabeth’s mom says, “We’ve got it bad.” She explained to me early on: “A lot of people don’t understand racing. They think it’s just cars going around in circles. But we don’t understand, say, baseball. To us, that’s just guys standing around in a field, hoping someone will hit ‘em a ball—and they might not even hit it to him—so we think that’s crazy…”

It was such a great comment, because it reminded me that everything seems absurd when it’s viewed from the outside—whether it’s racing or baseball or jazz or documentary film. But once you get inside a little bit and start to understand, for instance, what makes a good pass in a race, it suddenly comes into focus and life becomes a little bit richer. It’s a nice lesson about stretching yourself and paying attention to the world.

Racing Dreams can be seen on the PBS series POV on Thursday, February 23, 2012.

For more on the film, visit the official website.