Five 2013 Movies That Prove The Kids Are Not All Right

Debauchery, materialism, and drug use, oh my! After this year in cinema, we’re concerned for future generations. 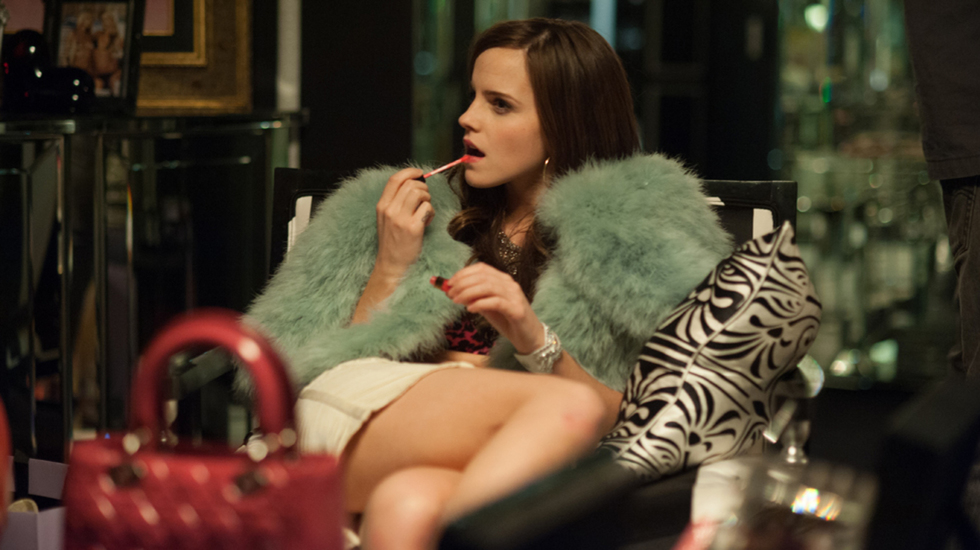 It’s harder than ever to make that difficult transition from childhood to adulthood. Gone are those carefree days of riding bikes in the neighborhood till dark or attending  chaperoned parties. And curfews? Forget those. Kids are growing up faster than ever before.

As we reviewed this year in cinema, we found 5 films that confirm our worst fears about the future leaders of America.

In this booze-soaked collegiate quest, two friends must find their token Asian pal, who has drunkenly disappeared into the night on his 21st birthday, and get him home before his father comes to collect him in the morning. With the writers of The Hangover at the helm, the film aspires to and reaches new highs of depravity that include plentiful alcohol, drunken frat boys urinating freely, kinky Latina sororities running rampant, and tampons treated as snack food by clueless drunks.

Sophia Coppola’s candy colored ode to materialism, greed, and celebrity obsession paints an uncomfortably accurate portrait of the lives of entitled rich kids in SoCal. Sporting their designer labels proudly, the teens in The Bling Ring gulp down their Starbucks lattes, commit minor felonies and trade the schoolyard for night clubs as they seek fame and fortune at any price…as long as they don’t have to foot the bill.

While we’d like to think there are no creatures on Earth like James Franco’s Alien, we’d probably be wrong. Funding their vacation by robbing a diner, the bikini-clad heroines of Harmony Korine’s neon-lit epic drink heavily, experiment with drugs, and flaunt their maturing bodies on the beach. Though Selena Gomez makes an early exit (presumably to keep her good-girl image intact), the others willingly lose themselves in a criminal lifestyle full of money, guns, drugs and sex. Eek.

Long gone are the family values associated with the Cleavers or the Nelsons. This surprisingly amusing comedy about a pot dealer and the fake family he acquires   to move a huge shipment of weed was a hit at the box office. The stand out character was Scottie P (played by the hilarious Mark L. Young), who shined/horrified as the idiotic teenaged carnie who hits on Emma Roberts. With his misspelled tattoos, long greasy hair and clueless attitude, Scottie P is every parent’s (or surrogate parent’s in this case) worst nightmare.

We Are What We Are

Kids don’t necessarily have to have access to the Internet or video games to become monsters. Tasked by their father to continue their family’s cannibalistic traditions, the two teenaged daughters reluctantly comply with horrifying results. As the authorities begin to catch on to their decade-long ritual, the Parkers must employ murderous subterfuge to protect their way of life.