HBO's documentary division has acquired the rights to the doc. 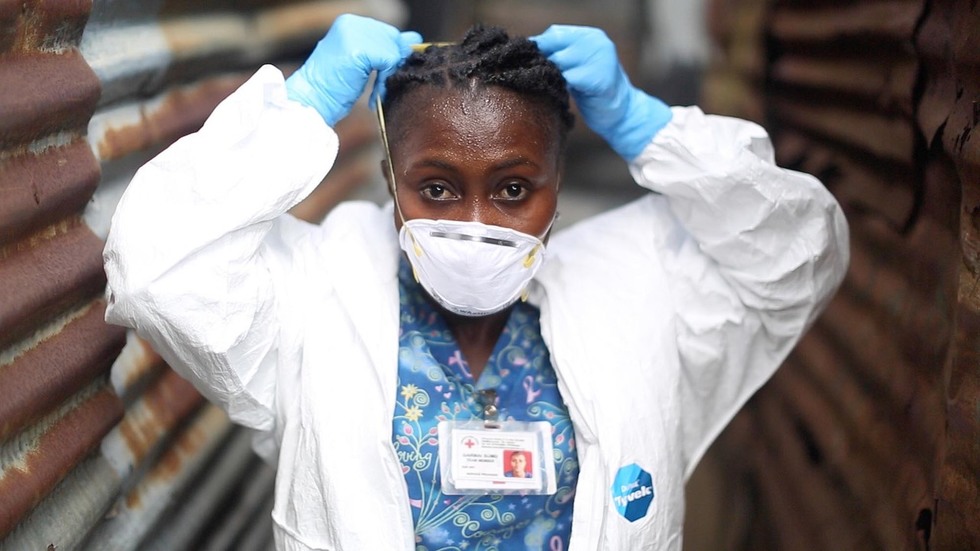 The competition's jury, which included Steve Buscemi, Debi Mazar, Katherine Oliver, Theo Rossi, and Vanessa Williams, collectively praised the film as "a spiritual and inspiring story of personal courage and commitment," before declaring, "The filmmaking team takes us on a fearless journey that restores our faith in humanity and inspires viewers to be optimistic despite facing the most extreme challenges."

Body Team 12 follows the story of the Liberian Red Cross workers who have been assigned the grueling task of collecting the dead bodies during the height of the Ebola outbreak. Shot on the ground in Monrovia, Liberia, the film recounts the devastating epidemic through the perspective of Garmai Sumo, the body collection team's sole female member, pictured in the marquee.

"Body Team 12 is a tribute to those heroes, and it is our hope that a presentation on HBO will honor these body teams and lead to greater exposure of their determination and tireless efforts,” said Darg.

The short was also nominated recently for an IDA (International Documentary Association) Award for Best Short.

Body Team 12 will debut on HBO in February of 2016. Watch the trailer below: