15 Awesome Vines By Kids Who Don't Care What Anyone Thinks

Vine is a creative medium where goofiness and honesty are the keys to popularity. In honor of the new school year, here are some of our favorite examples of young Viners using the platform creatively and for good. 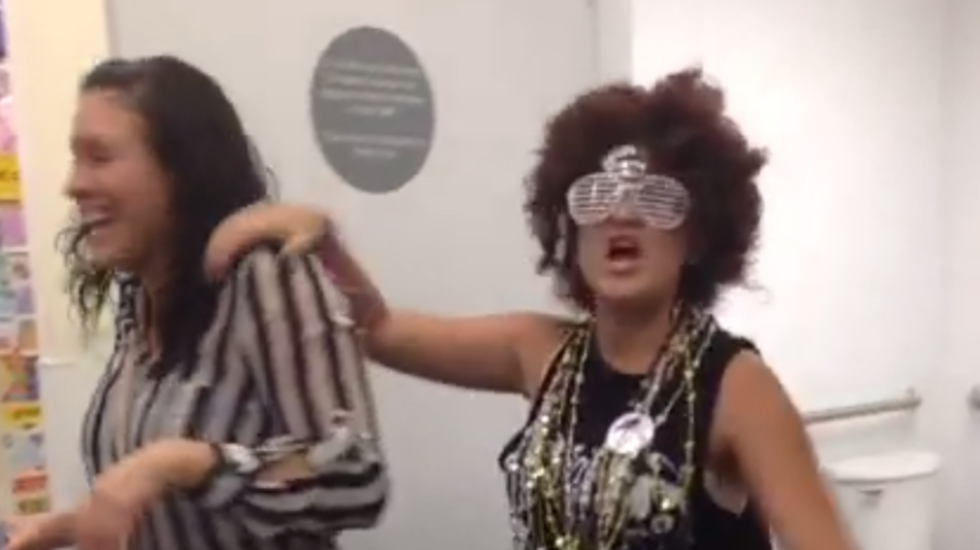 A few months ago, CBS New York reported on Vine being a new tool used by high schoolers to harass their peers and faculty. The discreet and quick video app proved to be perfect for filming people without their permission and creating mean parodies of each other.

But, so far, those Vines have yet to surface on any significant Top 10 list, since the most popular Viners are the ones who make fun of themselves or do socially gutsy, publicly-humilating stunts. Brittany Furlan's Vine of her "accidentally" burning herself while singing into her curling iron was featured on Jimmy Kimmel. Jerome Jarre has steadily gained an impressive following from his Vines, all of which involve him approaching strangers who may or may not like him.

One would think this kind of behavior would be unfathomable to the average teen, lest their silliness ends up backfiring and providing prospective tormentors with everything they need to deem them a loser or freak. But these young Viners (all of whom are in the Top 100 Vine Users list, according to Seenive) seem anything but self-conscious, and, and are riding the self-mockery train all the way to popularity. Here are our favorite examples.

I got that no plans sadness, by Princess Lauren

No one ever wants to admit they're spending a night in, but Princess Lauren owns up to her social vacancy with a well-sung song and some Chipotle.

Oops did I scare you? by Princess Lauren

She's done quite a few of these, always changing up the costumes (and the startled strangers).

I believe, by Princess Lauren

Coming up with a dare that is too much for Princess Lauren must be a challenge!

Me everytime applause comes on, by Lohanthony

This internet superstar lives up to his title by busting out some serious moves.

It's rare to see such self-awareness at such a young age.

I don’t mind the hate comments at all, by Marissa Mayne

As a core member and promoter of @TeamBullyProof, an anti-bullying Twitter group, Marissa Mayne makes it pretty difficult for people to put her down, as she responds to negative comments about her appearance by Vining herself eating or making funny faces.

Won’t catch me slippin, by lizzza

Like Brittany Furlan, lizzza has no issue with taking less flattering videos of herself for the sake of comedy.

This totally beats the generic "arm on the hip" prom pose.

This one’s for you Raven! by lizzza

After Raven Symone followed her on Twitter, lizzza did a flawless impression of her childhood hero, right on Vine (and, from the looks of it, in a classroom as well).

When you’re trying to be sexy and your mom walks in, by Matthew Espinosa

Any guy who can bust a move AND be funny will always be cool. Let this Vine be proof enough.

This soundbyte should be every former bullying victim's ringtone.

While some teens freak out from being seen in the near vicinity of their parents, Tasia just has a good time with her dad.

My girlfriend, by Cameron Dallas

You’re worth it, by Cameron Dallas

Cameron sends out some love to those considering self-harm.

Who needs to make fun of others when you can be Superman?